As per reports, a convoy of about seven trucks — carrying clinker and coal from a factory — were fired upon, and then set ablaze. According to police, intelligence inputs suggest that an outfit called the Dimasa National Liberation Army (DNLA) was behind the attack. 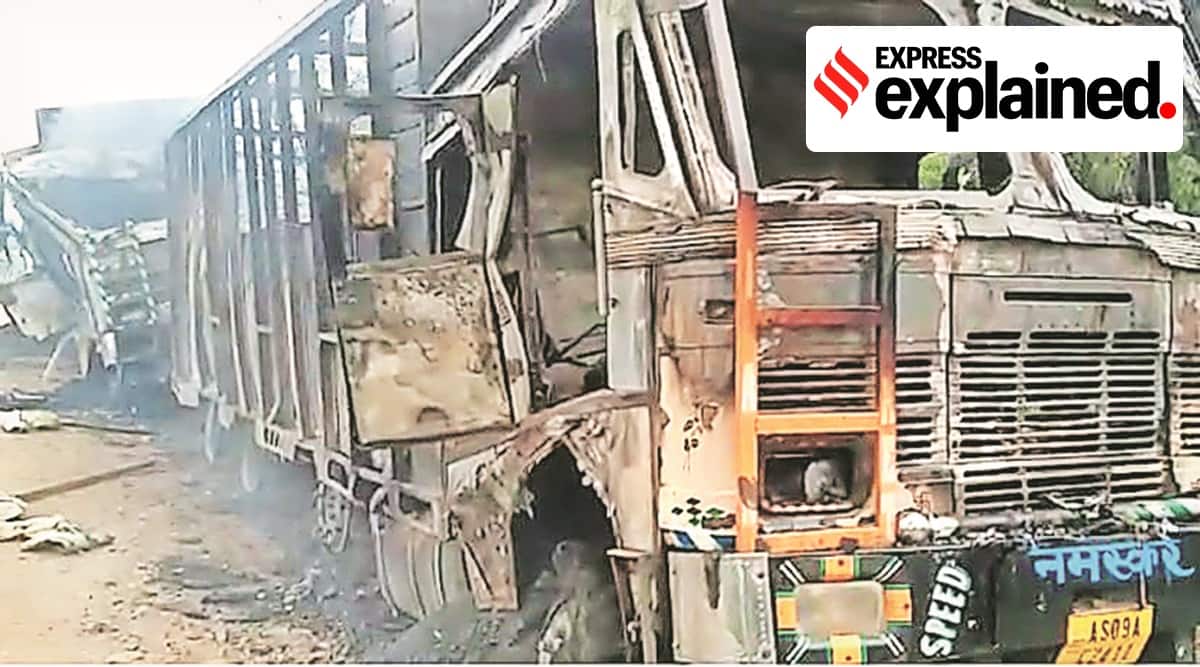 On Thursday, a suspected militant attack left five truckers dead in Assam’s Dima Hasao hill district. As per reports, a convoy of about seven trucks — carrying clinker and coal from a factory — were fired upon, and then set ablaze. According to police, intelligence inputs suggest that an outfit called the Dimasa National Liberation Army (DNLA) was behind the attack.

What is the DNLA?

It is a new insurgent group, formed in 2019. It has not claimed responsibility for the attack. When it was formed, it had said in a release that it was “committed to revamp the national struggle and fight for the liberation of a sovereign, independent Dimasa Nation”. It aimed to “develop a sense of brotherhood among the Dimasa and also to rebuild the trust and faith among the Dimasa society for regaining the Dimasa Kingdom”.

Special DGP (Law & Order) G P Singh said the group was “another one in a series of militant organisations in North Cachar Hills (Dima Hasao) district claiming to represent interest of Dimasa people”.

The group runs on extortion and taxation. “It draws its support and sustenance from the NSCN(IM) [of Nagaland],” said Singh. The trucks attacked on Thursday were travelling from a cement factory, owned by a subsidiary of the Dalmia Group. According to Singh, the attack was aimed at “sending a message” to the Dalmia Group in particular, and other industries, to extort money.

The Dimasas (or Dimasa-Kacharis) are the earliest known rulers and settlers of Assam, and now live in Dima Hasao, Karbi Anglong, Cachar, Hojai and Nagaon districts of central and southern Assam, as well as parts of Nagaland.

Edward Gait, in his book ‘A History of Assam’ describes the Dimasa-Kacharis as “aborigines” or the “earliest known inhabitants of the Brahmaputra Valley”.

Prior to Ahom rule, the Dimasa kings — believed to be the descendants of the rulers of the ancient Kamarupa kingdom — ruled large parts of Assam along the south bank of the Brahmaputra between the 13th and 16th centuries. Their earliest historically known capital was Dimapur (now in Nagaland), and later Maibang in North Cachar Hills.

“It was a powerful kingdom and had almost all of the southern belt of Brahmaputra under its control in the 16th century,” said Uttam Bathari, Associate Professor of History at Gauhati University.

What is the history of militancy in Dima Hasao?

The hill districts of Assam — Karbi Anglong and Dima Hasao (earlier North Cachar Hills) — have had a long history of insurgency by Karbi and Dimasa groups which peaked in the mid-1990s, and was rooted in a core demand of statehood.

Both districts are now protected under the Sixth Schedule of the Constitution, and allows for greater political autonomy and decentralised governance in certain tribal areas of the Northeast. They are run by the North Cachar Hills Autonomous Council and the Karbi Anglong Autonomous Council respectively. 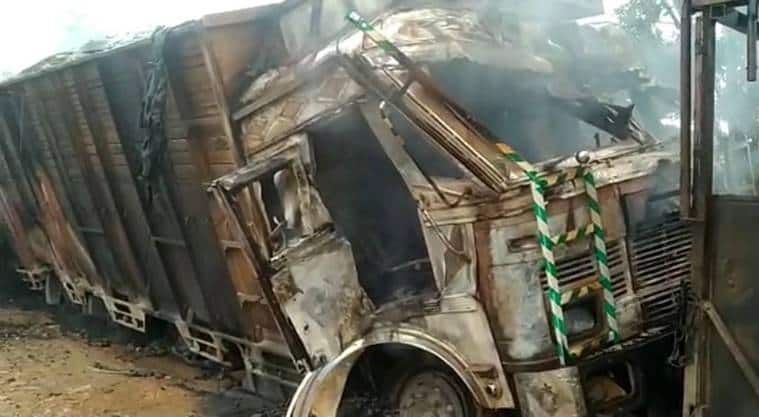 In Dima Hasao, the demand for statehood began in the 1960s, along with other tribal sections of undivided Assam. While new states such as Meghalaya were carved out, Karbi Anglong and North Cachar remained with Assam on a promise of more power by the then Congress government, including implementation of Article 244 (A), which allows for an ‘autonomous state’ within Assam in certain tribal areas. This was never implemented.

A demand for a full-fledged state, ‘Dimaraji’, gathered steam, and led to the formation of the militant Dimasa National Security Force (DNSF) in 1991. The group surrendered in 1995, but its commander-in-chief, Jewel Gorlosa, broke away and formed the Dima Halam Daogah (DHD).

After the DHD began talks with the government in 2003, Gorlosa broke away again and formed the Dima Halam Daogah (Jewel) (DHD-J), with an armed wing called Black Widow. Bathari said these groups were “quite strong” in the 1990s-2000s and had “a popular support base”. “There was a lot of violence, killing, and extortion,” he said.

Gorlosa was arrested in 2009, signed a ceasefire agreement in 2012, and joined mainstream politics. In 2017, a National Investigation Agency (NIA) court convicted him and 14 others for diverting government funds to insurgent groups for terror activities between 2006 and 2009.

A senior journalist from Dima Hasao, who wished to remain anonymous, said the area was a hotbed of insurgency in 1994-95 and again in 2003-2009, but has been largely peaceful in the last decade.

What about the DNLA?

The journalist said the group was “not a big organisation”. “However, they have tried to be active in the last year or so,” he said. “There have been extortion attempts, and firing incidents – but none as big as what happened on Thursday.”

Special DGP Singh said the group, when formed, had a strength of about 20-25. In May, a police operation led to the death of six of its top cadres. “Current strength is about 12-15,” said Singh.

In Bathari’s assessment, the group’s main demand is the formation of the pre-colonial Dimasa state so that they can be brought under one political unit.

“If you see the couple of videos the group has put on social media, it is clear that they are playing on the sentiment of the pre-colonial Dimasa state,” said Bathari. This basically draws from the public memory and imagination of a time when the tribe put up a strong resistance to those who tried to usurp their power. “Dimasas resisted Ahom dominance for long. So even today, this memory of a rebellious streak runs strong. They often question that if they could once rule vast tracts of land in Brahmaputra and Barak Valleys, where do they stand today?” said Bathari.

Added to it is a feeling of neglect over the years. “If you travel to interior areas, it is evident that they live in poor conditions – bad roads, no connectivity, and few schools. Discontent stems from there too,” said Bathari.

What is the significance of the attack?

It comes at a time when the government has been making efforts to bring militant groups to the mainstream. As per government data, 3,439 militants have surrendered since 2016, when the BJP first came to power. Also, when the Bodo Peace Accord was signed in January 2020, all factions of the militant National Democratic Front of Bodoland (NDFB) gave up arms.

“This [the attack] comes at a time when tourism and development was gaining momentum in Dima Hasao,” said the journalist.

Special DGP Singh said: “Now we have to neutralise them [DNLA] on an urgent basis.”

BJP spokesperson Pijush Hazarika said the government would take “all steps at the strictest level to bring them to book”.

After July, August too set to record less than normal rainfall: IMD

Punjab Board 10th result: Daughter of truck driver who had no money to pay for classes tops exam