The MHA also issued guidelines for the release of Indian citizens quarantined after foreign travel, saying they would be given transit passes to reach their homes, but would have to bear their own expenses. 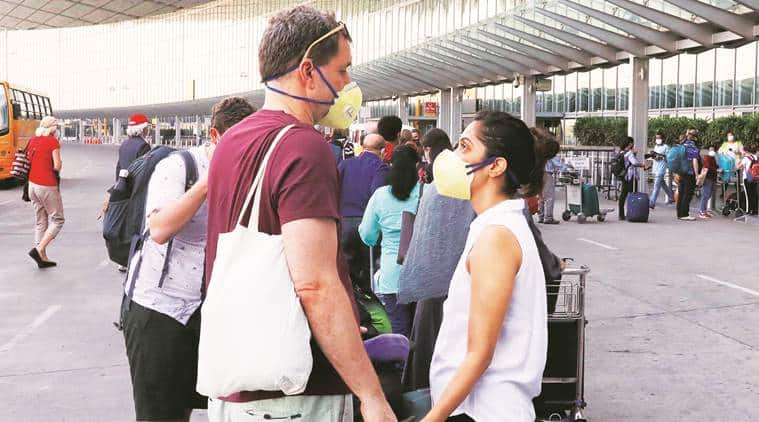 After several countries approached the Centre for evacuation of their citizens who are quarantined in different parts of the country, the Ministry of Home Affairs (MHA) on Thursday issued new Standard Operating Procedures (SOPs) allowing these foreigners to leave the country — in chartered aircraft arranged by their respective nations — after they test negative for COVID-19 infection.

The MHA also issued guidelines for the release of Indian citizens quarantined after foreign travel, saying they would be given transit passes to reach their homes, but would have to bear their own expenses.

“It has been brought to the notice of this Ministry that a number of foreign nationals are stranded in different parts of the country due to lockdown measures. Some foreign countries have approached the Government of India for evacuation of their nationals to their countries. In view of the above, it has now been decided that requests received from foreign governments, for evacuation of their nationals from India, would be examined by the Ministry of External Affairs (MEA) on a case-to-case basis,” the MHA addendum, issued on Thursday, said.

Prior to departure, foreign nationals would be screened for infection symptoms. “Only those foreign national(s) would be allowed to leave, who are asymptomatic for COVID-19. In case of symptomatic person(s), the future course of treatment would be followed, as per the standard health protocol,” said the addendum.

According to the ministry, once endorsed by the MEA, foreigners would be evacuated in chartered aircraft “arranged by the concerned foreign government in consultation with the Ministry of Civil Aviation”.

According to the new norms, local embassies/consulates of respective nations will have to arrange for a foreigner’s transit from their place of stay. The ministry added that an evacuee would be issued a transit pass, which would be honoured by all states in the transit route, it said.

For foreign-returned quarantined Indians who have now tested negative for COVID-19, the MHA said they would be released “as per standard health protocol” but “this will not apply to a group, where even one person tests positive for COVlD-19.”

These are people who returned from foreign shores after February 15.

“These persons are expected to return to their homes, or to the homes of their families/relatives/friends or to other places of shelter like hotels, etc., by making their own transport arrangements,” the addendum said, adding that they too would be issued a transit pass. However, those allowed to go home would have to quarantine themselves for an additional 14 days, as a precaution, the rules state.

Citizen birding during a pandemic: The near and the far of it

RRR collections:  Rajamouli, there is no limit to that greed