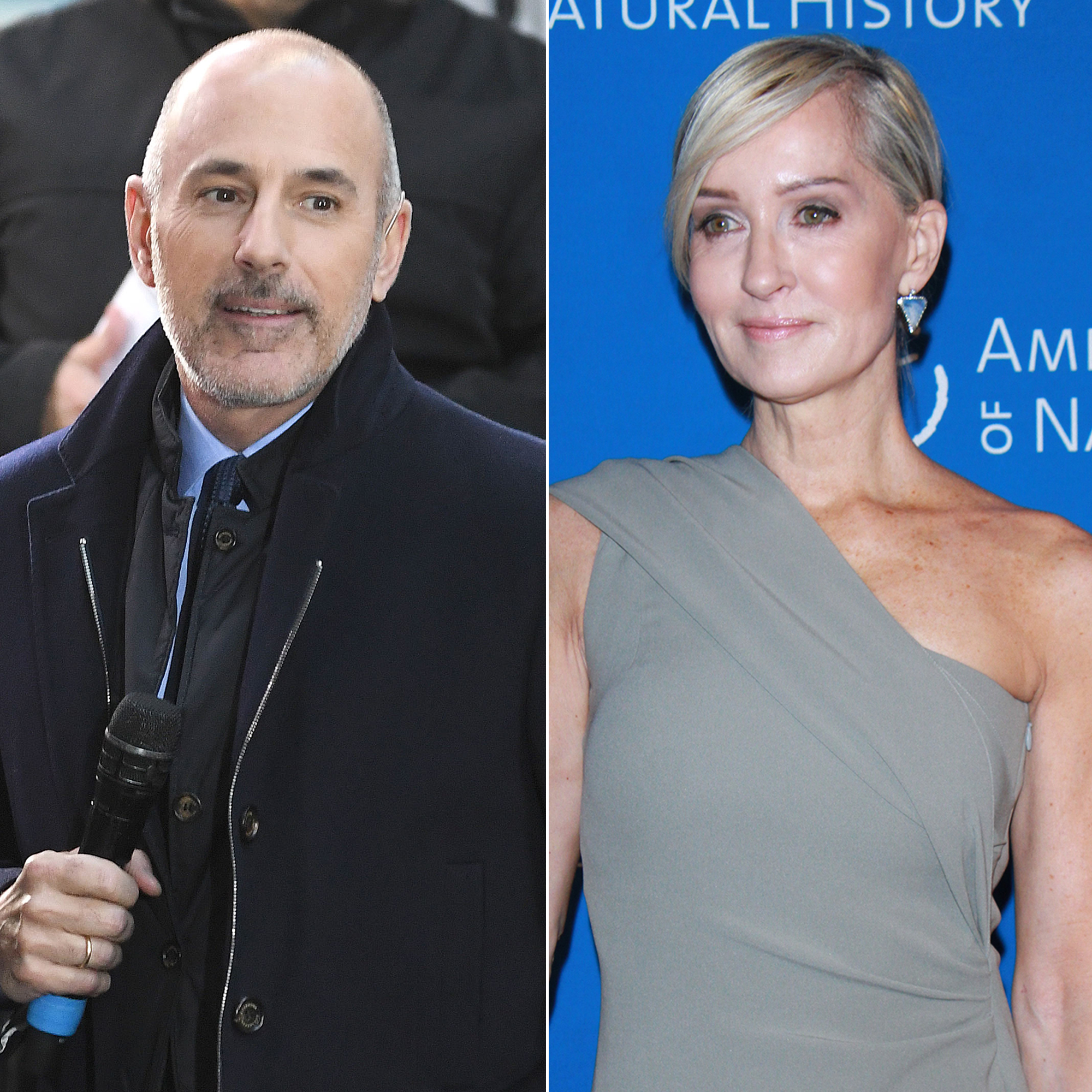 One day at a time. It’s been two years since Matt Lauer was fired from NBC amid sexual misconduct allegations, but his children are starting to feel like their lives are back to normal again.

Hilary Gumbel, a close friend of the 61-year-old former news anchor, opened up about how Lauer’s family has reacted in the wake of the scandal.

“He’s doing OK, as much as can be expected. And life goes on,” Gumbel, 56, told Us Weekly exclusively at the UNICEF Snowflake Ball on Tuesday, December 3. “My husband [Bryant Gumbel] is a very loyal friend, which is lovely, and he’s doing as best as he can. We get together every now and then. The kids are doing much better which means a lot.”

The disgraced Today host and his wife, Annette Roque, officially filed for divorce in July 2019 after 21 years of marriage. When their separation was finalized in September, the couple agreed to share joint custody of Romy, 15, and Thijs, 12. (Their eldest son, Jack, is 18.)

An insider told Us at the time of the divorce that Roque, 52, and Lauer were in a “very amicable place.” However, another source exclusively revealed in October that the former model’s one regret was “that she didn’t divorce Matt sooner.” After more shocking details of NBC News employee Brooke Nevils‘ assault allegations were unveiled, the source claimed that Roque had “been through hell” with her ex over the last five years.

“Annette wanted out of the marriage for a long time,” the insider told Us at the time. “She stayed for Matt’s career — and, more important, for their kids.”

Throughout the course of the couple’s multimillion-dollar divorce, Roque remained dedicated to being a stay-at-home mom and made her children her first priority as details of the split were finalized.

Weeks before Roque spoke out about the torment she endured towards the end of her marriage, Lauer’s former colleagues Hoda Kotb and Savannah Guthrie admitted on air that they felt “disturbed” by the assault allegations.

“You feel like you’ve known someone for 12 years … and then all of a sudden, a door opens up and it’s a part of them you didn’t know,” Kotb, 55, said during a Today broadcast in October.

Lauer, for his part, has vehemently denied the accusations about his behavior during the 2014 Winter Olympics in Sochi, Russia. In a lengthy statement obtained by Variety following Nevils’ revelations about the nonconsensual encounter, Lauer declared, “It is categorically false, ignores the facts and defies common sense.”

Chekutty to help raise funds from the U.S.

See: Fashion On The Boat