‘She will forever be remembered for being a disrupter — a disrupter in a positive sense — as she disrupted the hierarchies that existed in society!’

Arvind Kurian Abraham, who studied from nursery till Class 12 at the Pallikoodam school founded by Mary Roy, remembers his school Principal, Mrs Roy aka Mary Ammachi, who passed into the ages on Thursday, September 1, 2022.

“That’s what everybody appreciates about Mrs Roy; whether you agree or disagree with her; she stood by her principles. Once she took a decision, she was firm about it,” Arvind, who is pursuing a PhD at the Harvard Law School, below, left, tells Rediff.com‘s Shobha Warrier.

You studied at Pallikoodam founded by Mary Roy. What was your first impression of a personality like her?

I joined her school when I was 5 years old, and my first meeting of her created quite an impression in my mind.

The school was celebrating Children’s Day, and the teachers had organised a fashion show in the large auditorium in school.

On the stage, she removed her bath robe, and there she was in a swimsuit!

Here was the school principal standing on stage in a swimsuit in front of all the students and the teachers!

As you know, she was on the heavier side. But she said, I should not be ashamed of how my body looks.

That was my first impression of Mrs Roy, someone challenging the societal norms that said how women should dress and how they should look.

As a child, were you shocked then?

More than shocked, I was amused. After all, I was only a 5 year old. It was like, wow! someone my grandmother’s age could do this!

In fact, I used to imitate that scene in front of my family members many times.

Can you tell us about the frequent meetings you had with her?

From the age of 5 till I finished school at 18, I had had frequent conversations with her.

As she stayed on campus, it was not difficult to meet her. Yes, there was an element of fear as she was the school principal and also the owner of the school.

I would say, the meaningful conversations I had with her were when I was in the 11th and 12th standard.

She was someone who was open to hearing different points of view.

In 2011, the India against Corruption movement started by Anna Hazare was at its peak. She wanted all of us to participate and protest in the district.

Though I supported the demand for a Lok Pal, I had reservations about the way it was going with the involvement of Kiran Bedi and Arvind Kejriwal.

At her house, she allowed me to express my opinion, and she listened to it carefully.

She agreed with me that we didn’t have to participate in the protest, but we could support the demand for a Lok Pal.

What impressed me was, here was someone who was willing to listen to a 17-year-old boy and change her opinion.

She used to call frequent meetings in the auditorium where she raised socially relevant issues like environmental problems, societal problems, etc.

She also used to arrange trips for the students to visit old age homes, orphanages, etc.

The marginalised in society…

Yes. Most of the students in the school came from privileged backgrounds. That was why she wanted us to see the reality and the real India.

She also used to make us participate in the cleaning of roads and also organise street plays on various issues.

The education she gave was not just bookish; it was much larger to develop a person’s moral conscience.

What kind of impact did listening to her speak on issues that plague society, and also visiting old age homes and orphanages have on you in your growing up years?

I think it made me aware of the issues that our society faces. It also gave me the ability to critically question the claims that we were doing well.

Today, I am doing my PhD at the Harvard Law School and my interests are in human rights issues.

I am sure the spark came from what she exposed us to in the initial days in school. So, for me she made a huge impact.

She would talk about current affairs which was quite unorthodox. I would say, she was a very unorthodox person.

We were told by our teachers about the very important role she played in challenging the inheritance law among the Syrian Christians of Kerala.

How was it for the students to have such a famous personality amongst you?

Yes, it was great to have such a famous person in front of us. She was also the mother of Arundhati Roy! A lot of fame was associated with that too. 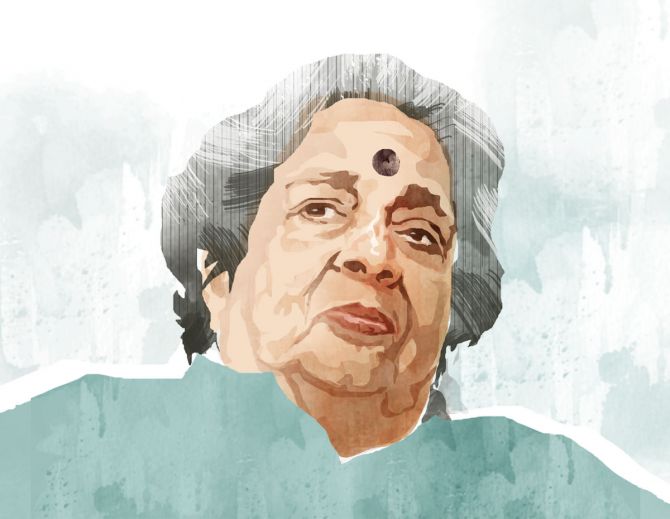 Was she an intimidating personality?

She could be an intimidating personality, but personally, I used to ask her questions.

The school was originally named Corpus Christi School which means the body of Christ.

Later, she wanted a secular name and renamed it as Pallikoodam which is the Malayalam word for school.

When they were planning to change the name, I was a 5 year old but I went up to her and said, I don’t like the new name.

She just smiled and asked me, what name would you like to have? I said, I wanted the name, Glass House!

What I want to say is, she was willing to listen to a 5-year-old boy who told her he didn’t like the name of the school.

Did you ever ask her about how she fought for the inheritance law?

Yes, I did. When my interest in law increased, I had asked her about it. She did talk to me about the work she did, and also working with Indira Jaising on the case.

She told me about the level of societal backlash she had to face at that time. But for her, it was about standing up for what was right.

That’s what everybody appreciates about Mrs Roy; whether you agree or disagree with her; she stood by her principles. Once she took a decision, she was firm about it.

Did the students call her Mrs Roy?

Initially we used to call her Mrs Roy. Later on, she changed the policy and wanted us not to use terms like Mrs, Ma’am, Sir, etc.

We were instructed to call her Mary Ammachi; Ammachi is grandmother in Malayalam.

She also didn’t want us to refer our teachers as Sir or Mrs or Ma’am. We had to address them in Malayalam, like chechi or kochamma.

She wanted to create the kind of culture that was rooted, and not ape the west. 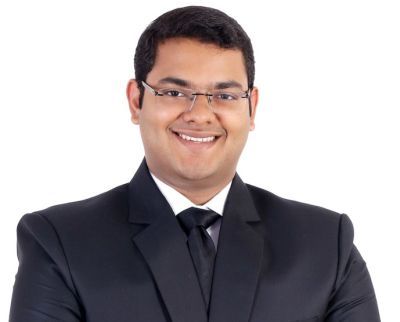 Now that she is no more, how will you remember her?

I remember her as a visionary who was able to make substantial changes in society, much more than what an average person can do in their lifetime.

I see myself as one among many thousands of students who benefitted from her vision.

How do you think society will remember her?

Even though society initially shunned her for standing up for women’s rights, because we live in a patriarchal society, everyone respected her for the stand she took, later.

Her passing away is definitely an irreparable loss to both Kottayam and Kerala.

But she will forever be remembered for being a disrupter — a disrupter in a positive sense — as she disrupted the hierarchies that existed in society!

BSP MLA Mukhtar Ansari’ custody handed over to UP Police

Secrets Of The Koh-i-noor Review