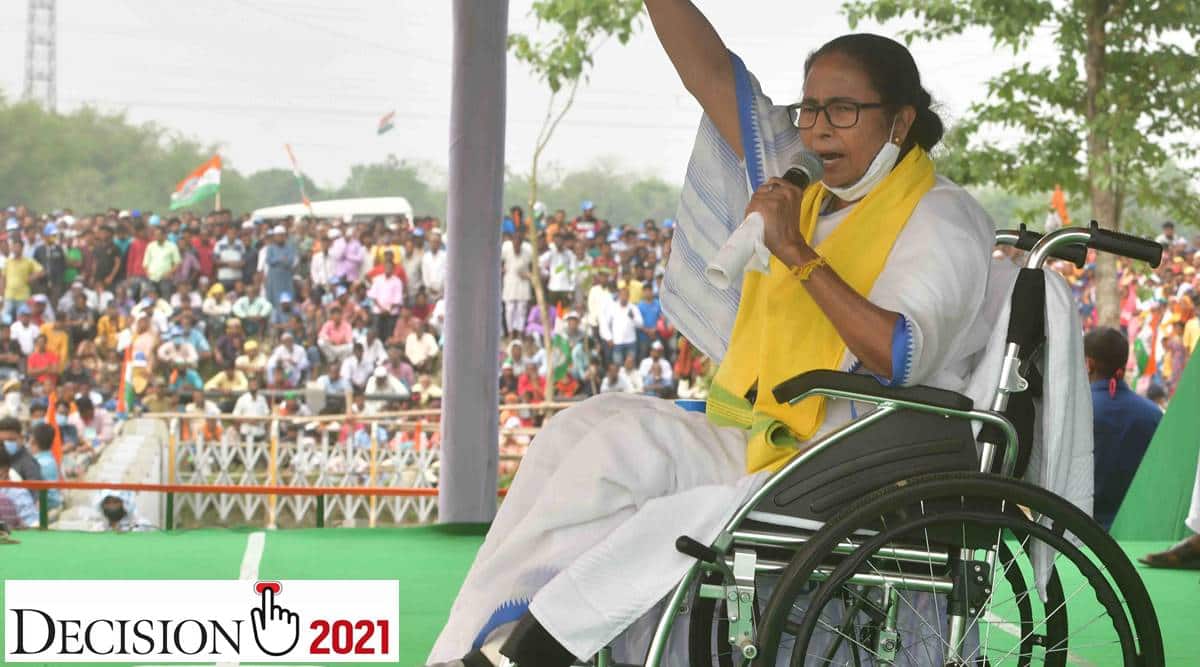 Banerjee said while she has respect for the CRPF, she does not respect the “BJP-CRPF”.

Addressing an election rally in Sitalkuchi, Cooch Behar district, Banerjee said, “People should be allowed to cast their votes. CRPF shouldn’t obstruct them from entering polling booths. I respect real jawans, but I do not respect those who are creating a nuisance, harassing people at the behest of BJP.”

Banerjee further alleged, “They are obstructing electors from casting their votes. Union Home Minister Amit Shah has instructed them to do so.”

The CM named TMC leaders Sujata Mondal, Nirmal Maji and Najmul Karim among those “attacked or heckled”. She alleged, “Yesterday, they unleashed violence in Arambagh. They thrashed Sujata Mondal with sticks.”

During the third phase of polling in the state on Tuesday, Papiya Adhikary and Swapan Dasgupta of the BJP were also allegedly attacked.

Targetting the BJP over its promise of implementing the Citizenship Amendment Act (CAA) in the state, Banerjee said, “Where is CAA? They speak a lot but do nothing. In the name of the NRC exercise, 14 lakh Bengali-speaking people have been left out of the citizenship list in Assam.”

Banerjee also taunted the BJP for giving tickets to some MPs in the Assembly elections. “Those who became MPs are contesting elections for MLAs. After this, they will contest councillor election, panchayat election and then club election too,” she said.

Was worried about infant daughter: UP activist released weeks after CAA protests

Durand Cup: ATK signs off with a win