The Uddhav Thackeray-led regime wants banks to suspend recoveries of pending arrears for a year and offer fresh credit to the defaulting farmers. 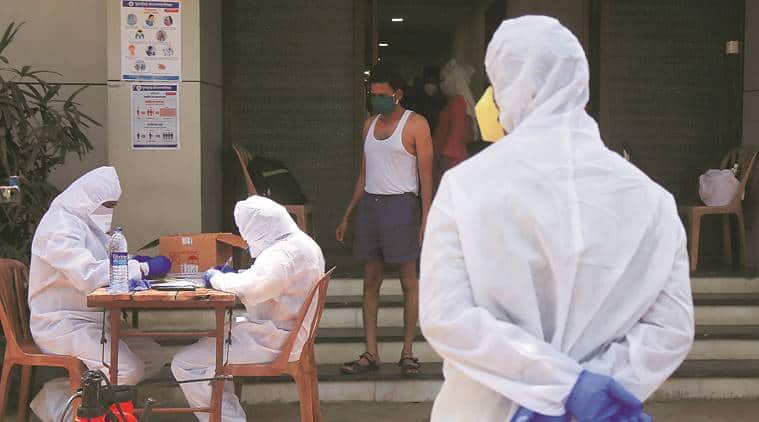 After announcing a blanket ban on new capital works till March next year, Maharashtra, worst-hit by the COVID-19 pandemic among states, has now turned to commercial banks for a special dispensation.

Unable to write off debts of lakhs of farmers found eligible for the government’s farm loan waiver scheme due to the new crisis, the Uddhav Thackeray-led regime wants banks to suspend recoveries of pending arrears for a year and offer fresh credit to the defaulting farmers.

During a meeting with the State Level Bankers Committee (SLBC) last week, the government discussed the proposal for the special dispensation as part of measures to deal with the spread and the impact of the coronavirus.

“We (the government) have asked banks to reschedule all such loan repayments. We are willing to issue a Letter of Undertaking (LoU) committing to writing off bad debts at a later date,” a senior official said. On the insistence of the banks, the state government has said it would also be willing to give a written assurance that all such debts will be resolved by March, 2021.

But during the meeting, the bankers were not so responsive, with even some of the nationalised banks citing liquid crunch to discourage the proposal. Maharashtra has now sought the Reserve Bank of India’s (RBI) intervention.

On April 28, the state cabinet had adopted a resolution urging the RBI to consider rescheduling of all such crop loans. State Chief Secretary Ajoy Mehta had then approached RBI Governor Shaktikanta Das with a proposal. “The state will bear the roll-over interest for such reschedule of debt,” the official said.

In absolute numbers, the government has sought the rescheduling of debts owed by 11.59 lakh farm accounts. The collective debt works out to Rs 9,866 crore as of September, 2019.

Almost immediately after coming to power in Maharashtra, the Shiv Sena, NCP and Congress alliance had announced a new loan waiver scheme, committing to write off farm loan debts of 29.73 lakh farmers who had availed loans between April 2015 and March 2019. Those whose total arrears stood at Rs 2 lakh or less as on September, 2019 were deemed eligible for the perk.

After discussions with banks and other preparations, the government eventually rolled out the loan waiver scheme — Mahatma Jyotirao Phule Karzmukti Yojana — in February. By March 14, when Maharashtra first imposed restrictions on movement due to the pandemic, the government claimed to have written off debt of 18.14 lakh farmers, paying Rs 12,134 crore. But senior officials said that the prolonged lockdown and the economic damage it has caused has now made it impossible for the state treasury to write off the debts of the rest of the beneficiaries.

On Monday, the state had declared an unprecedented 67 per cent cut in development expenditure, censoring any new capital works or purchases with the exception of procurement of items and infrastructure needed to combat COVID-19. It had also estimated its own loss of potential revenue to the tune of Rs 50,000 crore and more due to the lockdown.

Alarmed over the huge crowds gathering near liquor shops, the Brihanmumbai Municipal Corporation has rescinded a previous order that permitted “non- essential” shops, including liquor shops, to open in Mumbai, till further orders.

“I am convinced that the relaxation notification is going to deteriorate the conditions in the Mumbai city and hence the relaxation will have to be withdrawn for Mumbai city,” the order issued by BMC Praveen Pardeshi said.

The order came after large crowds gathered outside wine shops across the city in violation of physical distancing norms.

‘Reclaiming the night’: When thousands of women in Kerala took to streets at midnight