Sources in the public health department said the proposal was “promptly signed” on October 7 and put up before Chief Minister Uddhav Thackeray. But with mask manufacturers strongly opposing price capping, the approval has been delayed, said officials. 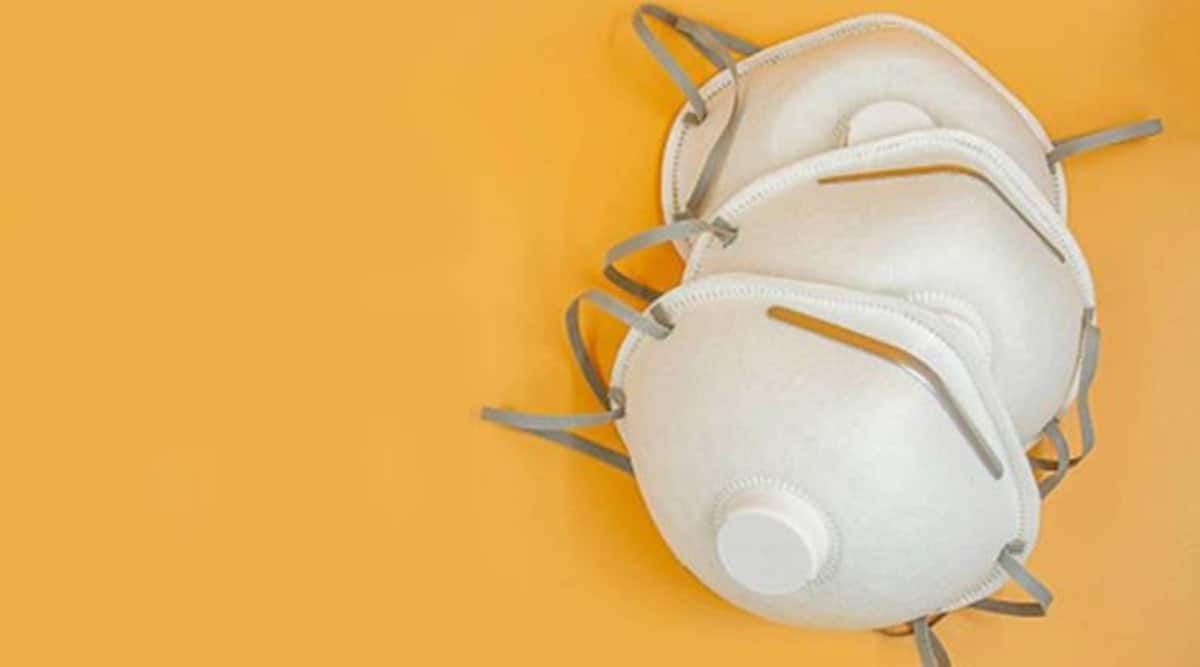 Ten days after a state-appointed expert committee submitted a proposal to cap prices of masks, bringing down the cost by 40 to 60 per cent, the proposal remains stuck in Mantralaya.

Public Health Minister Rajesh Tope had told The Indian Express that the recommendation of the committee would be implemented from October 8. A week since, the file awaits final nod.

Sources in the public health department said the proposal was “promptly signed” on October 7 and put up before Chief Minister Uddhav Thackeray. But with mask manufacturers strongly opposing price capping, the approval has been delayed, said officials.

An official from the Chief Minister’s Office said the file was put up before him last week, but it was sent back to the department with instructions to be sent to Deputy Chief Minister Ajit Pawar.

When contacted, Tope’s said: “The CM has agreed in principle to the proposal. The file was sent back to health department with some queries. We have sent it for approval to deputy CM today. The price cap will be introduced in a day or two.”

Until June 30, masks and sanitisers were part of the essential commodity list of the Union government. Following complaints of highly-priced masks, the state government decided to cap prices. On July 31, a four-member expert committee was set up to study manufacturing cost and advise ceiling prices.

The committee inspected two major manufacturers – Venus Health and Safety Private Limited and Magnum Health and Safety Private Limited – and studied their records found with the public health department, GST officials and central excise department. The committee submitted its report on October 5. After factoring a 45 per cent profit margin in supply chain, it recommended N-95 mask to be capped between Rs 15 to Rs 49, filtration face piece mask at Rs 12, 3-ply meltblown mask at Rs 4 and 2-ply mask at Rs 3.

Chemist Anil Navandar, also the general secretary of Maharashtra State Chemist and Druggists Association, said he purchases a N-95 mask for Rs 20 to Rs 60 and sells it for Rs 80 to Rs 100. He also purchases a 3-ply mask for Rs 5 to Rs 10.

“The cost of masks has increased because the raw material costs more. Earlier, we got cheaper raw material from China. The chain involves distributors, stockists and retailers, who also keep a certain profit margin,” Navandar said.

Several private hospitals charge patients a high price for N-95 masks. Tushar Garg was discharged from Mulund’s Apex hospital on Tuesday with a bill of Rs 2.7 lakh for eight days of hospitalisation. The bill (accessed by The Indian Express) shows he was charged Rs 7,200 for 36 N-95 masks. “I was on oxygen support for hardly three days. I was stable and fine during most of my hospitalisation. Still the bill was so high,” he said.

J B Mantri, Joint Commissioner (Drugs) of Food and Drug Administration, said: “We can only take action if the MRP is exceeded. But if the MRP is labeled high, it is difficult to take action. Price capping of masks is the only solution.”