The 29-year-old grandson of Shiv Sena founder late Bal Thackeray will become the first member of the Thackeray family to make a foray into electoral politics. 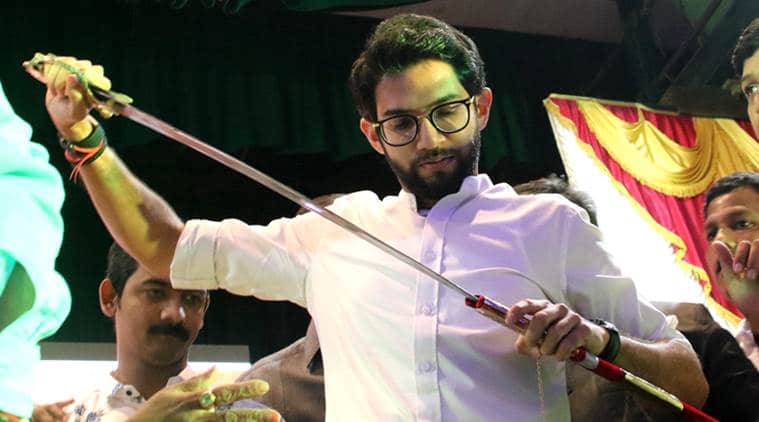 Shiv Sena leader Aaditya Thackeray on Monday announced that he would contest the Assembly polls in Maharashtra from Worli constituency in Mumbai. The 29-year-old grandson of Shiv Sena founder late Bal Thackeray will become the first member of the Thackeray family to make a foray into electoral politics.

“I have always seen our Sena MPs, MLAs, corporators taking up several issues and I used to feel that I should work with them shoulder to shoulder. I have taken the permission from the party chief who is busy with the ticket distribution. So, if you local Shiv Sainiks and the local sitting legislator give me permission, then I seek the blessings of Chhatrapati Shivaji Maharaj, my grandparents and announce that I will contest the polls,” Aaditya said while addressing a meeting of party workers at Lala Lajpat Rai college in Worli.

The announcement was met with huge applause and Sena leaders gave him a ceremonial sword. Sources in the Sena said that Thackeray is expected to file his nomination papers on October 3. 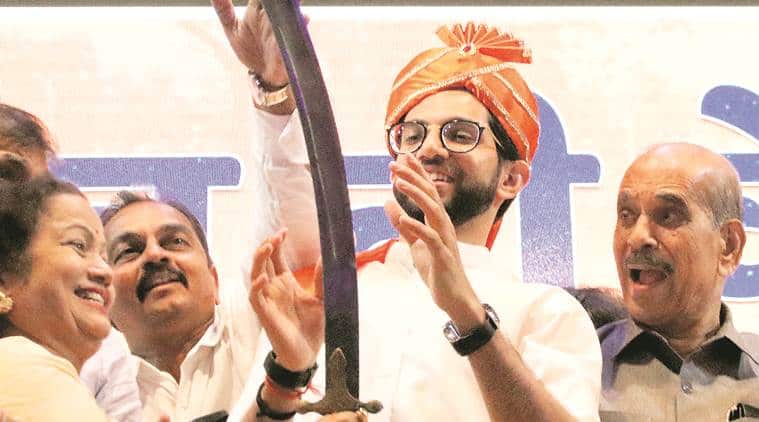 Sena chief Uddhav Thackeray was not present during the announcement. Aaditya said his father was busy in the distribution of AB Forms to other party candidates. However, the Thackeray scion was joined by his mother Rashmi and younger brother Tejas at the event.

“Since childhood, I loved politics. Many Shiv Sainiks might have seen that I used to travel with my grandfather and father. Whenever my friends and others questioned me what else you can do apart from politics, I told them I can’t do anything apart from politics,” the 29-year-old said.

Since the Shiv Sena’s founding in the 1960s, no Thackeray family member has ever made a foray into electoral politics. So, the upcoming election points to a fundamental shift in the Shiv Sena’s political thinking, which had so far insulated the Thackeray clan from playing a hands-on role in running governments.

“This is a historic step for me. As I am taking a big leap, I am not worried as all shiv sainiks are there with me,” he said.

Shiv Sena leader Sanjay Raut said “the historic moment that Maharashtra has been waiting for” had arrived.

“While the Chandrayaan could not land on Moon due technical issues few days back, the Sena’s Suryayaan will certainly land on the sixth floor of Mantralaya,” said Raut, indicating that Aaditya would become the chief minister. “It is true that nobody from Thackeray family has contested the polls. But, sometimes rules need to be changed to make history.”

Dry yourself with Welspun towels at the Kumbh Mela

It’s first for Samantha Akkineni in her career

After Wuhan, China conducts mass testing in the city of Mudanjiang