A day after the Reserve Bank of India’s (RBI’s) Monetary Policy Committee hiked the policy repo rate by 50 basis points (bps), several commercial banks, including ICICI Bank and Bank of Baroda, raised their external benchmark-linked loan rates by an equal amount on Thursday. 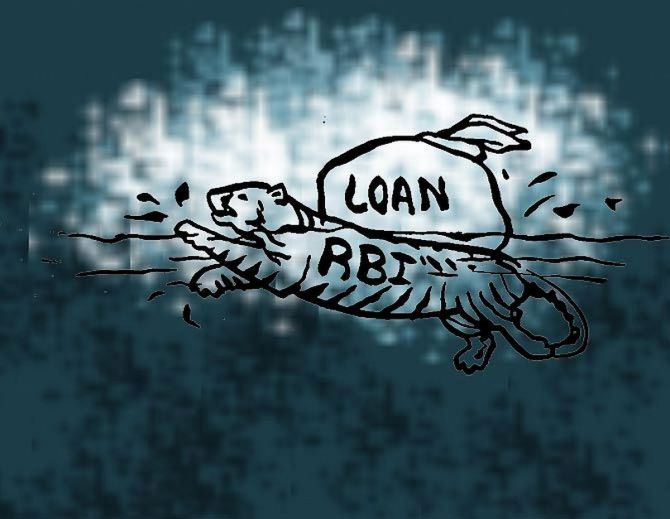 HDFC, the country’s largest mortgage lender, too, increased its interest rates on housing loans by another 50 bps.

In total, it has raised rates by 85 bps since May 4, when the RBI had increased the repo rate by 40 bps in an off-cycle meeting.

ICICI Bank, the second-largest private sector lender, increased its external benchmark lending rate by 50 bps to 8.60 per cent, while Bank of Baroda raised its repo rate-linked lending rate to 7.40 per cent.

Similarly, Federal Bank increased its lending rates by 50 bps for loans linked to the repo rate.

One basis point is one-hundredth of 1 percentage point.

In October 2019, the RBI mandated the introduction of an external benchmark system for all new floating-rate personal or retail loans, and loans to micro and small enterprises.

Any change in the benchmark rate (in the case of most banks, it’s the repo rate) is to be passed on to the lending rates for new and existing borrowers on a one-to-one basis.

Banks are restricted from adjusting their spreads for the existing borrowers for three years in the absence of any significant credit event.

The private sector lender said daily balances in savings accounts above Rs 50 lakh would now earn a 50-bp higher interest rate of 4 per cent per annum compared to 3.5 per cent earlier.

Further, interest rates on fixed deposits with tenor of 365-389 days and 390 days have been increased by 10 and 25 bps, respectively.

The increase in the savings account interest rate will come into effect on June 13.

“We have revised our savings account interest rate upwards to 4 per cent per annum as well as hiked our term deposit rates for various tenors, enabling our customers to enjoy higher interest rates.”

On Wednesday, the six-member rate-setting panel raised the repo rate by 50 basis points to 4.90 per cent – the second hike in just over a month.

The MPC had hiked the key policy rate by 40 bps on May 4 in a bid to tame headline inflation, which has consistently been above the 6 per cent threshold.

Economists expect a rate hike in the August monetary policy too, and even in the October policy, which could take the repo rate to above 5.5 per cent.

“As every 1 bps increase in repo has combined impact of Rs 305 crore on demand from retail and MSME consumers, with terminal repo rate at 5.75 per cent, there will be reduction in demand from consumers to the tune of Rs 45,000 crore,” Soumya Kanti Ghosh, group chief economist, State Bank of India, said in a report.

An increase in the repo rate augurs well for banks because they benefit from higher yields on the lending portfolio linked to external benchmarks.

And with no cash reserve ratio hike this time, lenders may have a positive impact on their margins.

As of December 2021, a little over 39 per cent of bank loans, including 58.2 per cent of home loans, were linked to the external benchmark, shows the RBI data.

The share of micro, small and medium enterprises, personal loans, vehicle loans, and education loans linked to the external benchmark was 69.2 per cent, 46.2 per cent, 31.1 per cent, and 23 per cent, respectively, it showed.

Hyd Brothers to compete with each others