Speaking on a broad range of issues including falling demand in rural India as reflected in tractor and commercial vehicle sales and little to no signs of revival in private investment, the Finance Minister said she was keeping a close watch on what is happening. HOLDING out hope for foreign portfolio investors (FPIs), Finance Minister Nirmala Sitharaman Saturday said she was willing to listen to them, and it was wrong to interpret that the government was against foreign investors.

In an interview to The Sunday Express (full interview tomorrow), Sitharaman said, “FPIs who were registered as trusts did have an impact (compared with those registered as companies). So, when this impact was brought to our notice, and a lot of people did speak about it — one of the options was to register as companies. And a lot of people then said shifting is not going to be easy and tax-neutral. I thought shifting would be an answer. But if you have issues, do talk to me. Without any commitment, I will hear them. Let me hear them first.”

The surcharge of 3 per cent and 7 per cent on those earning between Rs 2 crore and Rs 5 crore, and over Rs 5 crore respectively, have led to different taxation outcomes for FPIs registered as Association of Persons or trusts and companies, with those registered as companies being spared of this surcharge.

Sitharaman said this was why she wanted to hear them out first. “Without any commitment at this stage, I’m saying let me hear them. Because the conversion is still possible. You can convert to be a company rather than be a trust. Let me hear them,” she said.

Explained | Will tax on the rich hit foreign investment inflows

When pointed out that surcharge sent out a wrong message to foreign investors despite the fact that the Budget had welcomed them through a host of other measures, the Finance Minister said, “If I wanted to hit at FPIs, have I hit at those who are registered as companies? So, I think it was wrong to interpret it as we are against investments, or that we don’t care for foreign investors. Not at all.”

Speaking on a broad range of issues including falling demand in rural India as reflected in tractor and commercial vehicle sales and little to no signs of revival in private investment, the Finance Minister said she was keeping a close watch on what is happening. “You are referring to different sectors, different segments of society, and each may be having its own unique reasons.”

The Budget imposed a 3%-7% surcharge on those earning over Rs 2 crore a year. High Net worth Individuals will bear the brunt of the additional impost — those above Rs 5 crore will pay 42.7% tax now. Amongst FPIs though, the outcome has been different. Those registered as companies escape this surcharge whereas those formed as trusts get entangled. The Finance Minister says she will listen to affected FPIs, and see what best can be done.

For instance, in the automobile sector, Sitharaman said, buyers may not be rushing to get new vehicles could be related to the direct leapfrogging from Bharat Stage IV to Stage VI. “Now, buyers are probably in anticipation that industry themselves would give something even as the deadline of January 2020 kicks in. So, the decision is getting delayed or deferred,” she said. 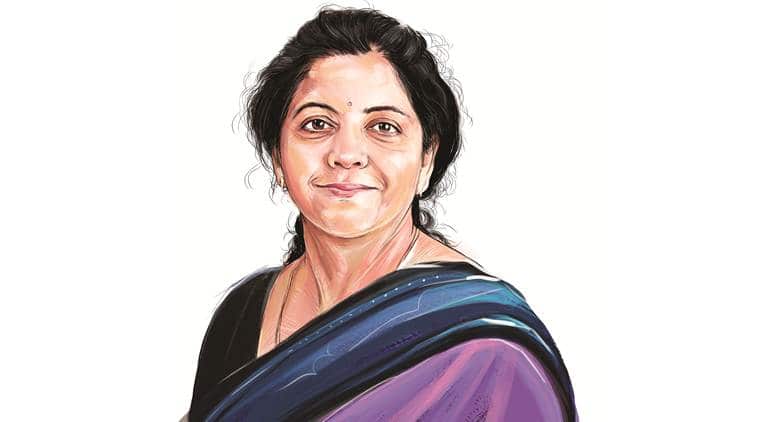 The Finance Minister said she needed to be cautious while looking at the specific development in each sector. “Before I even indicate any kind of intervention that I may want to with good intention, I need to understand the various factors which are at play,” she explained.
But to kickstart the economy, the Finance Minister said, the government was working on various fronts — beginning with encouraging consumption through various steps aimed at putting more money into the hands of people, in rural India, particularly.

“This whole DBT-based transfer of entitlements to those who need to get it and get it instantly, being enabled by technology, was one very big way in which we’re pushing money into the hands of people,” she said. As the government spends more on infrastructure, the country will see in situ promotion of labour. “So if the government’s expenditure is diverted to only prioritise infrastructure, the ripple effect, I expect, will be on labour everywhere, rather than concentrated in one place… Core industries, their capacities, their employees, they are demand for raw material. So, these are the ways in which you’re touching so many segments within the society, and all with an immediate impact on consumption,” she said.

Sitharaman said income in the hands of people will spur consumption, and set in a virtuous cycle of higher demand and investment. “Consumption increases, demand increases, investment increases, as a natural course. That is why virtuous cycle is what we are definitely speaking about both in the economic survey and in the Budget,” she said, justifying the Budget’s estimate of 8% GDP growth for the current financial year.

If production is cut, resources will also be reduced: Maruti