On the day CM visits police HQ, Opposition RJD slams him over deteriorating law and order in Bihar

On a day when Chief Minister Nitish Kumar visited the State Police headquarters on Wednesday to review the law and order situation in Bihar, and later announced that “laxity in crime control will not be tolerated at any cost”, the Opposition Rashtriya Janata Dal (RJD) slammed him and the government over the “tsunami of crime in Bihar”.

“Laxity in crime control will not be tolerated at any cost. Action will be taken against policemen who are found lax in controlling crime. To control crime, new weapons will be purchased and more appointments will be made. In future, too, I will make such visits to the police headquarters for review meetings,” Mr. Kumar told mediapersons after his visit to the State Police head office, Sardar Patel Bhawan, in Patna. In the meeting, Mr. Kumar reviewed the Bihar Military Police and the Criminal Investigation Department, and said both departments will be strengthened further in the coming days.

However, RJD chief Lalu Prasad tweeted soon afterward to take on Mr. Kumar and his government over rising crime in the State. “The compassionate chief minister of Bihar, Co-Editor-in-Chief, is not able to stop newspapers from being garnished in spite of their lakh edits. There is tsunami of crime in Bihar. Hundreds of people are being killed every day. The chief minister is sleeping in a deep sleep of insensitivity and selfishness by putting oil in his ear,” tweeted Mr. Yadav, tagging a collage of news report headlines over recent incidents of crime in the State.

Citing the reference of a recent criminal incident in Muzaffarpur district, the RJD also took on Mr. Kumar over rising crime in Bihar. “If you think that your family members are safe in their home, then it will be the biggest myth in maha jungle raj (utter lawlessness) State of Nitish Kumar. Those who’re close to power are being saved even after committing grave crime. The land mafias killed son of a teacher in Raghopur under Ahiyapur police of Muzaffarpur district and hanged him,” said the RJD tweet in Hindi.

In the Muzaffarpur incident, engineering graduate Ashutosh Anand’s body found hanging with a rope on January 5 at his home in Raghopur under the Ahiyapur Police Station. Anand was preparing for the Global Assessment of Information Technology exam. His teacher father Dayanand Sahi told the police that when the incident happened on Tuesday (January 5), no one was at home. “His mother and sisters had gone to see a doctor and when they came back, they saw Ashutosh’s body hanging with a rope. His hands and legs too were tied with rope,” Mr. Sahi had said.

Locals said that the family had a land dispute with its neighbours a few days ago. “Investigation in the case is on and it seems to be a case of personal enmity,” City Superintendent of Police-Muzaffarpur, Rakesh Kumar, said. 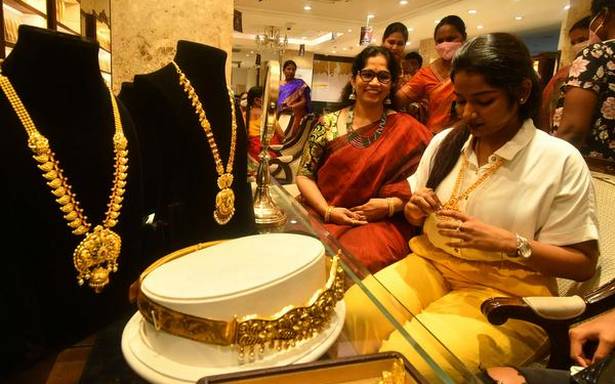