This comes at a time when a lockdown is underway in the state to prevent the virus from spreading and opposition parties have been calling for relief measures for those whose livelihoods have been affected by the restrictions. 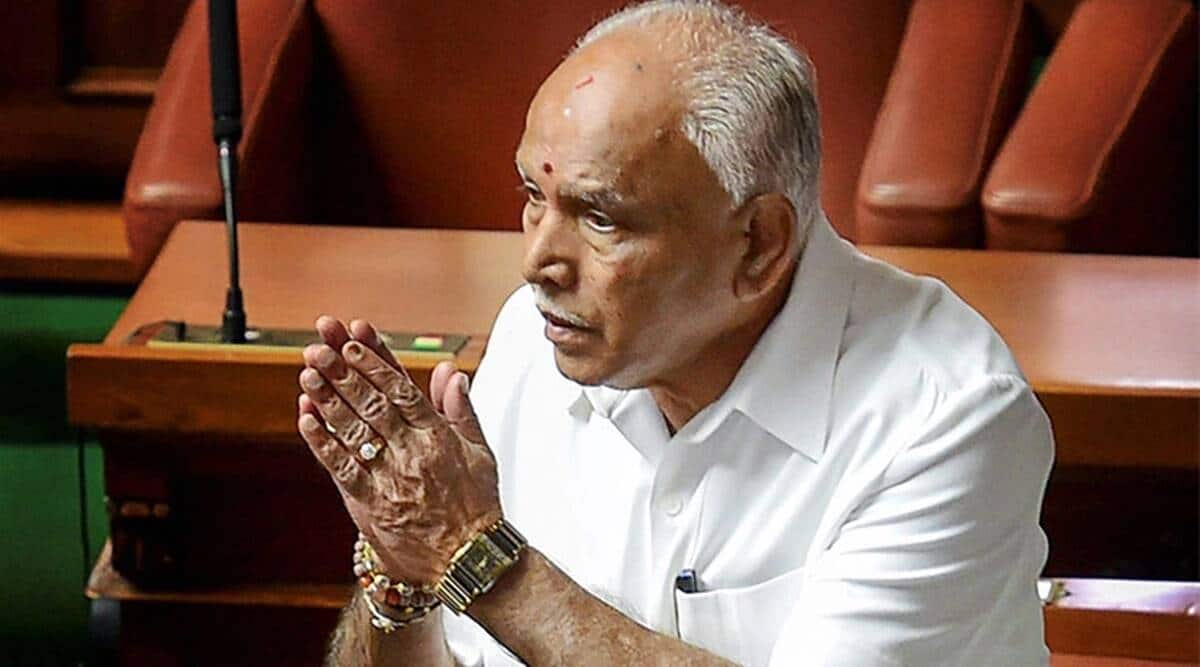 The Karnataka government has announced a Covid relief package of Rs 1,250 crore for farmers, auto and cab drivers, construction workers, artistes and various workers in the unorganised sector.

This comes at a time when a lockdown is underway in the state to prevent the virus from spreading and opposition parties have been calling for relief measures for those whose livelihoods have been affected by the restrictions.

“Our government had given financial packages to various sectors during the first wave of the pandemic last year. Now again, as the current restrictions due to the lockdown have affected the livelihood of farmers and those in the unorganised sector, we are announcing a relief package of more than Rs 1,250 crore,” Yediyurappa said.

“We have done the best we can within the current financial limitations, and will consider if anything further needs to be done in the future,” he added.

The Chief Minister also said that a decision will be taken on whether the lockdown will be extended. The decision will be announced a couple of days before May 24, the date till when the current restrictions are in effect.

The state government had initially announced a 14-day “closedown” from April 27, but subsequently imposed a complete lockdown from May 10 to May 24.

The state government has also announced relief packages of Rs 3,000 each for auto, taxi and maxi cab drivers who have licences and have registered, benefiting about 2.10 lakh people. This may cost Rs 63 crore, the government said.

Yediyurappa further said Rs 3,000 each will be given to labourers who have registered with Karnataka Building And Other Construction Workers Welfare Board, with the package costing Rs 494 crore.
Embed Tweet:

For workers in the unorganised sector like barbers, washermen, tailors, porters, ragpickers, potters, goldsmiths, mechanics, blacksmith, household workers, cobblers and others, Yediyurappa said Rs 2,000 each will be given to them, benefiting 3.04 lakh people and the total cost amounting to about Rs 60.89 crore.

Roadside vendors, those registered under Aatma Nirbhar package, will be given Rs 2,000 each, he said, while adding that it will benefit about 2.20 lakh people and cost a total of Rs 44 crore.

For the film and entertainment industrie, which have also been unaffected by ongoing lockdown, the artistes and art teams will be given Rs 3,000 each, benefiting 16,095 people and costing a total of Rs 4.82 crore.

Opposition parties in the state – Congress and JD(S) – have been urging the state government since the lockdown was implemented across the state to declare a relief package for those affected by the restrictions.

However, Karnataka Congress president DK Shivakumar said, “I don’t trust the BJP government’s relief package. When similar measures were announced last year, the people working in unorganised sectors had not received the relief amount on time.”Shivakumar further said if the government really wants to help the poor now, it has to give at least Rs 10,000 per person to everyone affected by the lockdown.

The JD(S) also criticised the government’s relief package saying that the amounts this time are far less compared to last year. “This package announced by the government is an eyewash,” former chief minister Kumaraswamy said.

Completion of Amrut projects a challenge for civic bodies in State

Depay bags double in Dutch win as Sneijder bows out