Amid a controversy over his comments linking job deprivation of his state’s youth to influx of workers from Bihar and Uttar Pradesh, Madhya Pradesh Chief Minister Kamal Nath on Wednesday said other states including Gujarat also have policies favouring employment to locals, even as a complaint was filed against him in a Bihar court. 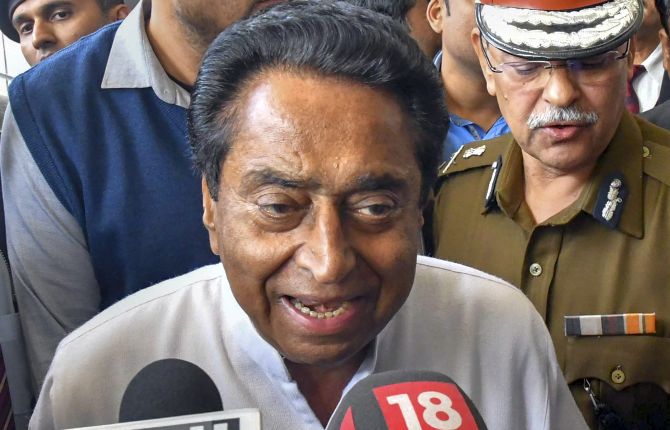 “Lot of industries are set up in which people from other states, like Uttar Pradesh and Bihar, come to work. I do not want to criticise them, but the youth of Madhya Pradesh are deprived (of jobs),” Nath had said on Monday announcing a new state government policy under which industries availing investment incentives will need to give 70 per cent employment to local youths.

The remarks, made by Nath soon after he was sworn in, had drawn all-round criticism, with parties like the BJP, Rashtriya Janata Dal and Janata Dal-United expressing their disapproval.

Defending his comments, Nath told reporters on Wednesday in Bhopal, “Such policy exists in other states also. Is it not there in Gujarat? What is new in it?”

Taking objection to the comments, a social activist, however, filed a complaint against Nath in a court in Muzaffarpur, Bihar, while alleging that the remarks made by the new chief minister of Madhya Pradesh were “insulting” for the people of Bihar and Uttar Pradesh and they were feeling aggrieved.

Tamanna Hashmi, the activist who has filed several complaints in the past against politicians making controversial comments, filed his plea against Nath before the Chief Judicial Magistrates court under IPC sections 153 (provocation with intent to cause riot), and 504 (intentional insult with intent to provoke breach of peace).

In the complaint, the petitioner has claimed he felt aggrieved by Nath’s statement, alleging it was against the country’s unity.

The court is yet to fix a date for hearing of the complaint case.

The senior Congress leader’s remarks, which he made shortly after being sworn in as Madhya Pradesh’s chief minister, has drawn flak from the ruling JD-U-BJP combine in Bihar.

The RJD, an ally of the Congress in Bihar, has also termed the remarks as avoidable, though it accused the BJP of blowing the matter out of proportions.

In Rajya Sabha, Chairman M Venkaiah Naidu allowed BJP’s Bhupendra Yadav to make his submission on Nath’s statement amid slogan-shouting from the opposition as well as treasury benches over the Rafale deal and other issues.

Yadav said a person holding a constitutional post cannot incite hatred against persons of other states and so his Zero Hour mention on the subject be taken on record.

The comments by various political leaders in the past about influx of migrant workers in their respective states, most noticeably in Maharashtra, have often triggered controversies.

In October this year itself, Gujarat had seen widespread protests against migrants from Uttar Pradesh, Bihar and other states.

India’s first mRNA vaccine against Covid found to be safe, gets approval for phase II and II trials

Inside The Big Bang Theory’s finale with tearful Kaley Cuoco