Traders held demonstrations at various places in protest over the "proposal of big companies like Reliance to open 100 stores in Jammu in the retail sector", a claim which the company has said is "completely untrue." 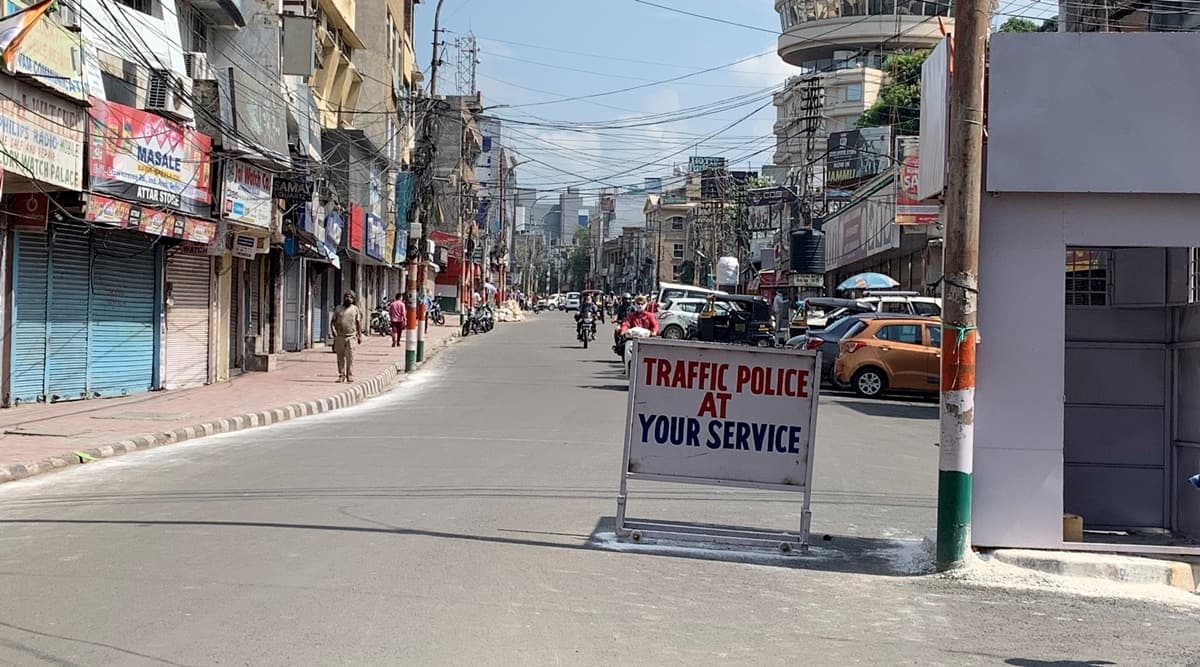 Normal life in various parts of Jammu was disrupted on Wednesday as traders observed a bandh to protest “directionless policies” of the UT administration affecting the business fraternity.

The call for bandh was given by the Jammu Chamber of Commerce and Industry and barring BJP, it had the support of all political parties and the Jammu Kashmir High Court Bar Association.

With bazaars and lanes giving a deserted look in view of the closure of business establishments, traders and workers of political parties held demonstrations at various places in protest over the “proposal of big companies like Reliance to open 100 stores in Jammu in the retail sector”, a claim which the company has said is “completely untrue.”

The Chamber had also raised issues including the closure of liquor bars, restrictions on banquet halls, and ending the annual darbar move, among others.

On wine shops, the organisation said in a statement: “Firstly it was wine shop owners who got the jolt by the so-called New Excise Policy and now the liquor bar owners are the next targets of the anti-Jammu administration. Hundreds of wine traders have lost their livelihood after the introduction of e-auction of liquor vends in Jammu and Kashmir.”

“The Annual Darbar Move process was aimed at maintaining communal harmony and brotherhood especially among the people of Jammu and Kashmir regions and ending this process would have an adverse impact not only upon the traditional bond between the two regions and their people but also on the business community.”

Explained: What are super apps and why is India getting another one

Aware of reports of new Covid-19 variant in UK, says WHO

Stay in touch with people, help them, get feedback: PM Modi to Union ministers at Covid meet