The latest action, which also includes the seizure of a "powerful" IED, follows the arrest on February 6 of Lashkar-e-Mustafa chief Hidyatullah Malik in Jammu, police said. 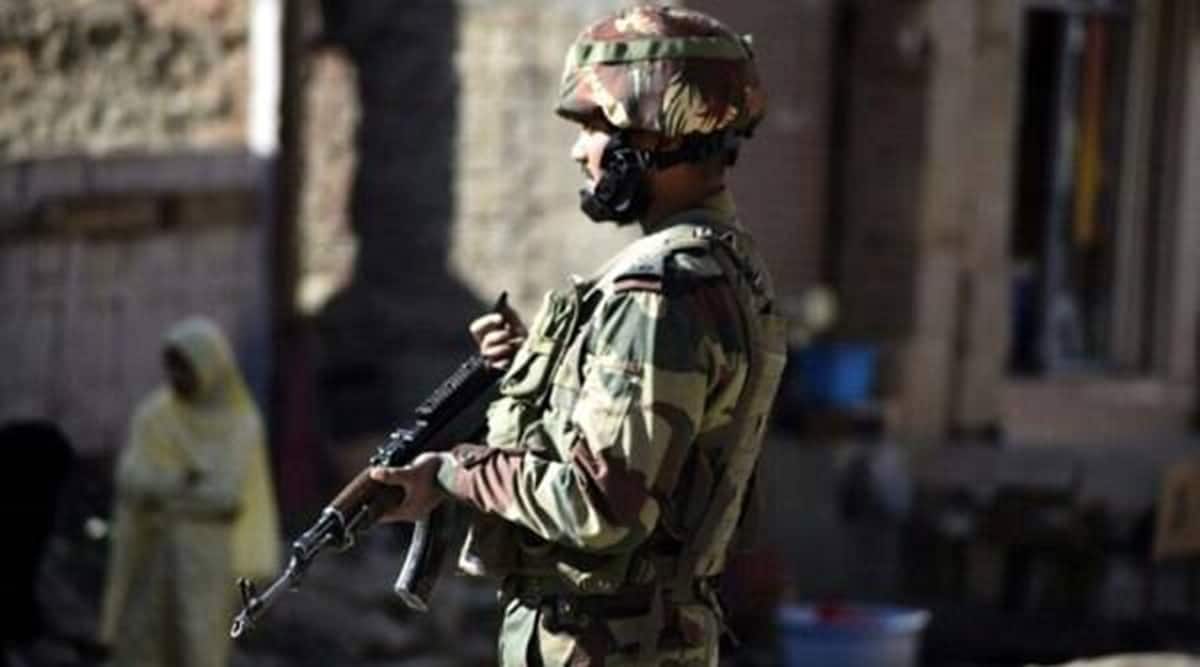 A nursing student in a Chandigarh college, the chief of a recently floated terror outfit, and a law student and wife of a militant commander from Shopian are among key arrests made over the last five days after a “major” terror plot to target Jammu on the second anniversary of the Pulwama attack was foiled, J&K Police said.

The latest action, which also includes the seizure of a “powerful” IED, follows the arrest on February 6 of Lashkar-e-Mustafa chief Hidyatullah Malik in Jammu, police said. DGP Dilbagh Singh said Malik had conducted a recce of the office in Delhi of National Security Advisor Ajit Doval and sent the video to his handlers in Pakistan.

He also said that Jaish-e-Mohammad, which was behind the Pulwama attack, had been trying to create a terror network in Jammu and identify targets in Delhi.

According to police, those arrested since Friday include Malik’s wife Seeba, an LLM student of Kashmir University; TRF chief Zahoor Rather who is allegedly behind the killing of three BJP workers in Kulgam and a policeman in Kokernag; Al Badr supporter and nursing student Suhail Bashir Shah, who hails from Pulwama; and another Chandigarh student from Pulwama, Qazi Wasim.

IGP (Jammu zone) Mukesh Singh said J&K Police’s Special Operation Group arrested Shah on Saturday night after spotting him moving around “under suspicious circumstances” on BC Road in Jammu. Police seized an IED weighing around 7 kg from his bag, said Singh, adding that it had not been activated. “He had come here from Chandigarh to carry out the attack on February 14, which is the second anniversary of the 2019 Pulwama terror attack,” Singh said.

According to police, Suhail was tasked by his Pakistan-based handlers to place the IED at a busy location, including the Ragunath temple, bus stand, railway station or Lakhdata Bazar. He was to then proceed to Srinagar by air to be received by a “high ranking’’ Over Ground Worker Ather Shakeel Khan of Pulwama, the IGP said. “Thereafter, he would have become an active member of Al Badr,” said Singh.

The other student, Wasim, was also studying in Chandigarh and aware of the terror plot, the IGP said. One more associate Abid Nabi of Budgam has been arrested from Srinagar, Singh said.

DGP Dilbagh Singh said Rather was arrested on Friday night, and described TRF as an offshoot of Lashkar-e-Toiba. The DGP said that Rather was with Hizbul Mujahideen in 2002 and remained active for five years in Kashmir before surrendering in 2006. “However, he became active again in 2019, and his Pakistani handlers gave him command of the new terror outfit TRF,” he said, adding that Rather had created a “huge network” in Kashmir.

Referring to Malik’s arrest, the police chief said that Lashkar-e-Mustafa had been floated by Jaish-e-Mohammad handlers in Pakistan. “On instructions of his Pakistan handler, who is known as Doctor, he had gone to Delhi, done recce of the office of NSA Ajit Doval and sent the video to Pakistan,” the DGP said.

“He had also created a network with the help of his associates in Punjab to bring weapons from Bihar… Seven pistols have so far been brought by them from Bihar’s Chhapra area and distributed to militants in Kashmir,” he said.

In a separate operation, police on Saturday night also seized six pistols and 15 “small IEDs’’ from Ramgarh, in Samba district, near the Pakistan border.

Tharoor: ‘We need to fix our leadership issues’