Prime Minister Narendra Modi and Russian President Vladimir Putin have met 19 times since 2014, Jaishankar said. “That itself speaks a lot,” he added. 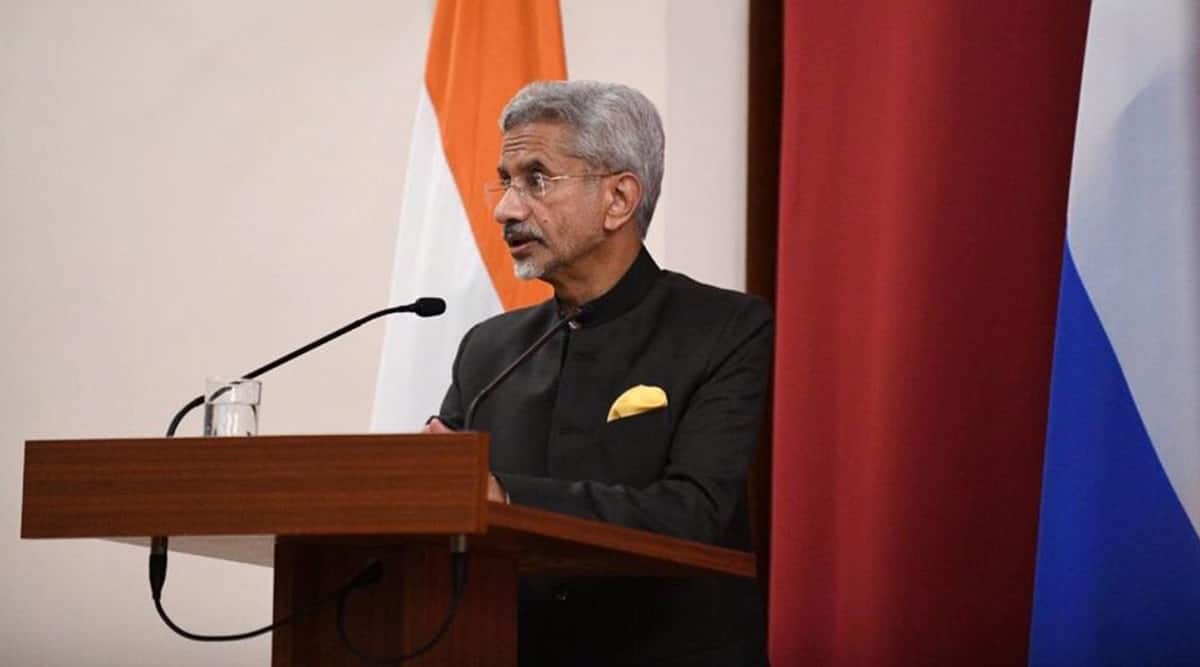 External Affairs Minister S Jaishankar on Thursday said that the bilateral ties between India and Russia have been among the “steadiest” of the major relationships in the world after the Second World War, and New Delhi was looking forward to hosting President Vladimir Putin in the country for the annual bilateral summit.

Jaishankar, delivering a speech on India-Russia ties in a changing world at the Primakov Institute of World Economy and International Relations in Moscow, said that this relationship is sometimes taken for granted. “The case for its constant nurturing” is powerful, he said.

“There’s no doubt that relations between India and Russia have been among the steadiest of the major relationships in the world after the second World War,” he said.

“The direction and progress of major relationships is very much dependent on our leadership,” he added.

Prime Minister Narendra Modi and Russian President Vladimir Putin have met 19 times since 2014, Jaishankar said. “That itself speaks a lot,” he added.

“We, of course, look forward to hosting the President (Putin) in India for the annual bilateral summit.”

Speaking about the issue of terrorism, Jaishankar termed it as one of the bis issues of the present time. “The big issues of our time — combating terrorism, addressing pandemics and acting on climate change. On all of these, India and Russia are unquestionably on the same page.

“We have both been victims of fundamentalist thinking. I know well the dangers of radicalisation and extremes. As pluralistic societies, we must be especially on guard against the revival of such forces,” he said.

Where global health is concerned, a history of scientific collaboration can today be repurposed to meet this new priority, Jaishankar said, referring to the COVID-19 pandemic.

Commenting on vaccines against the coronavirus, Jaishankar said: “Collaboration can surely add to the options before the world as we have already seen in the case of vaccines.”

“If you are to continue influencing the direction of global developments positively, it is imperative that we always pay adequate attention to the constant strengthening of our bilateral cooperation”. Russia has always been a “dependable defence partner” of India, he said.

“The enormous experience of past cooperation is today being applied to a more contemporary requirement, including the Make in India programme.

“This transition can accommodate the interests of both sides and even lead to new areas of military-technical collaboration. This needs to be accompanied by a greater focus on military-to-military ties, including in the maritime domain,” he said.

On the political front, Jaishankar said it is essential for India and Russia to work together to ensure the stability and diversity of the world.

“This includes an insistence on honouring agreements and observing laws,” the EAM said, in an apparent reference to China, which has been behaving aggressively in the Indo-Pacific region and was engaged in a protracted military standoff with India.

Qureshi writes to Jaishankar; offers talks on ‘all important matters’

Kuttanad may never be the same again

How We Won the Ranji Trophy!