When Mahatma Gandhi was jailed in the non-cooperation movement in 1922, he is said to have spent his time spinning yarn on his charkha. It is said he urged some imprisoned criminals to join in.

If the prison system were a listed company, its sales would rival some of India’s largest firms.

The amount would rank the system at 496th place if compared with the latest net sales numbers of S&P BSE 500 companies.

The prison net sales figures are for the calendar year 2020.

A caveat about the comparison: Most S&P BSE 500 companies follow a financial year ending March and data availability varies for listed firms.

The ranking is indicative, but gives a sense of the scale of commercial operations in Indian prisons.

It is even more impressive if one considers numbers before the coronavirus pandemic. 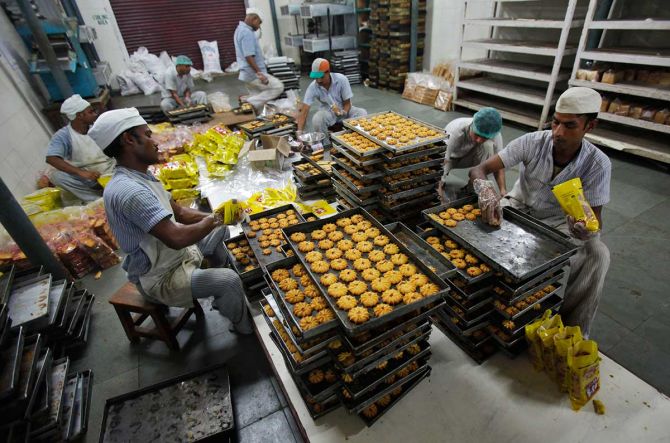 In 2020, there was a 73.6 per cent decline in sales due to the pandemic. The lockdown affected outlets selling jail products.

Delhi’s Tihar Haat, which sells furniture, apparel and bakery products made by inmates, was closed for 11 months.

Some prisons started selling products online to make up for the pandemic setback.

Productivity in prisons was improving before the pandemic.

Business Standard calculated the value of goods produced per inmate, on an all-India basis using prison population and sales figures for recent years. 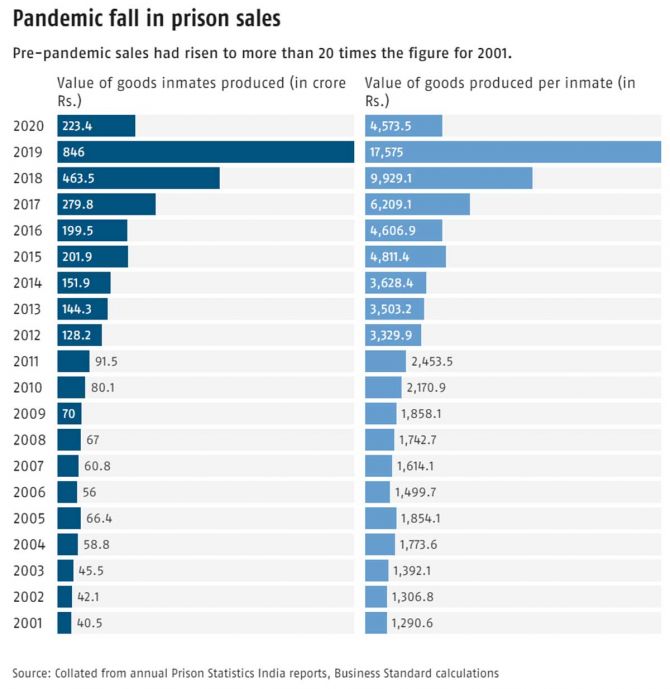 Prisons provided vocational training to 42,976 inmates in 2020. The average daily wage for prisoners varied between Rs 85-110 based on the nature of the work (see chart 3). 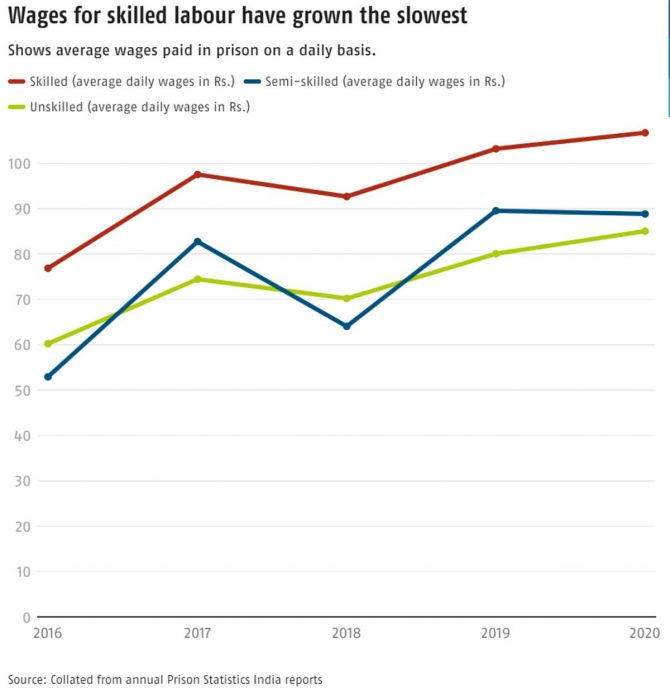 Prisoners are paid far less even by the highest paying states and Union territories.

The 4,88,511 prison inmates mentioned in the latest prison report manufactured many different things; perhaps most importantly the chance of a better life.

No BJP ticket for Ranjitsinh Mohite-Patil in Madha

Most entertaining, super thanda, WTF statement of the season: Here’s a quick recap of the best and worst we saw in Koffee With Karan 6