"It is a conspiracy. Some people (party) were pressuring Jakir Hossian to join them for the last few months. I don't want to disclose anything more as investigation is on," Banerjee said A day after West Bengal Minister Jakir Hossain and some of his supporters were injured in a crude bomb attack, Chief Minister Mamata Banerjee said it was part of a “big conspiracy” and announced a compensation of Rs 5 lakh for those seriously injured in the explosion and Rs 1 lakh for people who received minor injuries.

“It’s scary, I am shocked they were trying to board the train like normal people. The people who were present at the spot suspect that the blast was done using a remote. Though the matter is to be investigated, I am saying what the eyewitnesses have told me. Prima facie the circumstantial pieces of evidence suggest that the attack was “planned” and done intentionally,” she said.

Banerjee, who went to the SSKM hospital to inquire after his condition following Wednesday’s incident,  blamed Railways for security lapse and slammed them for taking the incident so “lightly”. “No railway police was present at the platform. There was no light at the station. The incident happened at the railway station where the state has no major role to play. It is the railway’s property. I wonder despite such a big incident how they are taking it so lightly. It is definitely a big conspiracy,” the CM said. Banerjee also compared the attack to the assassination of Punjab Chief Minister Beant Singh in the 1990s.

According to TMC sources, around 26 have been injured out of which 14 with serious injuries are admitted at SSKM hospital in Kolkata. While GRP had initiated a probe, CID has joined the probe. 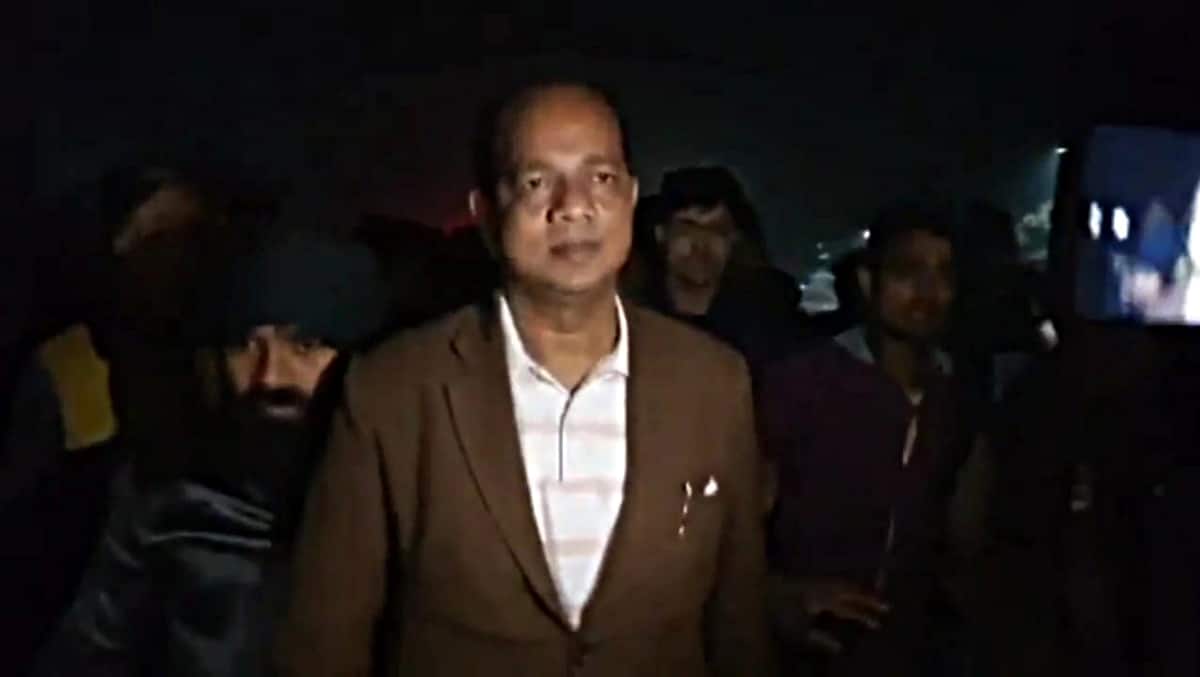 According to sources, the incident occurred around 9.45 pm. Hossain, the minister of state for labour, was waiting on Platform No. 2 to catch a train to Kolkata when he was attacked. Hospital sources said Hossain suffered serious injuries in his hands and legs. All the injured were taken to the Murshidabad Medical College and Hospital.

Hossain is known to be close to Suvendu Adhikari, former TMC minister who joined the BJP in December.

“It is not clear who has attacked him. I have asked the SP to conduct a thorough probe into the incident and find out who is responsible,” said Abu Taher Khan, TMC’s Murshidabad district president.

“The minister was attacked because he was opposed to cow smuggling and corruption in the district. He had opposed the people involved in these activities. This could be the reason why he was targeted today. The law and order situation has hit an all-time low in the state,” said Adhir Ranjan Chowdhury, State Congress president and Berhampore Lok Sabha MP.

‘Reclaiming the night’: When thousands of women in Kerala took to streets at midnight

NTA to hold NEET re-exam tomorrow: Here’s all you need to know

Going to war will cost China and Xi dear