At an election rally in Hooghly district, the TMC supremo, without naming the Indian Secular Front or its founder Abbas Siddiqui, said he and another party from Hyderabad have a secret connection with the BJP. 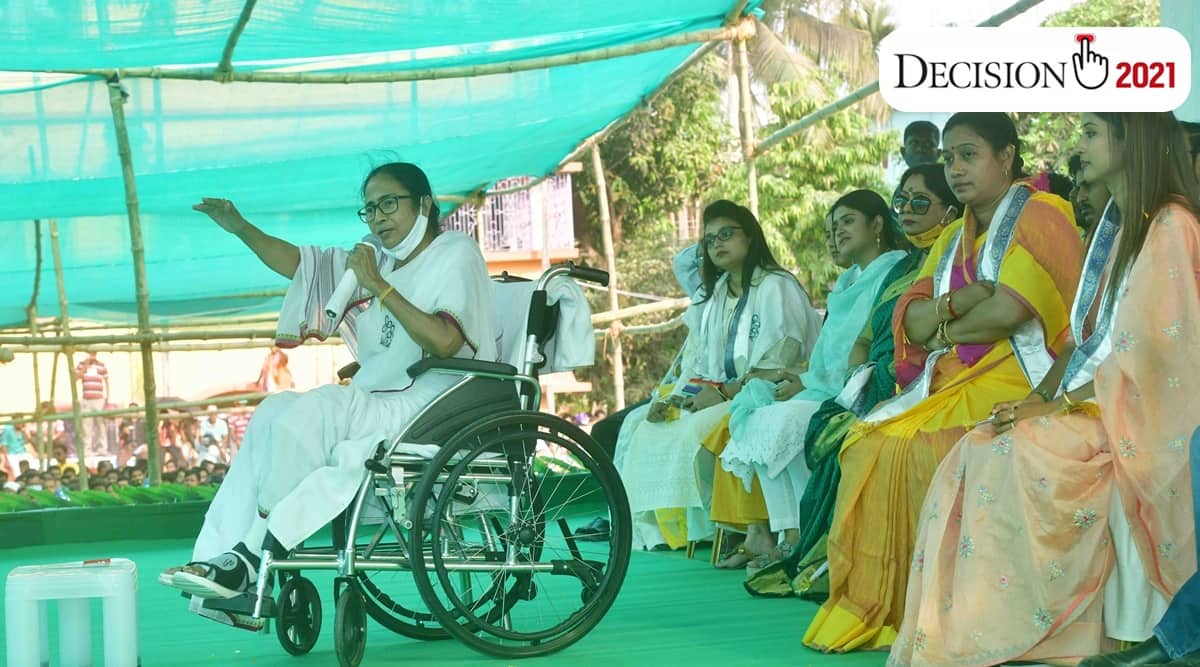 West Bengal Chief Minister Mamata Banerjee on Sunday hit out at Prime Minister Narendra Modi, wondering whether he is “god or a superhuman” to make claims of a BJP triumph in the assembly elections, six phases of which still remain.

At an election rally in Kahanakul Porshura of Hoogly district, the TMC supremo, also slammed Indian Secular Front founder Abbas Siddiqui, although without naming him, accusing him of polarizing voters to win a few seats.

“What do you (Modi) think of yourself, are you a god or superhuman?” Banerjee said, while referring to remarks by the PM at public meetings that he will attend the oath-taking ceremony of the BJP government in Bengal and request it to implement the PM Kisan Nidhi scheme as early as possible. She added, “He (Modi) is threatening to use our officers. This is against the Constitution. The BJP is also using goons and the police to threaten voters.”

Modi had also mocked the chief minister on Saturday, referring to some TMC leaders’ claim that Banerjee might contest elections from his Lok Sabha seat Varanasi in 2024, saying this proves that Didi has accepted defeat.

Banerjee, in a veiled reference to Siddiqui, whose ISF is fighting the elections in alliance with the CPI(M) and the Congress, said, “He and another party from Hyderabad have a secret connection with the BJP. Beware of them as they are only trying to divide minority votes.”

Banerjee assured the people that once she returns to power, she will provide Rs 10,000 per annum to farmers who have more than one acre of land as against the Centre’s grant of Rs 6,000. She also promised to ensure that every village in West Bengal will have access to drinking water.

India has emerged as a land of solutions: PM Modi at Invest India Conference in Canada