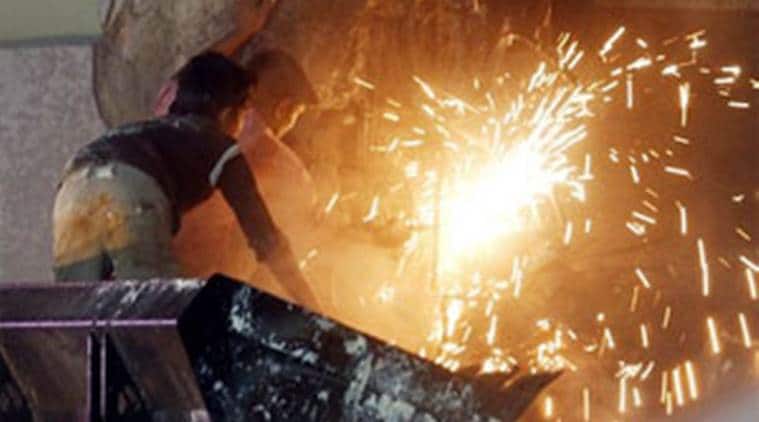 India’s factory activity contracted sharply in May following a historic decline in April as a government-imposed lockdown to control the coronavirus hammered demand, a survey showed, leading firms to cut jobs at the fastest pace on record.

Asia’s third-largest economy will contract this quarter for the first time since the mid-1990s, a may Reuters poll found, having expanded 3.1% last quarter, its weakest annual pace in at least eight years.

“The latest PMI data suggested that Indian manufacturing output fell further in May,” noted Eliot Kerr, economist at IHS Markit. “This result is particularly poignant given the record contraction in April which was driven by widespread business closures.”

Although slightly improved, sub-indexes tracking new orders and output remained firmly in contraction territory, which led factories to reduce headcount at the sharpest rate since the survey began in March 2005.

Demand was subdued despite both input and output prices declining for a second straight month, signaling easing in overall inflation, which would give the central bank room to ease policy further.

The RBI has already taken a series of aggressive policy actions, including a cumulative rate cut of 115 basis points, since the lockdown was imposed on March 25.Yet optimism about the coming year fell last month.

“The further reduction in May highlights the challenges that businesses might face in the recovery from this crisis, with demand remaining subdued while the longevity of the pandemic remains uncertain,” added Kerr.

Monkeys can no longer move around with their tails up

BonD services in all districts soon

Netflix sued over Black Mirror by Choose Your Own Adventure publisher

Amit Sadh reveals he had suicidal thoughts at 16, says it ‘takes courage’ to admit weakness

Amit Sadh reveals he had suicidal thoughts at 16, says it ‘takes courage’ to admit weakness
We and our partners use cookies on this site to improve our service, perform analytics, personalize advertising, measure advertising performance, and remember website preferences.Ok