Progress achieved over decades has been reversed by hollow slogans, event management and brand-building at the cost of governance. We must undo the damage 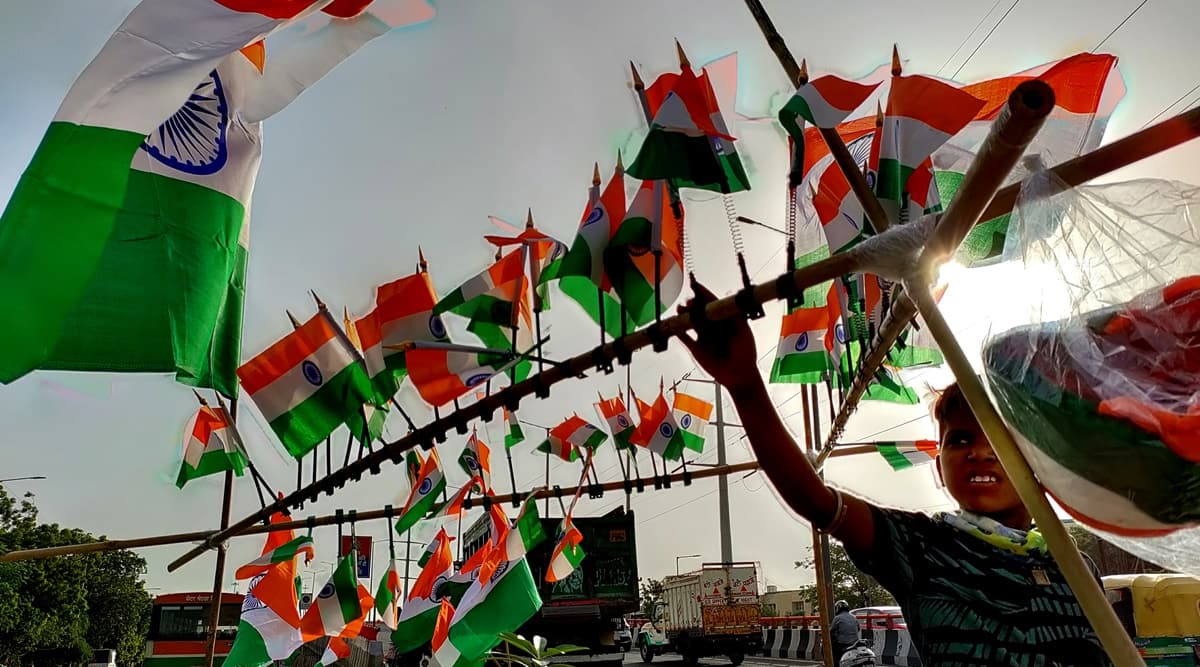 Independence Day this year marks the beginning of India’s 75th year as a free nation. It is an occasion for proud celebration, deep reflection and renewed commitments. It is an occasion to recall the sacrifices of those who laid the foundations of modern India and who boldly envisioned a prosperous, harmonious, inclusive, democratic nation — united by our diversity, inspired by our rich history, and seeking our rightful place in destiny.

We honour the contributions of our nation’s founders: Mahatma Gandhi’s unflinching moral leadership and his dedication to truth, non-violence, communal harmony and antyodaya; Jawaharlal Nehru’s untiring efforts to build our democracy, economy, public institutions and whose idealism earned India a respected place on the world stage; Sardar Patel’s steely resolve to forge a nation-state by unifying more than 560 princely states; Subhas Chandra Bose’s leadership of the National Planning Committee and his emphasis on military strength; Babasaheb Ambedkar’s crafting of our Constitution committed to justice, liberty and emancipation of the oppressed classes.

Over three-quarters of a century, we have nurtured a vibrant democracy with deep roots. We have achieved self-sufficiency in food production. We have created one of the world’s largest economies and lifted the greatest number of people in the world out of poverty and disease through democratic means. We have built one of the largest, strongest military forces and a pioneering space mission. Yet, as we celebrate our successes, we also realise how much further we still have to go. Unfortunately, recent years have seen a reversal of our nation’s progress on multiple fronts.

The recently concluded Monsoon Session of Parliament displayed the disdain of the Narendra Modi government towards parliamentary processes and building consensus. The Opposition was repeatedly denied an opportunity to raise issues of national importance — destructive farm laws, the use of military-grade software to hack into devices belonging to constitutional figures, political opponents, journalists and activists, runaway inflation and unemployment. Increasingly over the past seven years, laws have been passed without debate in the House or scrutiny by a committee, effectively turning Parliament into a rubber stamp. Democratically elected state governments have been toppled, disrespecting people’s mandates. The media has been systematically intimidated and arm-twisted into forgetting its responsibility to speak truth to power. Institutions that were carefully built and nurtured to provide the structure of true democracy have been systematically degenerated or destroyed, eroding the values that give substance to the inalienable right of our people to equality, justice and individual freedom.

Sadly, we have been witness to the worst sustained economic decline in these past 75 years. Even before the Covid-19 pandemic hit India, the momentum built up in recent years was dissipated through ill-advised initiatives that had no economic rationale. The economic slowdown has come with terrible consequences for our most vulnerable families, for the self-employed, for small and medium enterprises, for farmers, for the youth seeking employment, and for millions of our countrymen and women who are described as migrant labour but are a vital part of our society and production processes. The fast-growing middle-classes have suffered as unemployment, poverty and malnutrition have worsened. Entrepreneurs of all strata, with the exception of a favoured few, are in distress. But the government refuses to heed the signs, to consult or to kickstart the economy by transferring money directly to the people. From high taxes on all forms of fuel to the widespread loss of income, the burdens are increasing by the day.

Decades of progress in improving healthcare have been reversed by the mismanagement of the pandemic. Lives and livelihoods have been devastated as a result of hubris and bad planning. We legitimately take pride in being the world’s largest producer of vaccines. Yet, the percentage of our population that is fully vaccinated is very low due to an inordinate delay in placing orders, leaving us vulnerable to future waves at a time when our people are struggling to return to some semblance of normalcy. Even our children’s education has been disrupted with profound long-term consequences.

Our farmers, who spearheaded the success of the Green Revolution, have been protesting for many months. But the government has refused to heed their legitimate concerns. It is imperative that the government reach out and address their demands. We must ensure that those who feed us do not starve themselves. We have to make agriculture more sustainable, economically and ecologically.

Since Independence, federalism has been a defining feature of our democratic republic. The federal spirit we have nurtured has been accommodative and cooperative, respectful of diversity and regional aspirations. The establishment of the Goods and Services Tax regime was the culmination of decades of effort and reflected the trust that our states reposed in the Union government. Yet, in recent years, states are being deprived of their rightful share of overall revenues through the increasing use of non-shareable cesses. Short-changing states is short-sighted policy, which hollows out our federal structure and hampers implementation of various programmes and schemes.

Another recent dangerous trend is the misuse of laws and government agencies. Laws that were used against our freedom fighters by the British and laws that are specifically targeted at terrorists are being misused against anyone who dares to question the Prime Minister and his government. Doctored videos, planted evidence, and fake toolkits are all becoming weapons of intimidation and disinformation to suppress dissent. Government agencies are routinely let loose on political opponents. Such moves are aimed at instilling fear and hack away at the very foundations of democratic freedoms.

After decades of progress towards an India of our dreams, why is our democracy in danger? It is because tangible achievements have been substituted by hollow slogans, event management and brand-building only to benefit those in power — at the expense of governance. It is because symbolism has triumphed over meaningful action. It is because democracy is sought to be replaced by an autocracy. Today’s symbolism and reality is that Parliament House is being turned into a museum.
As we

begin independent India’s 75th year, we owe it to our freedom fighters to undo this damage to our Republic. We must fight to preserve and strengthen the freedoms that they sacrificed so much for. We need to imbibe their compassion to help crores of our compatriots overcome challenges of poverty, discrimination and disease so they can live fuller, fulfilled lives. We need to draw courage from them to take on those who would replace their inclusive, liberating idealism with a narrow, sectarian, worldview overflowing with prejudice and discrimination. We must not be swayed by hollow attempts to appropriate our icons by those who made no contribution to our struggle for independence. They may borrow Gandhiji’s spectacles but their vision for our country remains Godse’s. Our founders rejected that divisive ideology 74 years ago, and we must reject it once again.

A united, harmonious, strong India has a larger role to play on the global stage. In his momentous “Tryst with destiny” speech, Nehru underlined that the world cannot be split into isolated fragments, and that peace is indivisible, and so are freedom, prosperity and also disaster. In a world affected by Covid-19 and climate change, India’s response to these challenges will be crucial to the world.

Going forward, let us renew our commitment to embrace our inclusive civilisational ethos and our founders’ dedication to justice and equity. This is our strength that enabled us to overcome tremendous odds to create a transformative future for our people. India must continue to demonstrate to the world how a country with innumerable languages, religions, cultures and ethnicities can thrive while celebrating diversity. India must be a beacon to other countries with our record of building and sustaining a vibrant democracy. India must showcase our success in creating one of the world’s leading economies that balances growth with equity. India must show that it is possible to translate idealistic visions into lived realities.

Bankers are COVID Warriors too!

Remy Ma Defends Chris Brown For Creating Shirt Calling Out Rape Accuser: ‘I Will Wear It Every Week’