Active cases had touched a peak on September 17, and there has been steady decline after that. The number has reduced by almost 2.25 lakh in this last one month. 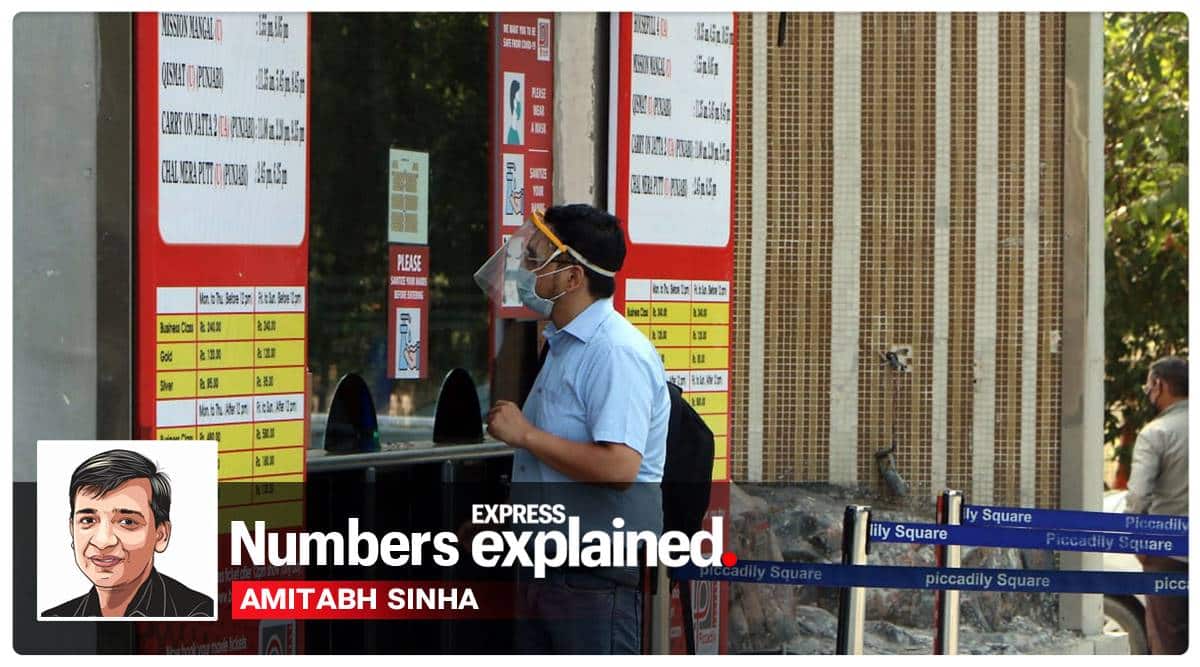 The continuing decline in new infections of novel coronavirus has ensured that the number of active cases has now dropped below eight lakh, a level that previously existed around the end of August. On Friday, only about 62,000 new cases were detected, lowest in the last four days, while more than 70,000 people were declared to have recovered. The trend of recoveries exceeding new cases has now continued uninterrupted for the last 14 days.

Active cases had touched a peak on September 17, and there has been steady decline after that. The number has reduced by almost 2.25 lakh in this last one month. During this time, 29,800 deaths have also happened, which would account for about 13 per cent of the reduction in active cases. The remaining 87 per cent has happened because the far lesser number of people are now falling sick compared to those who are recovering. (Follow Coronavirus India Live Updates)

More than half of this fall has happened in Maharashtra alone. The number of active cases in that state has dropped from about three lakh to less than 1.9 lakh now. Karnataka is the only other state to have more than one lakh active cases. Several other indicators have also shown marked improvement during this time, and are all pointing to a declining epidemic. The growth rate of cases is now firmly under one per cent a day, the lowest ever. Positivity rate, or the number of positives out of those who are tested, has fallen below 8 per cent, to a level that existed in mid-July. The case fatality ratio, or the number of deaths as a proportion of positive cases, has dropped to 1.52 per cent, again, the lowest ever. The recovery rate is touching 90 per cent. 📣 Click to follow Express Explained on Telegram Even Kerala and Karnataka, the two fastest growing states, are now showing signs of slowing down. Delhi is the only state which seems to be re-entering a resurgent phase. It has been reporting more than 3,000 cases for the last four days, after remaining below that figure for eleven days. Delhi has also regained the number one position amongst cities with the highest number of people to have got infected with the virus.

Top ten states with most infections

While the numbers have been declining in India, it has begun to rise again in several other countries, including the United States that has the highest number of people infected with the virus. On Friday, the United States reported more than 59,000 new cases, the highest since the start of August. There has been a major resurgence in European countries like the United Kingdom and Spain as well, though compared to India and the United States, their numbers are still smaller.

The decline in India and the resurgence in the United States means that India’s emergence as the country with the maximum number of infected people would be delayed. The United States has about four lakh more cases than India right now. Till a few days ago, India was adding far greater number of cases every day compared to the United States, and it looked only a matter of days before the US tally would have been overtaken. But with the US now detecting almost similar number of cases as India, the present situation is likely to continue for some more time.

Don’t miss from Explained | Solidarity Trial dampener: What does this mean for the drugs that hopes were pinned on?

‘Days Of Our Lives’ Comings & Goings: A Major Recast And A Fan Favorite Character Says Goodbye