India's Coronavirus case numbers: While Maharashtra has been offering signs of a decline for quite some time now, states like Kerala, Delhi, Uttar Pradesh and Karnataka have also not been rising for the last few days. 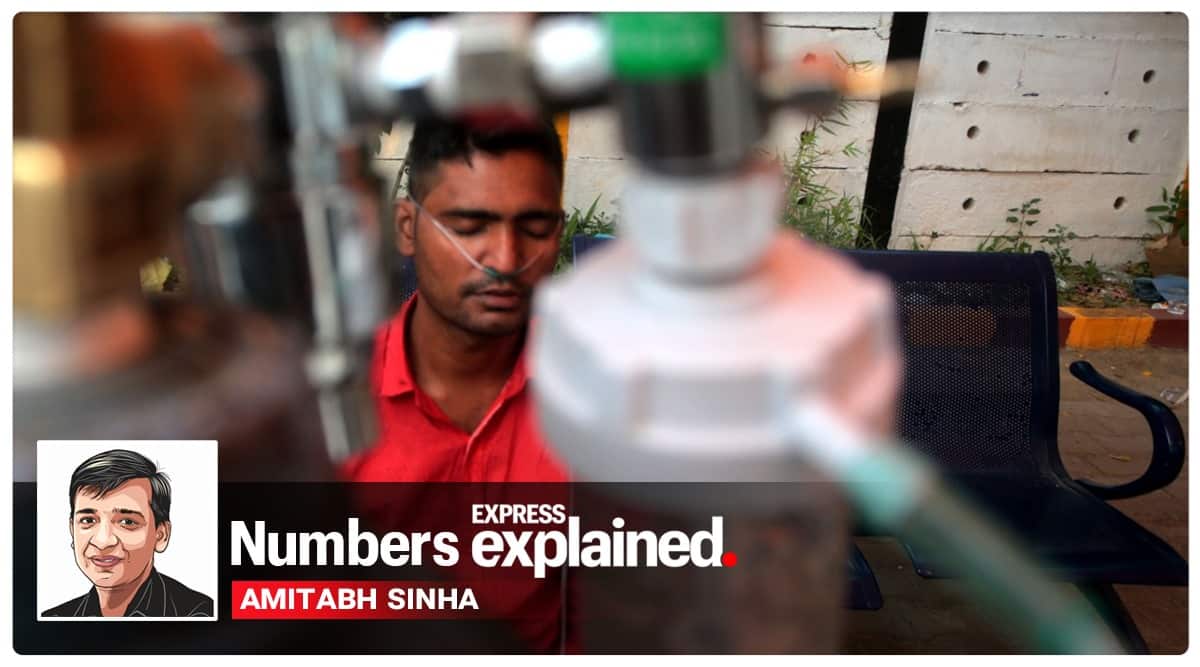 Maharashtra, Karnataka, Kerala, Delhi, and even Chhattisgarh showed a decline in their daily numbers on Sunday. As a result, India reported about 3.68 lakh cases on Sunday, compared to 4.01 lakh on Friday and 3.92 lakh on Saturday.

Lower number of tests on a Sunday is nothing new, but its impact is usually felt only the next day, on Monday, because many of the test reports usually come only a day later. That is why for several months now, Mondays have represented a drop in the reported number of cases.

It is not clear how the impact of low testing is, this time, getting reflected on the same day, and whether Monday would see a further drop in number of cases. But it has resulted in two consecutive days of decline in daily count of cases, something that has not happened in a long time.

For four days now, the number of active cases has increased by less than a lakh. On Sunday, it increased by 63,998, the lowest amount in the last 20 days. Between April 13 and April 28, active cases were increasing by more than a lakh a day. During this fortnight, the worst phase of the pandemic in India so far, more than 48 lakh new cases were discovered, and close to 35,000 people died. While Maharashtra has been offering signs of a decline for quite some time now, states like Kerala, Delhi, Uttar Pradesh and Karnataka have also not been rising for the last few days. The most crucial is Uttar Pradesh, which had seen a very steep rise in cases in the first two weeks of April but has been relatively stable after that. The daily case count in Uttar Pradesh entered the 30,000s on April 18, and has remained there for the last two weeks. Uttar Pradesh has the potential to emulate Maharashtra and start reporting more than 50,000 cases a day, but thankfully, that doesn’t seem likely to happen in the next few days.

Karnataka and Kerala, two other states that have been reporting more than 30,000 cases a day, have also been showing a declining trend for the last few days, but it is still too early to know whether this will hold on. In both these states, active cases are still going up.

The case count has gone down in Delhi as well in the last two days, but a much bigger concern in the national capital is the rising number of deaths.

On Sunday, 407 deaths were reported from Delhi, the second consecutive day when the toll has been more than 400. Delhi has so far recorded close to 17,000 deaths, second only to Maharashtra’s 72,000.

The state which is racing ahead is Andhra Pradesh, which was the second worst affected state during the first wave. Andhra Pradesh had been rising relatively slowly in the second wave, but has accelerated in the last one week.

On Sunday, the state reported close to 24,000 cases, about 4,500 more than what was discovered just a day earlier.

Politics of vengeance, finetuned by the BJP

Most Sensuous side of VVR item Girl

Modi in Japan for G20, focus on talks with Trump

Saina Nehwal refuses to play due to uneven surface