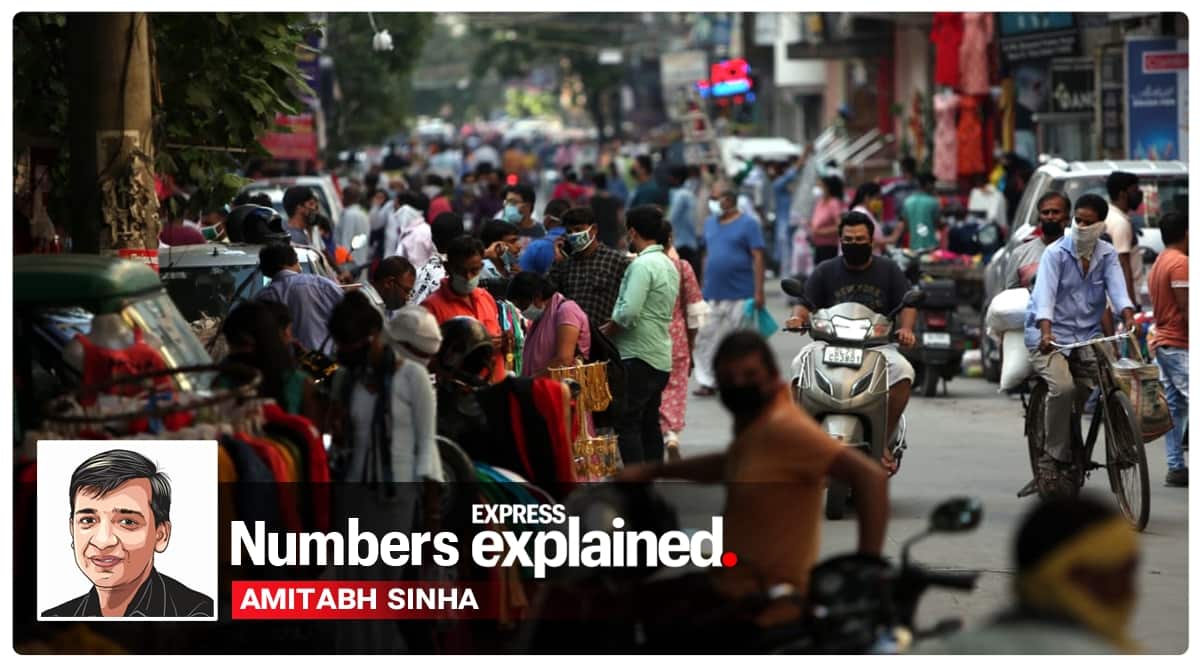 India coronavirus cases: The number of new infections of novel Coronavirus jumped to more than 75,000 on Wednesday, the highest that any country has ever recorded on a single day since the start of the outbreak.

The big jump came after more than three weeks of relative stagnation during which the number of new infections remained between 60,000 and 70,000, the longest that it has spent in any such range. It was powered by the highest single-day rise in Maharashtra, Andhra Pradesh and Uttar Pradesh.

India’s population is close to four times that of the United States, and almost six times that of Brazil. It would not be surprising, therefore, that the level achieved on Wednesday becomes the new normal for India for some time, and go even further than this.

A resurgence seems to be happening in Delhi, Kerala, Telangana as well. Delhi reported more than 1,600 new cases, the highest since July 11. Delhi Chief Minister Arvind Kejriwal said the number of tests would now be doubled, to almost 40,000, to check the further spread of the virus. This could lead to the numbers rising again, at least in the short term. Telangana is already experiencing such a trend. The state has almost doubled its testing numbers in the last one week, and consequently started to discover many more cases than it was doing earlier. On Wednesday, it reported about 2,800 new cases. Till a few days ago, it was reporting between 1,400 and 1,800 cases. Meanwhile, a central team is visiting Bihar to assess the situation there. Bihar had been one of the fastest growing states in the last few weeks, though there has been a minor slowdown, of late. From less than 10,000 cases at the start of July, Bihar has seen its numbers grow to more than 1.26 lakh now. The central team is said to have expressed concern at the state government’s reliance mainly on rapid antigen tests, whose results are not as reliable as the RT-PCR tests. Also, most of the positive patients in Bihar have been put in home quarantine, where monitoring and surveillance is unlikely to be as strict as in institutional quarantine.

Also read | Covid-19 vaccine tracker, August 27: Moderna vaccine promises to be as effective among old as in young

US Attorney General will not recuse himself from Mueller probe

Shi Yuqi and Sameer knocked out

When dancing around a TREE was so much FUN!
We and our partners use cookies on this site to improve our service, perform analytics, personalize advertising, measure advertising performance, and remember website preferences.Ok