India coronavirus numbers explained: Scientists concede that the epidemic in India is now at a stage where government interventions are unlikely to make any substantial difference in the speed with which new cases are being detected. 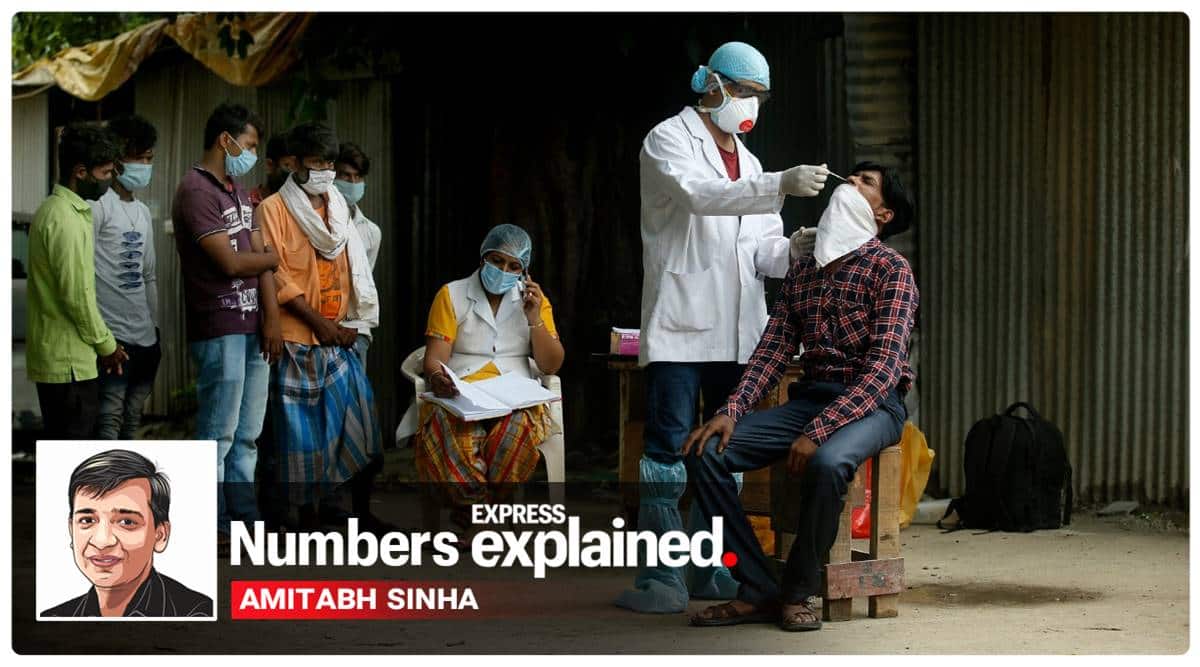 India coronavirus numbers cases: The coronavirus epidemic in India seems to have entered a runaway phase with every day bringing in higher and higher number of new infections. After touching a new high on Saturday, breaching the 90,000 mark for the first time, more than 90,800 cases were detected on Sunday. In fact, the increase in the number of cases in Maharashtra is showing a pattern similar to the country as a whole in the last two weeks. The state had been reporting new cases in the range of 12,000 to 14,000 per day, and the last few days has seen a rapid progressive increase. On Saturday, more than 20,000 cases were detected, and that number jumped to more than 23,000 on Sunday. 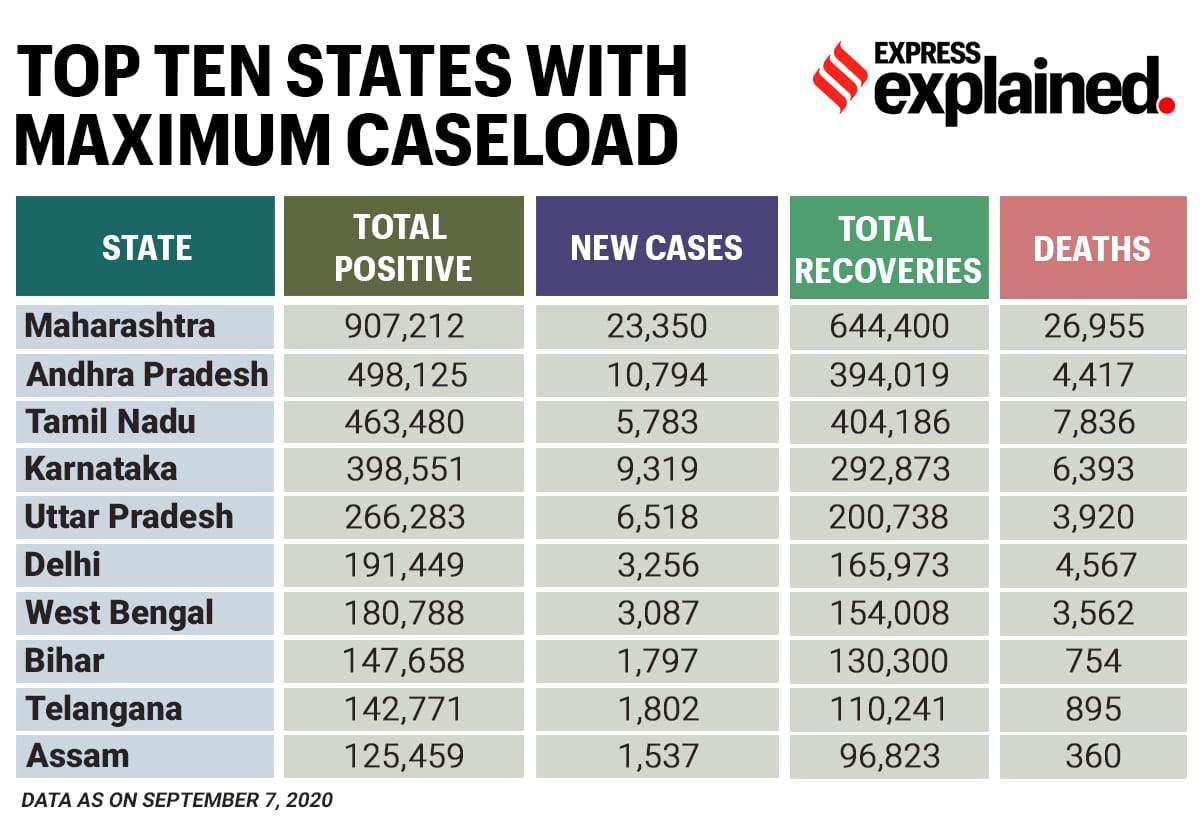 But a few states outside the top ten are also showing a sharp increase, the most notable in Jharkhand and Chhattisgarh. In fact, these two states have the fastest daily growth rates in the country right now. On Sunday, Chhattisgarh reported about 3,500 new cases. Till a week ago, the state had never found more than 1,500 cases in a day.

Scientists concede that the epidemic in India is now at a stage where government interventions are unlikely to make any substantial difference in the speed with which new cases are being detected. They point out that one of the big reasons we are finding more cases is that we have been testing many more samples. People were getting infected earlier as well, but we were not able to detect as many as we are able to do now. This is also evident from the fact that the positivity rate is still showing a decline. In such a scenario, the higher number of cases can directly be attributed to higher number of tests being carried out.

The tests dropped sharply on Sunday — only 7.2 lakh samples were tested on Sunday against the recent trend of more than 1 lakh a day — and therefore, the number of new detections is likely to go down on Monday and Tuesday. That’s because the results of the tests usually take a day or two to be included in the data.

Stories in your mother tongue

Watch | There is nothing imaginative about a political joke: Vir Das

Industrial estate promotes itself to show its potential