India coronavirus numbers explained: At the rate at which India is adding numbers, it looks poised to overtake the United States in about a month’s time. 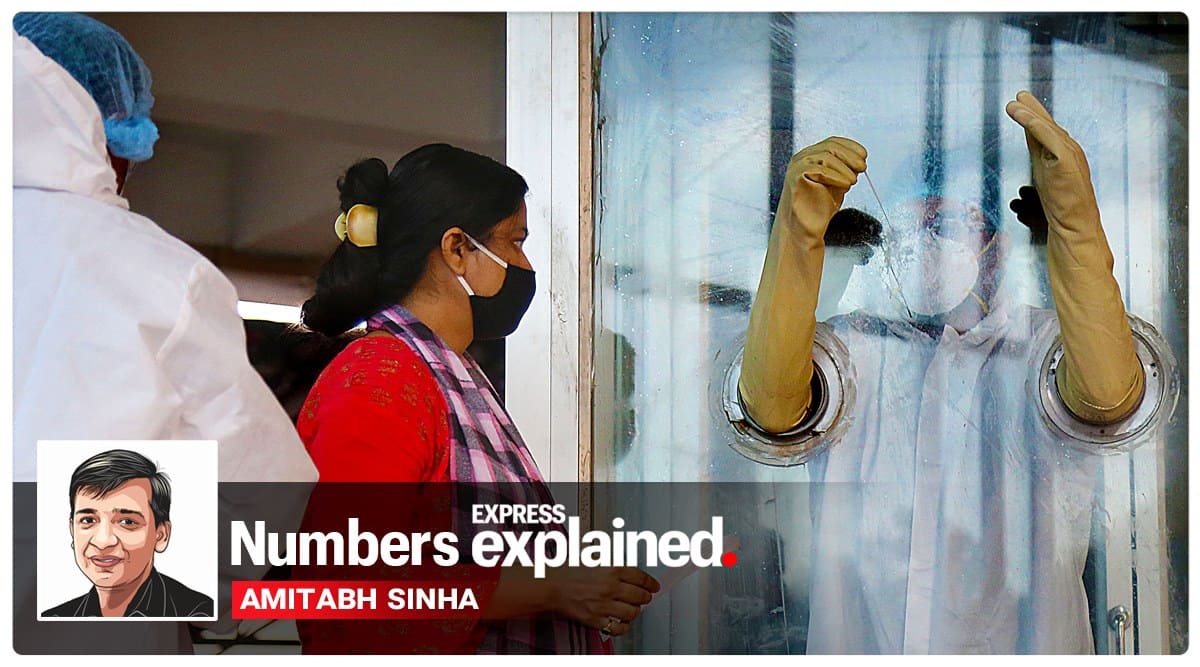 India coronavirus cases: The number of confirmed cases of novel coronavirus crossed the five million (50 lakh) mark on Tuesday, with the addition of more than 90,000 new detections. The last one million cases have been added in just 11 days.

The gap with the United States, the country with the highest coronavirus caseload in the world, is reducing steadily. As on Tuesday night, there were more than 6.8 million people (68.77 lakh) in the United States who have so far been infected with the virus. At the rate at which India is adding numbers, it looks poised to overtake the United States in about a month’s time. 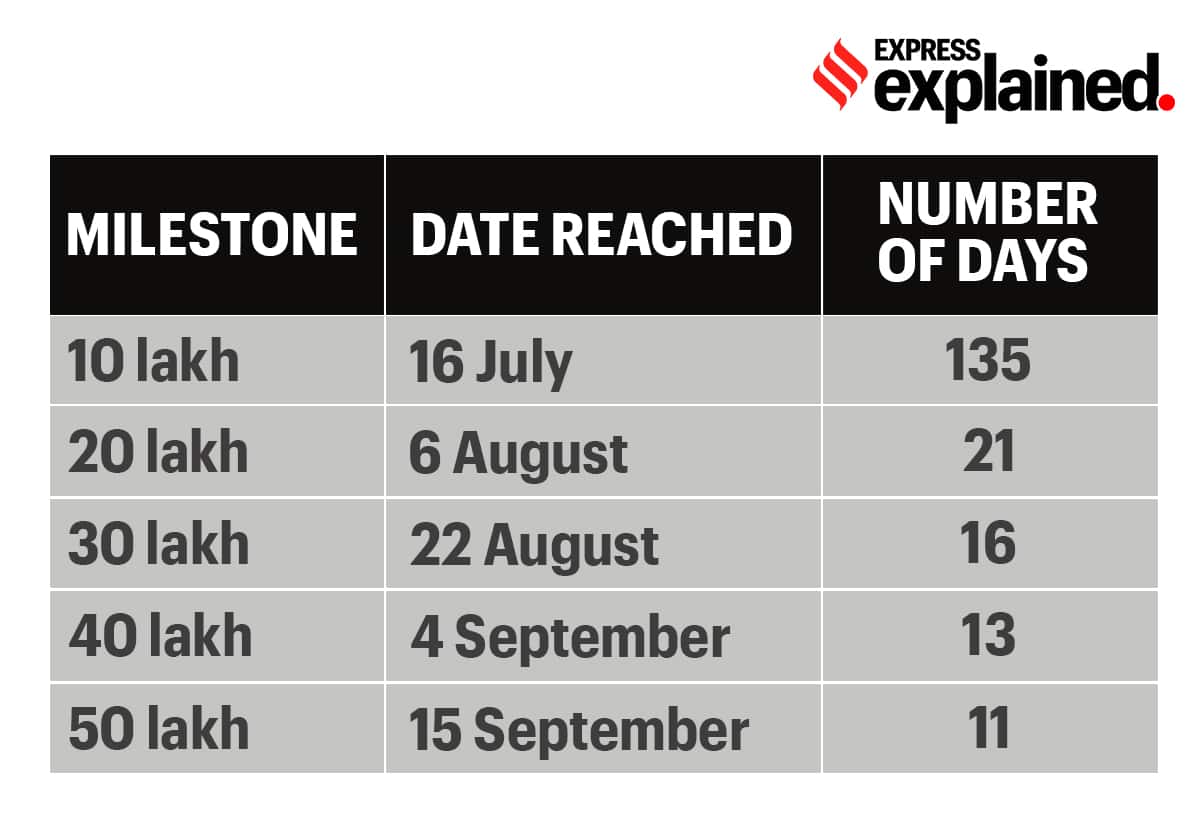 The number of new cases detected on Tuesday was slightly lower than what has been the norm in recent days. The new detections have remained in the mid-90,000s for the entire last week, and it can cross the one-lakh figure on any day now.

The daily growth rate, however, has been steadily, though slowly, going down all this while. On Tuesday, the growth rate fell below 2 per cent per day (seven-day compounded daily growth rate) for the first time since the epidemic started in India. Amongst the ten states with the maximum caseloads, four are currently growing at rate faster than the national growth rate. Crucially, this includes Maharashtra, which still accounts for more than 20 per cent of all coronavirus cases in the country. Maharashtra’s current growth rate is 2.18 per cent per day.

Maharashtra has been the main driver for the recent surge in numbers in India. For the last ten days now, it has been reporting between 20,000 and 25,000 new cases every day. During this time, its daily growth has begun to rise again after more than two months of slow decline.

But Andhra Pradesh finally seems to be showing some signs of slowing down. For the last five days, it has been reporting less than 10,000 new infections daily. For 15 days before that, the state had been adding between 10,000 and 11,000 new cases. Andhra Pradesh has been contributing the second highest number of cases every day, after Maharashtra.

Meanwhile, Chhattisgarh has been maintaining the fastest growth in the country as of now. It has been adding more than 3,000 cases every day and growing at more tha 5 per cent per day. Its case count has doubled since the start of this month, and now exceeds 70,000. The active cases have jumped from about 14,000 at the start of September to more than 40,000 now.

The death count in the country has crossed more than 82,000. On Tuesday, 1,290 deaths were reported from across the country. 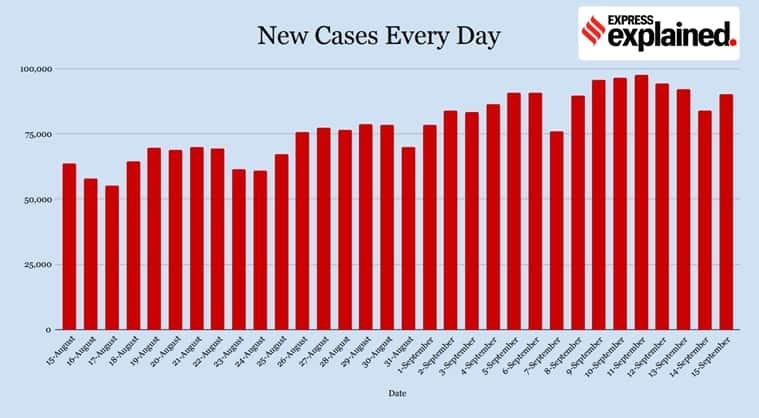 The rise in the number of daily detection of new cases has meant that the daily recoveries have also increased in the last few weeks. On Tuesday, nearly 83,000 infected persons were declared to have recovered from the disease, the highest on any single day so far.

Heavy rain uproots over 50 trees in the Nilgiris, 20 families evacuated after landslip

India vs Australia: ‘Think that’s why he can’t get the swing’ – Irfan Pathan tries to understand Mitchell Starc’s new action