The discussions were held between Defence Minister Rajnath Singh and his Australian counterpart, Peter Dutton, who is on a visit to India along with Australian Foreign Minister Marise Payne. 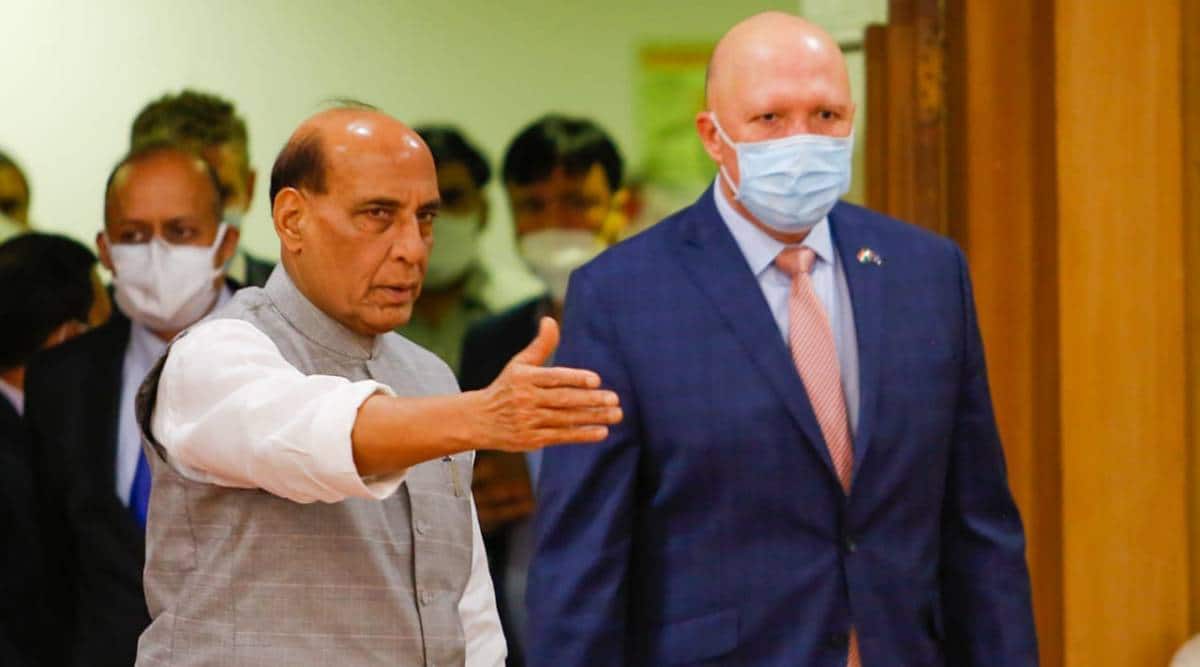 India and Australia on Friday held discussions on defence cooperation, with India stating that partnership between the two countries is based on a shared vision of free, open, inclusive and rules-based Indo-Pacific region.

The discussions were held between Defence Minister Rajnath Singh and his Australian counterpart, Peter Dutton, who is on a visit to India along with Australian Foreign Minister Marise Payne.

The talks took place a day before the inaugural 2+2 ministerial dialogue among Foreign and Defence ministers of the two nations.

Calling the discussions on bilateral defence cooperation and regional issues “fruitful”, Singh said: “Both of us are keen to work jointly to realise full potential of the India-Australia Comprehensive Strategic Partnership. This partnership is based on our shared vision of free, open, inclusive and rule-based Indo-Pacific region. Australia and India have tremendous stake in peace, development and free flow of trade, rules-based order and economic growth in the region.”

Both countries, along with the US and Japan, are a part of the Quad — or the Quadrilateral coalition that resolved to work towards ensuring a free, open and inclusive Indo-Pacific.

Singh said the discussions focused on bilateral defence cooperation and expanding military engagements across services, enhancing defence information sharing, cooperation in emerging defence technologies and mutual logistics support. He said India is committed to building a robust partnership with Australia for security and growth of the entire region.

The Australian Navy was part of the recent Malabar naval exercise, which also featured navies of India, the US and Japan.

Singh said he had apprised Dutton about India’s recent efforts towards “Atmanirbhar Bharat” and growing innovation ecosystem in India. “We discussed opportunities to work together in Defence Science and Technology areas,” the Defence Minister said. “I invited Australian industry to take advantage of India’s liberalised foreign direct investment policies in the defence sector. We both agreed that there are opportunities of bilateral collaboration for co-development and co­ production.”

In June last year, India and Australia elevated their ties to a comprehensive strategic partnership and signed a landmark deal for reciprocal access to military bases for logistics support during an online summit between Prime Minister Narendra Modi and his Australian counterpart, Scott Morrison.

Trains to chug into Gajwel soon

The need to forget