Come monsoon, Chhattisgarh’s Bastar lives in dread of the fever that leaves them battling death. With hard-to-reach villages and sparse medical centres, a vaccine lights hope 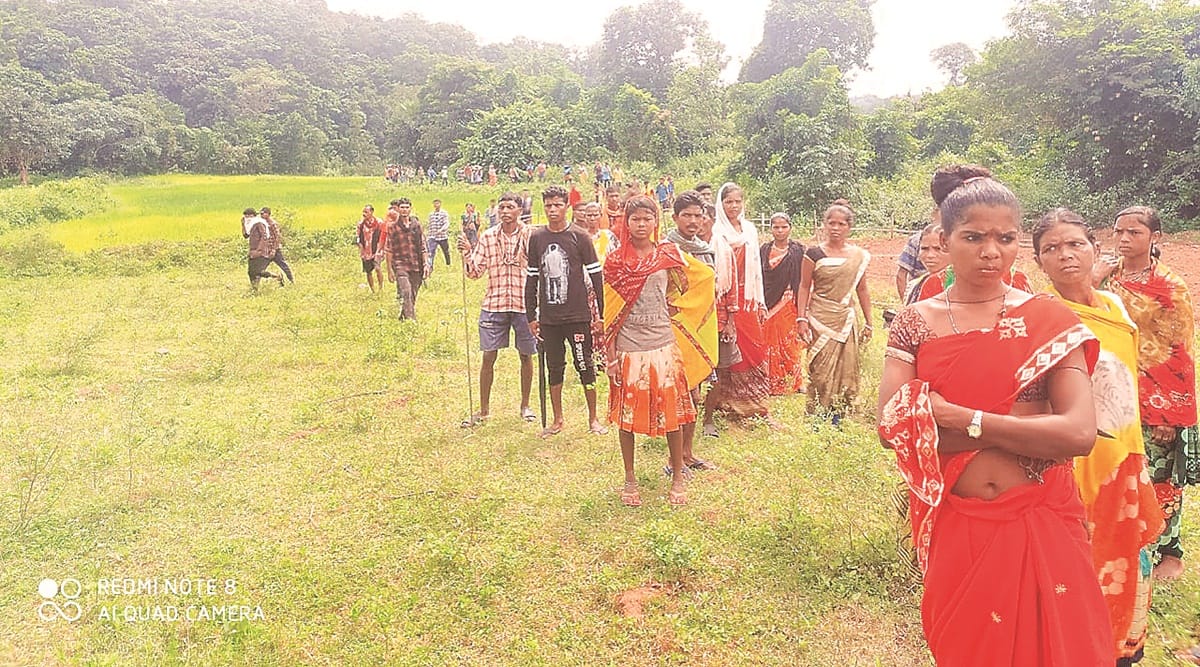 Silca Tati, 31, contracts malaria every year, at least once, sometimes more often. The resident of Khadiapara, in hard-to-reach Edesmetta — a village nestled in the hills, with the closest motorable road 15 km away — Tati says she gets high fever and shivers through the night for at least three days, each time. Of the 25 families in her para, or locality, every house has a similar malaria story, and each has devised “own ways” to deal with it. Medical intervention, still sparse, only started reaching the village after the start of the ‘Malaria Mukt Bastar’ campaign in 2020.

Malaria is one of the biggest killers in Chhattisgarh, with some of the blocks of Bastar district the worst-hit in the country. Even security forces battling Naxals are vulnerable to the disease. In India, it is at places like Edesmetta where the first-ever vaccine for malaria, now a possibility after the WHO nod, can prove a game-changer.

Once the monsoon starts, hardly any week goes by without malaria striking, say villagers. In September 2019, twins born to Soma Punem died a month after their birth following high fever.

“They were sick for a few hours before they died. We couldn’t even take them to the health centre,” Punem says. While the infants were never tested, their symptoms were too familiar for Punem to be in any doubt.

With the Gangaloor Health Centre 15 km and two hills away, very few villagers make it there. Tati says they have devised alternative “healing” methods such as drinking hot indigenous liquor, getting bitten by a local red ant known as Chapra, and consuming barks of specific trees from the jungle around. “Only when things get serious do we trek to the health centre,” says her husband Budhru. Those who can’t walk or have passed out are taken on a cot or a basket.

The Malaria Mukt Bastar campaign has already made some difference. In Bijapur, between the first and second phase of the programme, there was a decline of 71.3 per cent in cases.

National Health Mission Director Priyanka Shukla says the Annual Parasite Incidence (malaria cases per 1,000 per annum) fell from 5.21 in 2015 to 1.17 in 2020 — under an eradication programme that pushes not just preventive measures like distribution of mosquito nets but also ensures testing of asymptomatic carriers along with hotspots and active cases. “We call it passive testing, to root out the parasite from an area and reduce the recurrence of the disease. Our ground teams go in periodically and conduct mass testing,” she says.

But the challenges are many, Shukla admits, starting from ensuring that tribal families make sleeping under mosquito nets a habit. “We saw that villagers would not use the nets if these were given packed, so our ground staff is now directed to give the nets after opening them, and to conduct regular checks to see the villagers are using them.”

In Edesmetta too, every house has a mosquito net, but few use it. Villagers say while anganwadi workers seldom visit, doctors have been coming sporadically for the past two years. “They come in the months of August and September and give us tablets. Sometimes, they conduct blood tests and give us mosquito nets,” Budhru says, adding, “They always say they will come every week but they don’t. So after their visit, if someone falls ill, we have to trek to the Gangaloor Health Centre.”

Tati’s eyes light up hearing there could soon be a vaccine for malaria, thus ending her yearly bouts with it. Camps for other vaccines are regularly held at the marketplace in Gangaloor.

Tati is ready to even volunteer for the vaccine. “The disease breaks my body and I am left feeling weak for days even after the fever has subsided. Who likes getting sick every week?” she says.

However, there are many hurdles along the way. Approved by the WHO only last week, with the India timeline unclear, the vaccine is essentially meant for children. To be effective, four doses must be administered starting at the age of five months, which could pose logistical problems in far-flung regions like Edesmetta, where even the completion of the course of chloroquine to treat malaria is a complex task for the medical team.

Admits a health worker at the Gangaloor centre, “We tell the villagers to complete the course, but the minute their fever drops, they stop taking the medicines, leading to complications and severe recurrence of the disease.”

Shukla says she can’t comment on the strategy yet as they know little about the vaccine modus or efficiency. But, in the fight against malaria, she says, “a vaccine will definitely help”.