In the first 60 days of 2020, as many as 73 incidents of rape were reported in Lahore, including five gang-rape cases — 10 cases of gang-rape were registered in the whole of 2019. 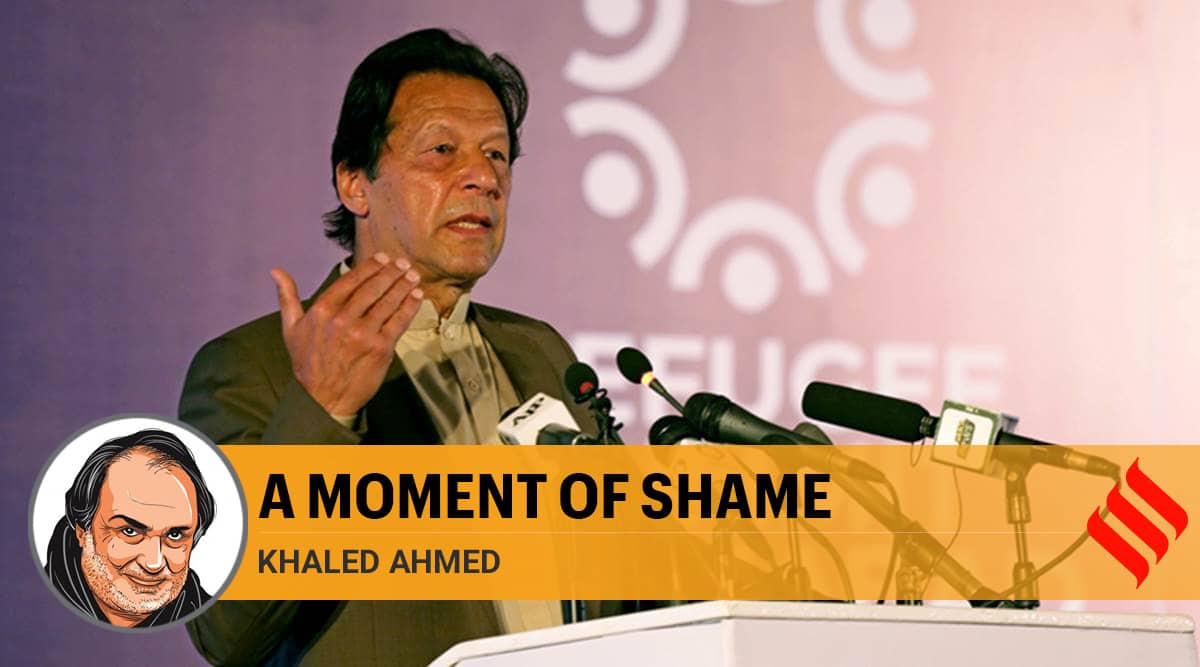 An Indian I greatly admire, Kamla Bhasin, whose indictment of the sick South Asian manhood is on record, will be happy to know that one of the two men who raped a woman on a Lahore highway in the second week of September has been apprehended. As never before, women from across all social levels hit the streets and protested, effectively putting the government of Prime Minister Imran Khan under challenge. Significantly, they were protesting against the Capital City Police Officer (CCPO) of Lahore, one Umar Sheikh, who had come on TV reprimanding the wronged woman for “coming out so late in the night”.

What happened was difficult to take. The woman — probably in some kind of crisis that no one has bothered to investigate — had put her three children in a car and tried to drive out of Lahore when she was waylaid by rapists after her car ran out of fuel. The first reaction came from CCPO Sheikh, “victim-shaming” the woman. One website, Naya Daur, reported: “The Intelligence Bureau in an official report on Umar Sheikh had described him as a womaniser who was financially and morally corrupt.” The IB report further stated: “Posted as District Police Officer Sargodha (2006-2007) he remained involved in corrupt practices”.

Sheikh had insulted his boss, the provincial Inspector General of Police, Shoaib Dastgir, and was not punished, thus compelling the IG to resign his post knowing that Sheikh was “specially chosen” by PM Khan. When the women’s protest across the country became too insistent, Khan’s ruling party, Pakistan Tehreek-e-Insaf, got split over the event and some leaders denounced Sheikh and asked for his removal “after apology”. Soon, the protest proved too much even for the misogynists of Pakistan. Sheikh was forced to apologise. He did so, in a most insincere manner, intensifying the women’s protest which was now not only anti-rape but also anti-government.

Pakistan’s chief justice Gulzar Ahmed denounced the rape and questioned Imran Khan’s appointment of a disreputable officer to the job of CCPO. The Lahore High Court was even more outspoken about the malpractice of appointing “trouble-shooting” officers with bad reputations.

At the popular level where Pakistani clergy rules, people tend to equate rape with sexual intercourse requiring four eye-witnesses if you want to convict the rapist. A raped woman can actually get into trouble with the law if she reports the matter to the police. In the present case, the woman has reportedly refused to become a party to the case for fear of being dishonoured in the court of law. No wonder, Pakistan has become a laughable hunting-ground for the “empowered” Muslim male. In the first 60 days of 2020, as many as 73 incidents of rape were reported in Lahore, including five gang-rape cases — 10 cases of gang-rape were registered in the whole of 2019.

In 2002, Mukhtaran Mai in Punjab was called to a “council of elders” to apologise to a kangaroo court for her brother’s alleged sexual assault of a woman from a landlord’s family. On the orders of the council, she was dragged to a nearby hut where she was gang-raped in retaliation by four men while 10 people watched. The case went up to the Supreme Court but Mai was not given justice “because she was not a virgin”.

Opinion | Two years of Imran Khan: His sheen has worn off, but a decimated opposition keeps his power intact

From June 2013 to February 2015, 4,960 cases of rape were registered in Pakistan, with 6,632 arrests. How many rapists were punished? Only 219, and that too with a lot of mitigation. Post the current incident, Imran Khan has come on TV to say that he would like to have a law that castrates the rapist; but the women protesting on the streets of Pakistan want him to punish the police officer who believes in the indictment of the raped woman “because she was driving late at night”.

The Pakistani male, even when joining the protest, doesn’t really believe that rape is endemic in Pakistan. It is his inborn “faith” that women are “inferior” from the day Allah created Eve and then punished Adam for Eve’s disobedience in Paradise.

This article first appeared in the print edition on October 3, 2020 under the title ‘A moment of shame’. The writer is consulting editor, Newsweek Pakistan.

India should not hold talks with Pak till captured pilot is released: IAF veteran who escaped PoW camp

Delhi Police should remain calm despite all ‘anger and provocation’: Amit Shah

Bigg Boss 12 Day 71, November 26, Live Updates: Sreesanth reveals his mother suffered from depression when he was embroiled in match-fixing scandal