With the swearing-in of the nine new judges, the strength of the Supreme Court has now risen to 33, including the CJI, out of the sanctioned strength of 34. 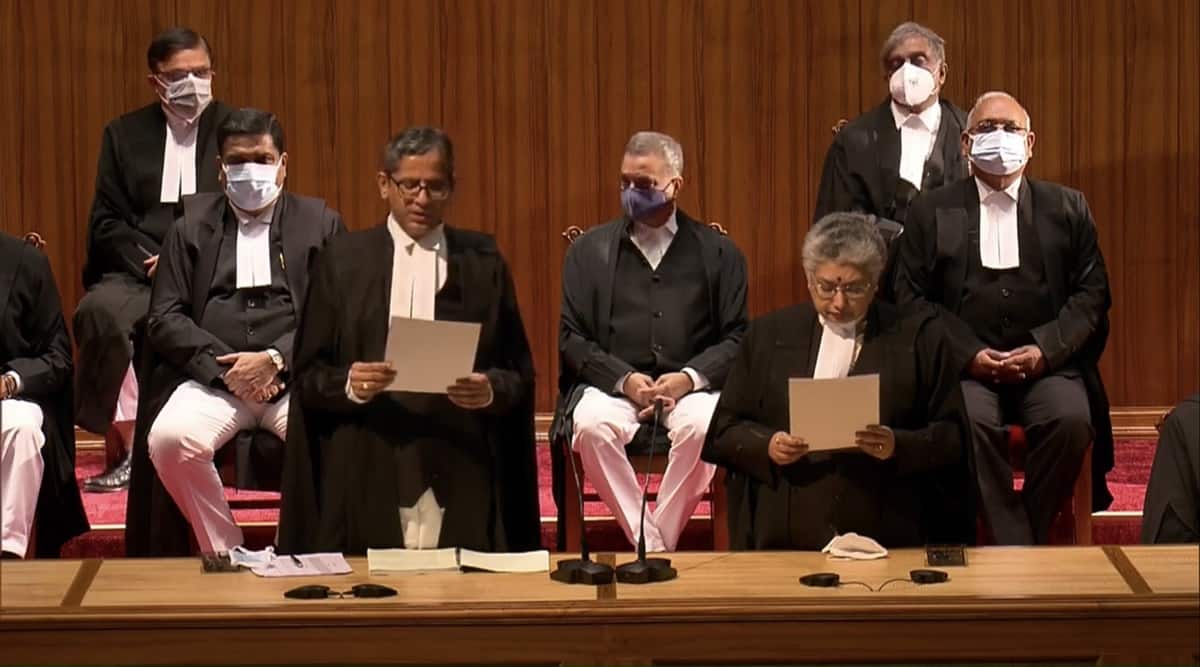 Nine new Supreme Court judges, including three women, were administered their oaths of office by Chief Justice NV Ramana on Tuesday morning. It is for the first time in the history of the apex court that nine judges took oath of office at one go.

Chief Justice of India N V Ramana administered the oath of office to the new judges in a swearing-in ceremony held in the auditorium of the Supreme Court’s additional building complex.

With the swearing-in of the nine new judges, the strength of the Supreme Court has now risen to 33, including the CJI, out of the sanctioned strength of 34.

The government’s nod to appoint nine judges comes a week after the Supreme Court collegium, ending a nearly two-year-long impasse, sent its recommendations. The list has three women, and includes Justice B V Nagarathna, who could become the first woman Chief Justice of India in 2027. Justice Oka will be the most senior among the nine judges.

With the additions, the apex court will have four women judges for the first time — Justices Nagarathna, Kohli and Trivedi, besides Justice Indira Banerjee, the only woman judge in SC at present.

Common exam board remains a dream

Questlove To Publish New Book ‘Music Is History’ In October