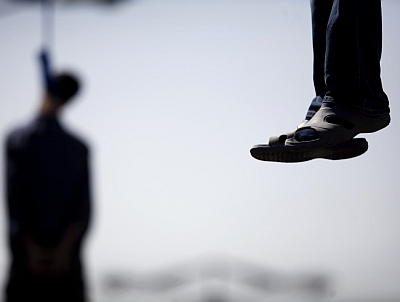 A 17-year-old IIT aspirant from Bihar was found hanging in his hostel room in Rajasthan’s Kota, the third suicide of a student since on Saturday, police said.

Jitesh Gupta of Bihar’s Siwan district was on Tuesday found hanging from the ceiling fan of his hostel room in Kota’s Mahavir Nagar-II area, sub-inspector Ramswroop said on Wednesday.

Jitesh, who has completed his schooling, was in Kota for the last three years to prepare for IIT-JEE, the entrance test for Indian Institute of Technology (IITs).

He was a student of a premier coaching centre in Kota, he added.

Jitesh did not take calls from his parents on Tuesday morning, following which they informed his friends.

When his friends went to his room they found it locked from inside and after peeping through the window they found Jitesh hanging from the ceiling fan, police said.

Officials of Mahavir Nagar police station soon reached the hostel and sent the body to a mortuary, where it was kept for post-mortem examination which would be done after Jitesh’s family reach Kota.

The reason behind the suicide was yet to be ascertained as no suicide note was found, police said.

Jitesh last spoke to his family Monday evening and had told his brother that he was not doing well in studies after recovering from a sickness five months back.

His brother had told him that he would soon visit Kota to meet him. However, he took his life that night, police said.

Officials said that a case has been registered and they are investigating the details behind the death.

This is the the third case of suicide of a student in Kota since Saturday.

On Saturday, a 16-year-old IIT aspirant from the state’s Bundi district committed suicide. Deepak Dadich of Laxmipura village hanged himself in an upper-storey room of his coaching institute.

Thousands of students from across India, especially the northern region, get admitted to private coaching institutes in Kota for preparing for entrance tests of engineering institutes and medical colleges.

However, there have been several cases of suicides over the last few year, which is blamed on high levels of stress.

Centre cuts fuel prices by ₹2.50, Putin arrives in India, and other top stories of the day