"My suggestion for the government is to do what you can..which is to get our people vaccinated. Give all the money..the PM Cares fund, the Rs 35,000 crore you had set apart…spend it all," says Senior Congress leader Kapil Sibal. 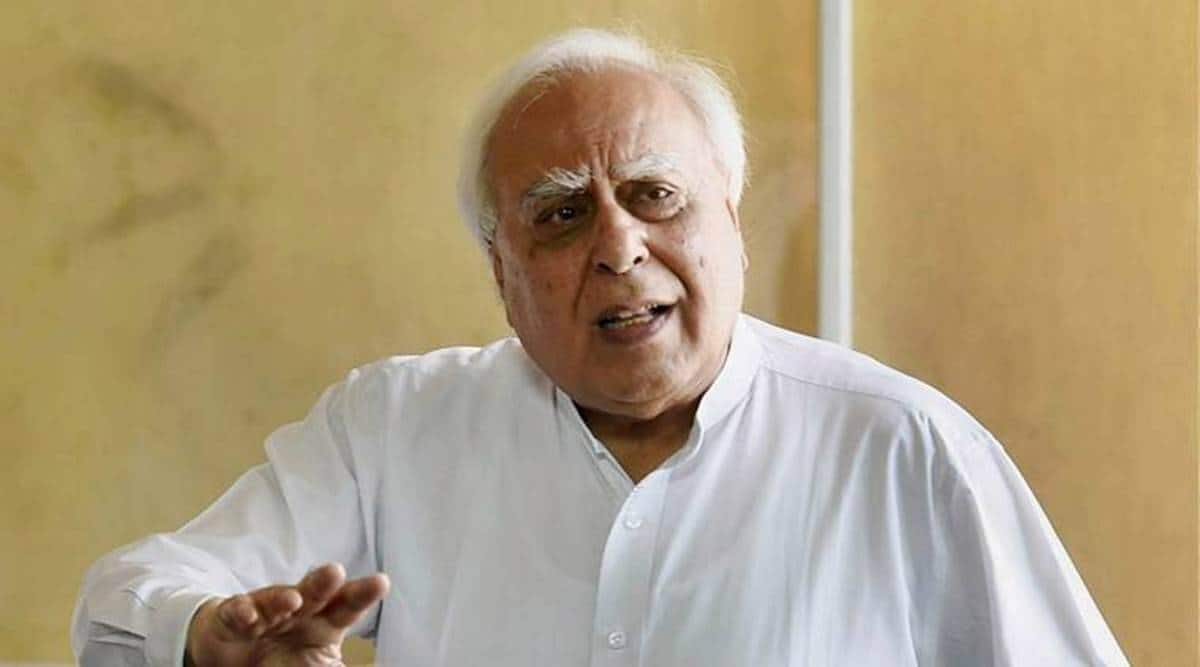 Senior Congress leader Kapil Sibal talks to The Indian Express on the government’s handling of the pandemic, the role of the Opposition and the judiciary’s response to Covid-related issues. Excerpts:

The country is reeling under the impact of the second wave of the pandemic. How has the judiciary responded in your view?

The problem that we face in this country today is that the battle in court between the citizen and the state is perceived to be and often is an unequal battle. In that context, the decisions of the Supreme Court in the recent past suggest insufficient scrutiny of the position the State takes before the court. I will give you an example. If the government tells the court that there are no migrants on the streets contrary to the images for all to see, should the court not question the government? Clearly such a statement was contrary to heartbreaking images in the public domain of which we had knowledge. When migrants were stranded in various parts of the country, we saw images of the public supplying food and shelter to hapless migrants. The government’s position before court that all was normal, everything was being handled effectively by the state and that the migrant’s needs were being looked after was clearly untenable. The reality was contrary to what the nation witnessed; contrary to the reality on the ground? Yet the court chose not to scrutinise the reality. When this happens and the court takes for granted what the State states then the battle becomes unequal. That seems to be the heart of the problem in the processes of judicial determination of issues. This unequal battle cannot even be compensated by the indigent and the hapless hiring lawyers. Public interest litigation is the consequence. (With) occasionally absent quality legal representation, the battle becomes even more unequal. With the second wave, which has caused unimaginable devastation, unnecessary loss of human lives because of lack of basic facilities in our health infrastructure, and for other reasons, the judiciary has become far more sensitive to the prevailing and continuing human tragedy and has rightly become proactive.

Many of the High Courts have been much more proactive.

Because the pandemic is touching almost every family. The Chief Justice of India said the other day that a large number of members of the judiciary had themselves been affected. Now that it is affecting all of us…the virus doesn’t discriminate between the rich and the poor, the mighty and the weak…Courts have rightly started questioning the claims of the government. We are all moved to shame to witness the tragedy unfolding before our eyes; the power of social media has opened our eyes to institutional mismanagement and the callousness of some. Floating of dead bodies, absence of adequate supply of vaccines, shortage of beds, of oxygen, and then, of course, people profiteering in the midst of this crisis are matters of deep anguish. In this process, people have become “atmanirbhar” because the state is nowhere to be seen. That was certainly not the dream of the Prime Minister when he wanted an “atmanirbhar Bharat”.

The Congress has a big pantheon of lawyers, you included….why didn’t the Congress think of knocking on the doors of the Supreme Court?

Political parties should not get into this blame game in courts. That gives this human tragedy a political colour. I don’t think courts should be turned into arenas for ventilating our political grievances. I think this should be done by lawyers, purely as lawyers, unrelated to the ideology they espouse.

The Congress also does not seem to be able to make a point at the electoral arena. What is the way out then?

You are sort of slowly persuading me to comment on elections which I am loath to do at this point in time…we are facing a national emergency and we must deal with that first before we deal with anything else.

And how do you see the role of the Opposition in this kind of a pandemic situation?

We shouldn’t talk about the Opposition’s role or the government’s role. The absence of the State will naturally result in the Opposition making suggestions to the government as to what should be done in the months ahead to protect our people. Such constructive steps should be welcomed. The real problem we are facing today is absence of adequate supply of vaccines; also absence of adequate production facilities. Why did we limit production of vaccines to two entities…both of them being private parties? Why was the public sector excluded from this? Why were international vaccine manufacturers like Pfizer, Moderna excluded? Why was the import of their vaccines not welcomed subject to approval? We need a massive national effort to ensure that we acquire the vaccines to vaccinate our adult population. Unless that is done, and that too quickly, we will be exposed to cataclysmic consequences exposing millions to this deathly second wave mutant virus…The fact is that we have not given enough support to our research community; not given enough funding to bio-tech researchers because we have a government that pays scant respect to the wonders of science. This government doesn’t encourage a scientific temper in our approach to issues. Prominent people within the ruling party, including ministers advise us to consume dark chocolate in these hours of uncertainty; appreciate the value of cow urine and cow dung…if we start believing in all this in the midst of a health crisis and the establishment supports such a mindset, we end up relying on tradition and belief than on science for effective outcomes. That is a mindset that needs to change.

What is your suggestion for the government now?

My suggestion for the government is to do what you can..which is to get our people vaccinated. Give all the money..the PM Cares fund, the Rs 35,000 crore you had set apart…spend it all. Negotiate with Pfizer and others. Even if you have to buy vaccines at higher prices, expensive…at whatever cost that is available after negotiation. Subsidise the people. The second issue is the virus has now reached the rural areas. There is no healthcare infrastructure at all to save them. The district administration should be asked to identify each family which has lost an earning member or a member of the family and provide support in terms of food, ration, medical aid. The government should forget all these projects which are controversial and start thinking of people rather than themselves. Frankly, if the government goes ahead with the Vista project…if they build it despite the pandemic, whichever alternative government comes to power must remove the plaque and say that this project was built despite the fact that money was needed to save people’s lives. That should be the plaque if this project is completed. It is an act of monumental insensitivity not to voluntarily stop this project…

Coronavirus | Delhi HC anguished over shortage of vaccines in India

Explained: Why Africa still has lesser cases of coronavirus