Prashant Bhushan contempt case: Bhushan maintained that his tweets were not intended in anyway to disrespect the Supreme Court or the Chief Justice of India. 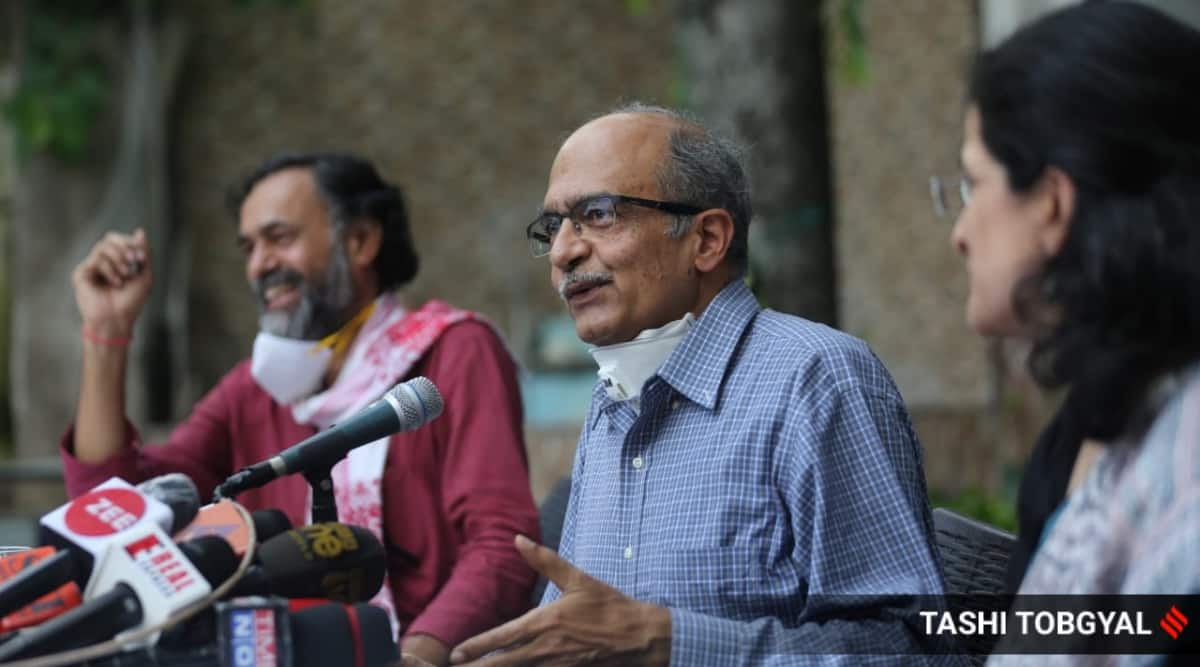 Hours after senior advocate Prashant Bhushan was let off with a token fine of Re 1 by the Supreme Court in a criminal contempt case on Monday, he said he would “respectfully” pay the fine. However, he maintained that his tweets were not intended in anyway to disrespect the Supreme Court or the Chief Justice of India.

“While I reserve the right to review the judgment, I will respectfully pay the fine,” he said while speaking at press conference. He said every Indian wants a strong judiciary and “if the court gets weakened, it weakens the republic”.

He added: “My tweets were not intended to disrespect SC but were meant to express my anguish at what I felt was deviation from its sterling record… This is a watershed moment for freedom of speech and seems to have encouraged many people to speak out against injustices.”

After Bhushan was found guilty of criminal contempt for two of his tweets, the apex court bench, comprising Justices Arun Mishra, B R Gavai and Krishna Murari, directed the lawyer to deposit the amount by September 15, failing which he will attract a jail term of three months and debarment from law practice for three years.

“The freedom of speech cannot be curtailed but rights of others need to be respected,” the court observed, PTI reported.

On August 14, the bench had held Bhushan guilty over the tweets made on June 27 and June 29.

During the arguments, Bhushan told the court that the “two tweets represented” his “bonafide beliefs” and that he did not want to apologise for the same. He also answered in the negative when asked if he wished to reconsider his statement.
The court, however, gave him time till August 24 “to submit unconditional apology, if he so desires”.

‘First’ Porsche heads to auction, and a record price is expected

Nirav Modi’s bungalow to be demolished on Friday