‘The Battle of Jamalpur was a turning point in the 1971 War because a small battalion of 700 men broke the back of the Pakistanis.’

One of India’s foremost generals, Lieutenant General Kuldip Singh Brar, PVSM, AVSM, Vir Chakra (retired) is among the last legions of military officers who joined the Indian Army in the first decade of Independence and has seen the march of the Indian Army over four-and-a-half decades thereafter.

The son of a major general who served in World War II, he joined the Indian Army as a young lieutenant in 1954 in the First Maratha Regiment. Known as the Jungi Paltan (warrior battalion), the regiment’s battle cry is ‘Bolo Chhatrapati Maharaj ki Jai.

An alumnus of Doon School and widely known by his nickname ‘Bulbul’ even within the Indian Army, General Brar’s first posting was in remote Yatung (now Yandong), Tibet.

His battalion had to swim across the Tsang Po river to carry out rescue operations after flash floods killed hundreds of Tibetans.

Among the last troops to withdraw from Tibet after the Panchsheel Agreement was signed between India and China, the officer would cross the mighty Brahmaputra yet again as he led his troops into battle during the 1971 War with Pakistan.

He was decorated with a Vir Chakra for his leadership and courage in the Battle of Jamalpur where his battalion of 700 soldiers turned the tide of history in the 1971 war.

Thirteen years later, he was involved in Operation Blue Star, one of the most sensitive operations in the history of the Indian armed forces to flush out Sikh separatists who had taken over the Golden Temple in Amritsar.

The general survived an assassination attempt in London in 2012 and continues to live under a shadow of threat from Khalistani separatists.

An eloquent speaker who stand firm and tall at 88, he graciously shared his memories as a soldier with Rediff.com‘s Archana Masih in a must-read multi-part interview.

Let’s start at the very beginning sir, what were your early days in the Indian Army like? What were some of your initial memories as a young officer in the first few years after Independence?

It was a very extraordinary experience for me as a young second lieutenant to have my first posting in Tibet.

I was commissioned into the Indian Army in 1954 and my very first posting itself was memorable.

In those days, there was no state called Sikkim; it was governed by an Indian political officer who was present in Yatung and Lhasa.

The primary task of our battalion in Tibet was to protect the trade route between Lhasa and India from dacoits.

The route passed from Lhasa to Yatung to Gangtok and into Bengal.

These caravans of mules, carrying silk, dry fruit and other precious items used to come down the mountains — and we were there to provide them protection.

Even mail came through these caravans.

We were the last troops to leave Tibet after the Panchsheel agreement was signed between India and China in 1954 where it was decided that Tibet belonged to China.

The orders were given that all Indian Army forces in Tibet must withdraw and at that time we withdrew. What was that region of Tibet like? Was it very remote? Did it have roads? What were the challenges and difficulties?

It was a very remote, remote, area. We had a detachment and a company in Yatung and Gyantse.

There were no roads, only a mule track. The distance between Yatung and Gyantse had to be done in stages on foot. We used to cover 12 to 25 miles a day. It took us eight stages from Yatung to Gyantse between the platoon and the company headquarters.

Now while we were there, it so happened that there were flash floods in Tibet. The Tsang Po river originates in Tibet and eventually becomes the Brahmaputra in India. The Tsang Po came down with rocks, boulders and trees which caused havoc in Tibet.

Hundreds and hundreds of people were killed. They were drowned and decimated in the floods. We had to go off on a rescue mission to save those who had got trapped in Gyantse, as a result of the flooding.

Again, it took us eight stages to reach there and when we got there, we found there was no bridge to cross the river. We had to swim across the river and carry out rescue operations.

We rescued an officer called Captain McFarlane, and about 15 or 16 other ranks. They were freezing. They had no blankets and no first aid. They had been trapped in this condition for many days. We brought them back to Gangtok for hospital treatment.

This was a tremendous experience of my first stint in the Indian Army. We were the last Indian troops to have left and 16 years later, we had to again cross the Brahmaputra in the 1971 War.

My battalion crossed the Brahmaputra river in boats. There was no bridge, so we took our ammunition and guns in bullock carts, which floated alongside our boats.

This was the second time I was crossing the Brahmaputra — once as a second lieutenant, and once as a lieutenant colonel.

These memories remain with me. I cannot forget them ever. 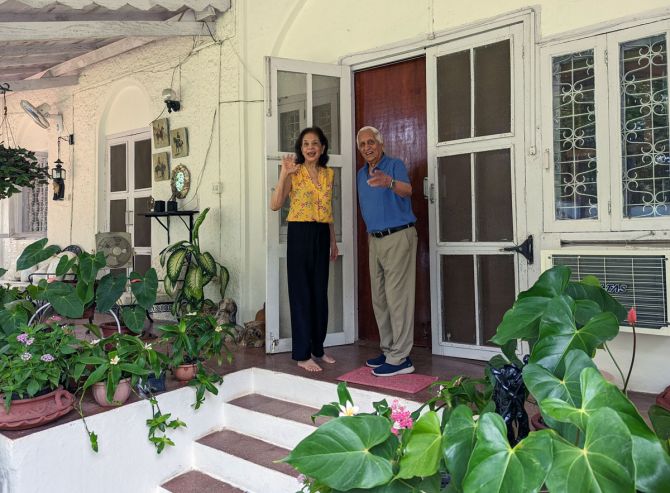 You commanded your battalion in the 1971 War with Pakistan and was awarded the Vir Chakra for the Battle of Jamalpur. When you look back, what are your memories of that battle?

We were getting ready to attack Jamalpur [in East Pakistan]. The full battalion of 31st Baluch was at Jamalpur.

We were carrying our own ammunition and weapons. We had no vehicles, no transport and since there was no road — we crossed the Brahmaputra on bullock carts.

We were very lean as far as ammunition etc was concerned. We had dug ourselves behind 31 Baluch and were planning to attack in the night, December 10, 1971.

All plans were made.

It so happened that either they got wind that we were sitting behind them and they were trapped, or they received an order from General A A K Niazi [commander, Pakistani Eastern Command] to fall back to Dhaka because the Indian Army was advancing on all fronts.

Pakistan was very thin on the ground in Dhaka and needed more troops. We were not aware of what they were planning. Suddenly, at night, we saw headlights and heard vehicles coming down the road.

They were trying to break through us in a convoy of vehicles and head towards Dhaka.

I had a platoon ahead of the battalion with recoilless anti-tank guns. They were ordered to shoot and destroy the Pakistani vehicles and not allow them to move.

The whole sky was illuminated with gunfire. I could hear sounds as they dismounted from the vehicles and started running towards us, screaming ‘Allahu Akbar, Allahu Akbar‘. 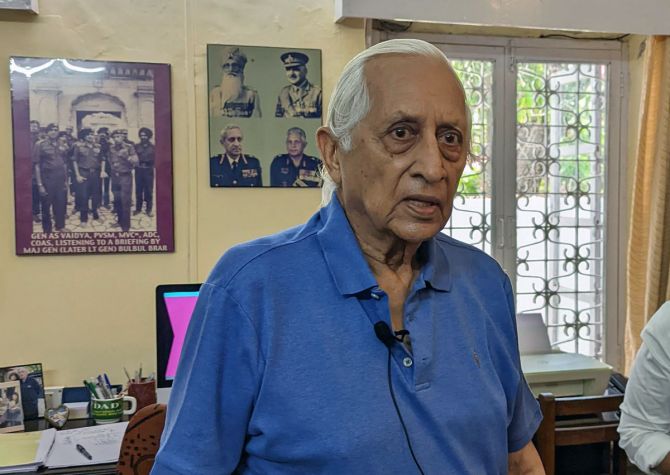 It was no moon that night, but the sky was lit up and I could see hundreds of Pakistanis advancing towards us.

We held our ground. We made sure they didn’t get past us as we opened heavy fire against them. We even brought in artillery fire. They suffered a large number of casualties. Soon enough, the wounded lying on the ground were saying ‘bachao, pani‘.

They wanted mercy. I sent an officer into the Jamalpur garrison where the remaining Pakistani troops were stationed. They came out with a white flag, and surrendered.

The whole battalion was decimated. They were not able to reinforce Dhaka as the Indian Army was advancing from different directions.

The Battle of Jamalpur was a turning point in the history of the 1971 War because a small battalion of 700 men broke the back of the Pakistanis, but the battalion did not get the credit it deserved.

Explained: In Apple Watch data, the impact of lockdown on noise exposure

Amidst the rumours of Dostana 2, Alia Bhatt steps out to meet Karan Johar and we left asking – Why so worried?