No doubt should prevail in anyone’s mind about the precedence the prime minister occupies in our constitutional scheme vis-à-vis a chief minister. 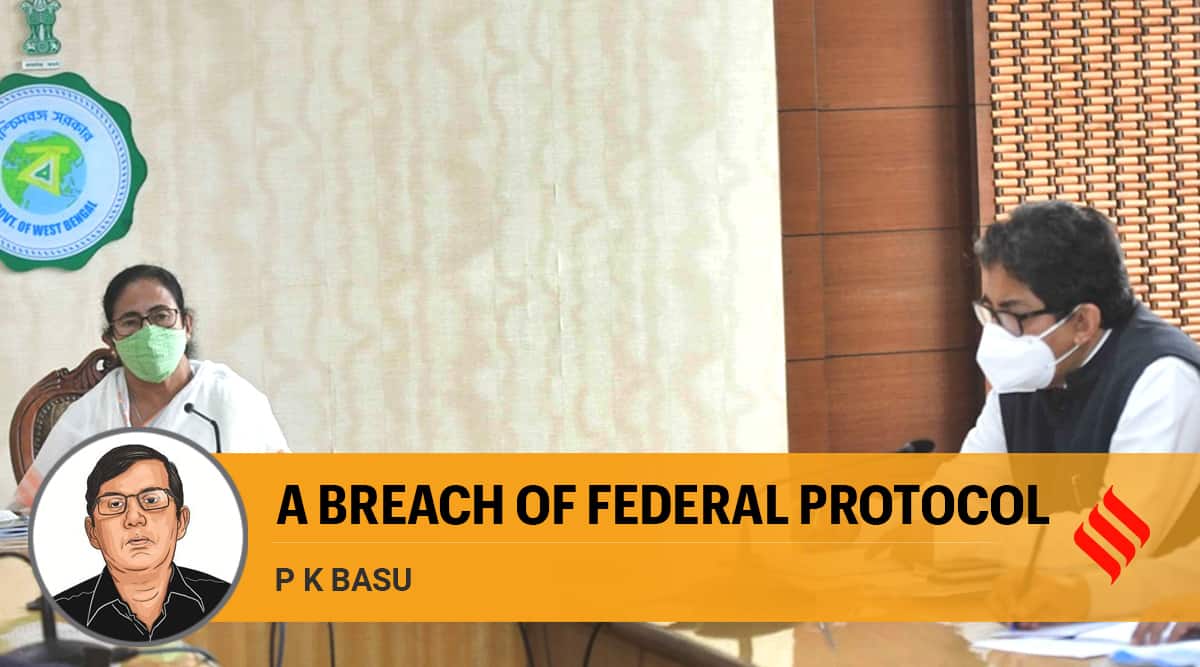 I am appalled at the gross insubordination exhibited by the outgoing chief secretary of West Bengal and the subsequent outpouring of sympathy for this recalcitrant officer by some in the IAS fraternity.

Just as there is a basic structure of the Constitution that is inviolable, there is a basic ethos of federalism which is the cornerstone of our constitutional scheme. It is painful to note that the actions of the chief minister and the actions of the outgoing chief secretary of West Bengal, Alapan Bandyopadhyay, on May 28, have dealt a body blow to this basic ethos, both in letter and spirit.

It is inconceivable that a chief minister has not only wilfully defied the schema of the Constitution, but has also exacerbated a situation which precluded the prime minister from performing his constitutional and legal responsibilities, not only as the prime minister, but also as the chairperson of the National Disaster Management Authority.

What was witnessed in West Bengal was a collapse of governmental responsibility of the state government, orchestrated gamesmanship and break down of cooperative federalism. As regards the matter of recalling Bandyopadhyay to central deputation, all actions against him were taken in accordance with Rule 6 (1) of Indian Administrative Service (Cadre) Rules 1954. There should be no confusion on the powers that these rules enable the central government with, which is also the cadre controlling authority of All India Services.

That three-month extension was granted only after the state government of West Bengal so desired. Have the circumstances that so necessitated an out-of-turn extension ceased to exist that Bandyopadhyay has chosen to superannuate? One is constrained to ask whether his responsibilities to the state have now taken a back seat and personal benefits have taken precedence?

Some IAS officers sympathetic to Bandyopadhyay may feel that he was in a Catch-22 situation and hence cannot be blamed. They are wrong. The IAS and IPS have lost much of their reputation because the public views them as sycophants of chief ministers and ministers.

We all know that the prime minister’s programme in the state is of the highest priority. The chief secretary, down to the concerned district magistrate and the superintendent of police, are personally responsible that all goes smoothly. When the chief minister left the meeting, why did Bandopadhyay go with her? Was it not his duty to stay back and make the scheduled presentation to the prime minister on the cyclone situation so that he could get a true picture and decide what level of central assistance is required? The officer breached protocol by leaving the meeting and this was a direct insult to persons holding high constitutional office.

Our democracy, the world’s largest, is encapsulated in a federal structure that ensures the harmonious functioning of the entire system. Cooperative federalism, which Prime Minister Narendra Modi’s government has been practising for seven years, remains the touchstone for working together. Any wanton deviation by a state or its chief minister militates the sanctity of such coordinated working. By making an invasive incursion in the review arrangements planned by the prime minister, the chief minister of West Bengal tried to arrogate authority onto herself which does not exist.

It is clear that West Bengal, historically known for its culture, respect for elders and hospitality of its guests, saw an inconceivable incident, where its chief minister created an unfortunate record of leaving the prime minister by excusing herself of other responsibilities elsewhere.

The chief minister’s actions have not only undermined the established authority of the prime minister, but have also dealt an irreparable blow to the federal structure of our democracy. It is the government’s duty to ensure a good bureaucracy, not bureaucrats who play politics. The action against Bandopadhyay under the Disaster Management Act is just the law taking its course. If someone violates a law, he has to face punishment.

Moral of the story: IAS and IPS officers, stop hobnobbing with politicians.

This article first appeared in the print edition on June 4, 2021 under the title ‘A breach of federal protocol’. The writer is former secretary, Ministry of Agriculture, and former member, Central Administrative Tribunal.

Tamil Nadu Assembly election | When age does not deter

Former Pope says opponents are attempting to ‘silence’ him

From Pork to Pampers: Where Inflation Is Showing Signs of Life

Modi and the problem of 2 minute presentations