Decision-making on vaccines should be imbued by a spirit of cooperative federalism rather than partisanship and guided by scientists rather than thrust upon judges through political abdication. 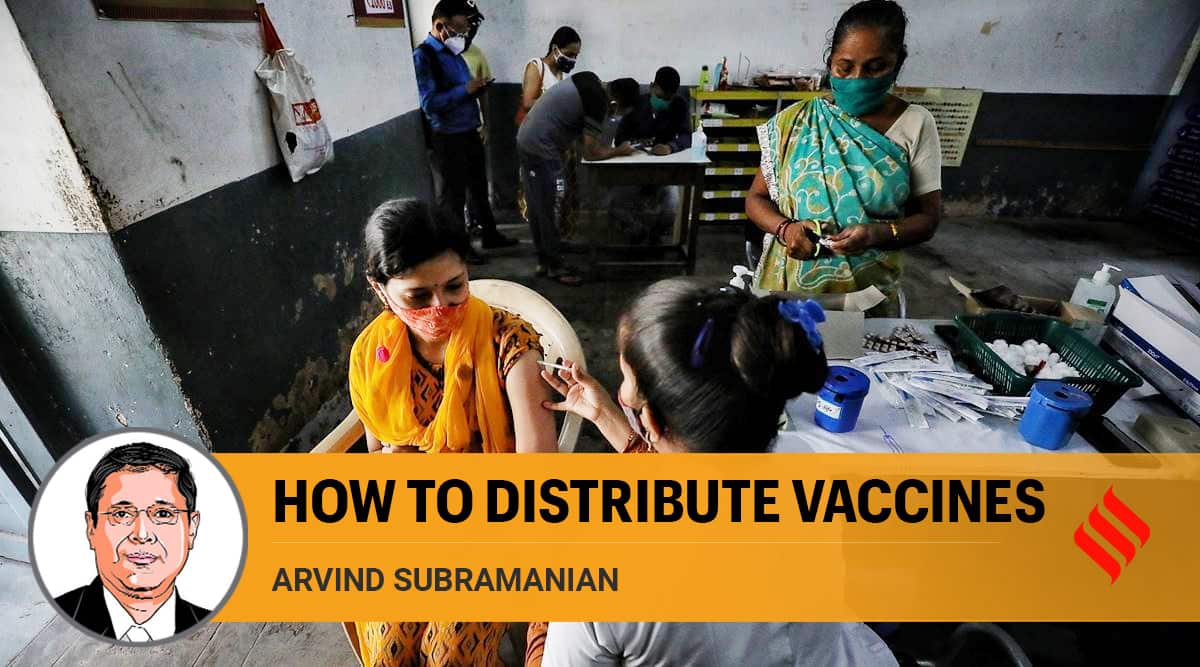 As the second wave of the pandemic recedes, the devastating death toll — and its massive official under-stating — has occupied a lot of attention. Vaccines have, rightly, become the focus of policy. Effective vaccine policy over the next few months will, of course, require massive efforts to augment vaccine supply. But better allocation of existing supplies, helped by science, data and cooperation, can also play an important role. Consider why and how.

On any realistic assumption about the supply of vaccines, India will face significant shortages over the next 6-12 months. That is unfortunately a sad and brutal reality. Still, allocating the limited vaccine supply in a rational, targeted way could help India save tens of thousands of lives and help prevent a deadly third wave.

Currently, vaccine supply and allocation are chaos-ridden with multiple decision-makers, uncertainty about rules, contradictory messaging, etc, all of which only aggravate the underlying problem of vaccine scarcity. Centralisation or rather re-centralisation of the policy effort is a must as Naveen Patnaik, Chief Minister of Odisha, has recently proposed. And, as I have argued, vaccines should be free for all, regardless of where it is provided or received, and the costs must be borne by the Centre.

But these measures may not be sufficient in the short run.

Advanced countries that have had relatively successfully vaccine programmes — Israel, the US and UK — have in the initial stages at least adopted a strategy that first prioritised essential workers and then used age as the criterion for sequencing vaccine jabs.

But India today is different in two very significant ways. First, the shortfall in vaccine availability is much more acute. This heightens the challenge. Second, India’s infection rates, especially after the second wave, are in all likelihood significantly greater too. Consider this rough calculation. At end-December 2020, India’s official case tally was about 10.3 million, while the third national sero-prevalence survey conducted across around then suggested that the “true” infection rate was 21.5 per cent — that is over 1 in 5 people in India had been exposed to the virus by end-2020. Assuming that the ratio of official-to-“true” Covid cases still holds broadly, and conservatively allowing for a re-infection rate of 20 per cent, the official case count of 28.3 million (on June 1) translates to a plausible infection rate of over 50 per cent or above 700 million people. Ironically, this high infection rate could make the vaccine shortage less real if India does a good job of allocating and prioritising existing vaccines based on some combination of geography and demography.

The latest research suggests that prior infection confers a fair amount of immunity. Of course, this immunity increases strongly with at least one dose of the vaccine. But even without the vaccine, prior infection offers protection for some time. That affords the government a window to focus on the uninfected and vulnerable as the immediate priority — especially with the goal of preventing a third wave.

But putting this strategy into practice will not be easy. It requires detailed and immediate spatial data on infection rates, demography and vaccination status, and it will probably require extensive testing. Consider just one possibility (by no means the best). Suppose the central government along with state governments could quickly do another round of country-wide surveys of sero-prevalence. It would then be possible to distinguish, even if imperfectly, areas that are currently less affected from those with higher infection rates. A larger share of the limited vaccines could then be devoted to these geographies.

Beyond these two ideas, other options to stretch the available supply of vaccines could be to explore partial dosing or vaccine mixing.

A technical team of scientists, epidemiologists, statisticians, health professionals and others must come together to design a plan, continually updated, to decide on the most effective allocation of existing vaccines. This team must have the blessing of, and report to, a group, comprising the prime minister and all the chief ministers. Decision-making on vaccines should be imbued with a spirit of cooperative federalism rather than partisanship and be guided by scientists rather than thrust upon judges through political abdication.

Any allocation of a scarce commodity — and especially one that will save only some lives — will be ethically and politically fraught. Trust, transparency and technical reason must guide this process. Of course, the government must spare no effort to increase the supply of vaccines and as the supply of vaccines becomes ample, the need for allocation and prioritisation will decline. But until such time it is morally imperative to use data and science to minimise the magnitude and costs of vaccine shortages. This can be done. In the short run, achieving better vaccine allocation and targeting could be as important as increasing vaccine supplies. India must focus on both.

This column first appeared in the print edition on June 7, 2021, under the title “How to distribute vaccines”. The writer was chief economic adviser to the government of India

Explained: One year on, many unknowns in the role of weather in Covid-19 spread

Meet the Bicycle Mayor of Kozhikode

After Pfizer, Pune’s Serum Institute seeks nod for emergency use of its Oxford vaccine

Kerala pulls off a thrilling win