In his films, the actor was more the common man with middle-class aspirations than the guy who felled 20 baddies with one blow. 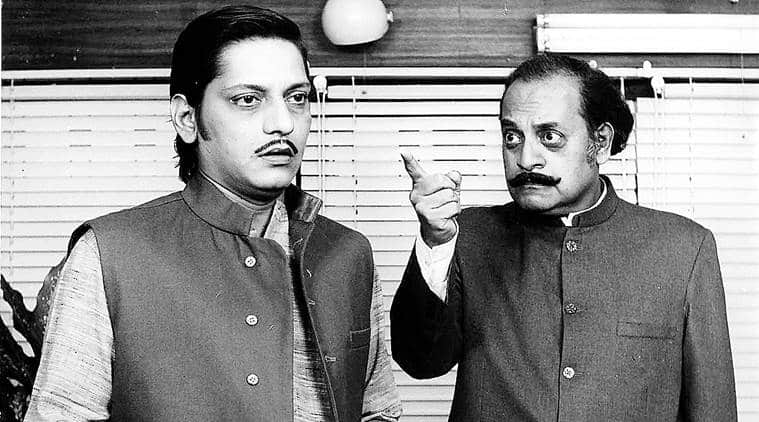 Build: slight, unremarkable. Face like a million others in the crowd, the only thing sharp about it is a thin moustache. Big-collared “bush-shirts”. “Terrycot” trousers, slightly flared. Manner: mostly mild. The kind of easy-going guy who will not rock the boat, duck from confrontation. Personality: inoffensive, strictly average. Name: Amol Palekar.

In 1974, Basu Chatterjee’s Rajnigandha created this near-indelible persona for Palekar. It was his first Hindi film (he’d acted in a couple of Marathi films before), and it became such a hit that he ended up playing several iterations of it in future projects, not just with Chatterjee, but also with Hrishikesh Mukherjee. The collaboration with the latter resulted in the rollicking Gol Maal (1979), which has routinely topped Best Hindi Cinema Comedy lists since.

The earnest, good-at-heart lover, and the guy who you could poke fun at, but who had the last laugh: these two became Palekar’s go-to roles, in such successful films as Chhoti Si Baat (1976), Baton Baton Mein (1979), Chitchor (1976). And he made the most of the golden streak of good roles and good luck, with skilled directors who brought the middle class into the movies, both as characters on screen as well as the viewers.

Here’s how Palekar’s Sanjay makes an appearance in Rajnigandha. Deepa, played by another debutante (the late Vidya Sinha) is waiting outside a movie hall, getting increasingly impatient at the late-lateef-ness of her boyfriend. Sanjay shows up late, in broken chappals, tosses off an airy non-apology, pats his pockets, discovers he has forgotten the tickets, persuades the irritated girl to go for a coffee, hoofs off to another table to chat with his pals, leaving her cooling her heels. In short order, she meets a former lover, has serious second thoughts, but comes back. And we cheer.

Something about Sanjay’s decent, artless suitor, no other descriptor for it, touched the hearts of not only Deepa, but millions of movie-goers. Here was one of us, trying for the affections of a girl, who was also one of us. Sanjay and Deepa were a couple whom we could identify with, and feel for.

What came next was bound to happen: Palekar became the poster boy of a newly-minted genre, and middle-of-the-road cinema was well and truly on its way.

In retrospect, you wonder what would have happened if Palekar hadn’t surfaced at just that time when mainstream Hindi cinema was going through a great churn. It was busy jettisoning the past in which heroes were mostly aagyakari good boys, and the heroines were virginal touch-me-nots; it was in the process of dumping the pink-cheeked Rajesh Khanna, and embracing the tall, dark rising star, Amitabh Bachchan. In ’74, when Palekar’s Rajnigandha was spreading its gentle fragrance, Bachchan was out with Benaam, Roti Kapada aur Makaan, Majboor. He well and truly exploded the following year, with Deewaar and Sholay; in 1975, he also did Chupke Chupke and Mili, both with Hrishikesh Mukherjee, claiming the space for bumbling-wounded lover as well as the angry-angsty hero. By 1976, when Palekar’s Chhoti Si Baat came out, Bachchan had gained mega-star status, and played himself in a cameo in the film.

Bachchan became the star who could pull off drama, comedy, tragedy, action and everything in between. In an alternative universe, it’s tempting to wonder what Palekar would have done with Chupke Chupke and Mili: did Mukherjee think of casting Palekar at all? By the time Shyam Benegal broke the mould and crafted him a role in the 1977 Bhumika, which was antithetical to everything he had played till then, Bachchan was an unstoppable, towering inferno.

It’s worth noting that Palekar was flat-out terrific in Bhumika. There’s a scene in which he holds out a sweet to a little girl, and he makes it so creepy by doing so little — just a gesture, and a glance — that I’ve never forgotten it. I have often thought back to the film and wondered if there had been more of those kinds of roles — off-kilter, not very nice, overlaid with negative tones — Palekar’s trajectory as an actor would have been different. But would the audience have been as accepting of him, as they were of his comedic turns, or the nice guy numbers?

In a conversation in 2012, Palekar had clarified ( in response to a question whether the Hindi film industry had been fair to him), that he did believe he had got his due from an industry which gave it to him either “reluctantly or happily”, or why else would his films be remembered so fondly after so many years of having stopped acting.

In the same chat, he had said that he had become “an actor by accident, a producer by compulsion, and a director by choice”. And that the nice, middle-class guy with middle-class aspirations he came to exemplify was a role crafted by other directors: his vision was different.

You can see what he means when you look at the films Palekar directed. His Paheli (2005), starring Shah Rukh Khan and Rani Mukerji, a remake of Mani Kaul’s Duvidha (1973), was a bumpy, if colourful ride: the music, on the other hand, was marvellous. I really liked his Kairee (1999), which speaks of the rights of the girl child without being preachy or pedantic: both Shilpa Navalkar and Yogita Deshmukh were very good in the film. Daayraa (1996), starring Nirmal Pandey and Sonali Kulkarni, is an underrated, criminally forgotten gem, which questions notions of sexuality and pushes the boundaries of the permissible in Hindi movies. When was the last time you witnessed a “love story” between a fluidly-gendered person and a woman cast out of her house? 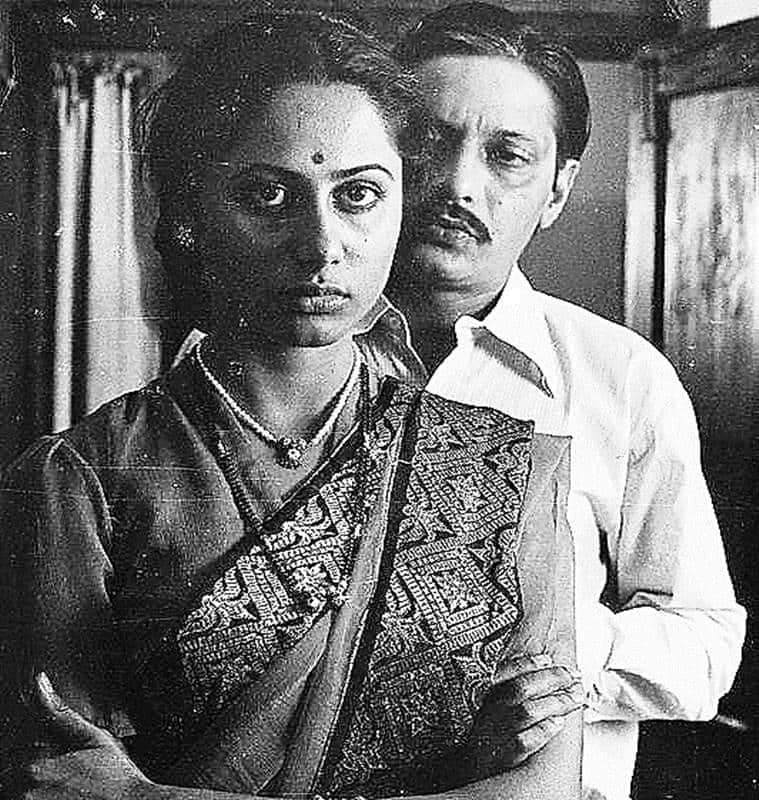 But my absolute favourite of his directorials is the 1990 Thodasa Roomani Ho Jaayen, Hindi cinema’s only true musical. Toplined by the marvellous Anita Kanwar and Nana Patekar, it showed Palekar’s mastery of music, and his bent towards the unusual and offbeat. About a girl who is not considered conventionally good-looking and a man who can magic rain, and a burst of romance, out of thin air, Thodasa… never really got as much love as it deserved.

Palekar’s roots as a practitioner of the fine arts (he is an alumnus of the JJ School of Arts, Mumbai) and theatre have been as strong, if not stronger, than his involvement in the movies. And that rich artistic life, lived away from the screen, has deeply impacted his choice of the subjects he has chosen to explore, as well as his trenchant views of the establishment, especially when it comes to censorship and freedom of expression.

The middle-of-the-road “hero” was more the common man who dealt with drudgery at work, difficult bosses, public transport travails, and annoying rivals for the fair maiden’s hand than the guy who felled 20 baddies with one blow. He’s the fellow who sits with us and tips us a wink, as we go to the next day, and the next, living our lives. Or something like it. Amol Palekar may have been the “other A”, but he is, indubitably, an A.

For all the latest Eye News, download Indian Express App

Lockdown times have been good for Byju’s!

Cops Use Billy Clubs Against Pro-Trump and Anti-Fascist Demonstrators