In February 2006, Ramanna led the NMDC magazine attack in Kirandul, Dantewada, in which eight CISF personnel were killed and 19 tonnes of explosives were looted. When Ramanna took over the reins of the DKSZC from CC member Kosa alias Kadari Satyanarayan in 2011, the “people’s liberation guerrilla army” (PLGA) was already a strong force. This wasn’t due to the capabilities of Kosa or Ramanna per se — rather, the ground was prepared by the Salwa Judum movement that had risen against the Maoists in the Kutru area of Bijapur in June 2005. The Maoists succeeded in brainwashing a section of local people who were opposed to the Salwa Judum, into joining them.

From 2005-10, Maoist recruitments peaked, and they strengthened themselves militarily, politically and organisationally. New Maoist divisions emerged, and military formations were created to step up attacks on security forces and special police officers (SPOs). Realising the challenge from the Salwa Judum, the CPI (Maoist) at its 9th (Unity) Congress in 2007 decided to crush it ruthlessly.

Unleashing terror through indiscriminate killings was Ramanna’s signature style. He was extraordinarily brutal — wrists and ankles were cut to strip fallen security personnel of watches and shoes. He had an improvised explosive device (IED) embedded in a jawan’s body, intending it to go off during the autopsy. Thirty-five civilians were killed and more than 200 hutments were burnt in his attack on the Errabore relief camp in Sukma in July 2006 — not even children or cattle were spared. Petrol bombs were used in the March 2007 attack in Ranibodli, Bijapur, which left 55 policemen dead and many bodies charred beyond recognition. Ramanna never hesitated to kill sick, off-duty, or defenceless jawans.

In February 2006, Ramanna led the NMDC magazine attack in Kirandul, Dantewada, in which eight CISF personnel were killed and 19 tonnes of explosives were looted. The April 2010 attack engineered by Ramanna, which killed 76 CRPF troopers and one local policeman near Tadmetla in Sukma shook the nation. During the attack on the Congress’s “Parivartan Yatra” in Jheeram Ghati in May 2013, senior leader Mahendra Karma was stabbed over 70 times after he had surrendered himself before the Maoists.

Ramanna did not confine his violence to the security forces; during the 2013 elections, an ambulance and a civilian bus were blown up to spread terror.

He used IEDs extensively — in such attacks, victims’ bodies are often torn apart so violently that it becomes difficult to ascertain identities. After an electricity department vehicle was blown up in Narayanpur in June 2007, the body parts of the private mechanics had to be collected in bags to be sent to their families for last rites. Faced with a shortage of ammunition, Ramanna, in the DKSZC’s 15th meeting in August 2019, asked cadres to use “S-B-R”, i.e., sniper attacks, booby traps, and remote IEDs.

Although he himself had a child from his wife Savitri, Ramanna forced junior cadres to have vasectomies and abortions. He claimed to fight for the landless and tribals, but there is no evidence he ever did anything for them.

Development efforts in Bastar received serious setbacks. While destruction of roads and culverts are routine, all of Bastar was plunged into darkness after three high tension wire towers were blown up near Jhara Ghati in Narayanpur in May 2007. Essential services were disrupted for about 11 days, and hospitals all but shut down. After a similar blast in Barsur the following year, the Maoists faced the public’s wrath.

Ramanna’s operations dealt blows to Bastar’s rich tribal culture. Maoists had stopped the custom of the ghotul as early as in the 1980s; weekly haats too, were later disrupted and businessmen who defied the Maoists were killed.

Under Ramanna, the Maoists extorted a fixed levy per bag of tendupatta from contractors, and forced tribals to give them at least a day’s income. Road and building contractors, industrialists, transporters, were victims of extortion. The Maoists’ annual expenditure in Dandakaranya is estimated to be about Rs 12 crore; the extortion revenue from tendupatta alone is at least Rs 50 crore.

Ramanna enforced election boycotts, and Independence Day and Republic Day were observed as “black days”. The 2013 attack on Congress leaders and the murder of a BJP MLA and his securitymen in Dantewada in April 2019 demonstrated their outlook towards democratic institutions.

The present and future

As the security forces expanded their operations, the Maoists started to move into newer areas. “In order to reduce repression by the security forces in DK and preserve the guerrilla base, we must plan expansion of the party beyond DK,” exhorted Ramanna in one of the SZC meetings. In 2014, the Maoists’ Central Regional Bureau decided to establish a separate Maharashtra-Madhya Pradesh-Chhattisgarh (MMC) zone, and Ramanna sent more than 50 armed cadres there to undertake expansion activities.

The top Maoist leadership has always remained with cadres from Andhra Pradesh. Only three DKSZC members are from Dandakaranya currently; all have a limited profile. Madkam Hidma, who belongs to Sukma and has significant hold over the local population, is not considered to have the organisational and political ability to take the party forward. Ganesh Uikey alias Paka Hanumantlu, the secretary of the South Sub-Zonal Bureau (earlier called south regional committee), who had been superseded by Ramanna in 2011, might be appointed to the vacant position. The secretary of the North Sub-Zonal Bureau, Raju, who is also known by his aliases Vijaya Juru and K Ram Chandra Reddy, is also in the running. If both these men are overlooked, someone from the CC — like Devji — could be the next DKSZC secretary.

Except for the MMC zone, Maoist activities are in decline everywhere. Fresh recruitment in DK has almost dried up, surrenders have increased, and military formations are smaller. Ganapathy’s retirement as CPI (Maoist) general secretary, and now Ramanna’s death are significant blows — and provide an opportunity for the security forces to advance vigorously. The two-pronged strategy of development and direct action has worked well, and the ‘surrender and rehabilitation’ policy has been successful.

(The author is a senior IPS officer in Chhattisgarh. Views are his own.)

For all the latest Explained News, download Indian Express App

What these RuPaul’s Drag Race contestants look like today

Ranveer Singh debuts his bulked-up new look as he returns under the arc lights, see pics 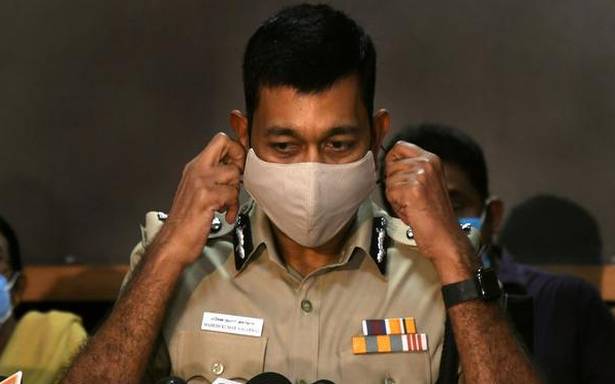 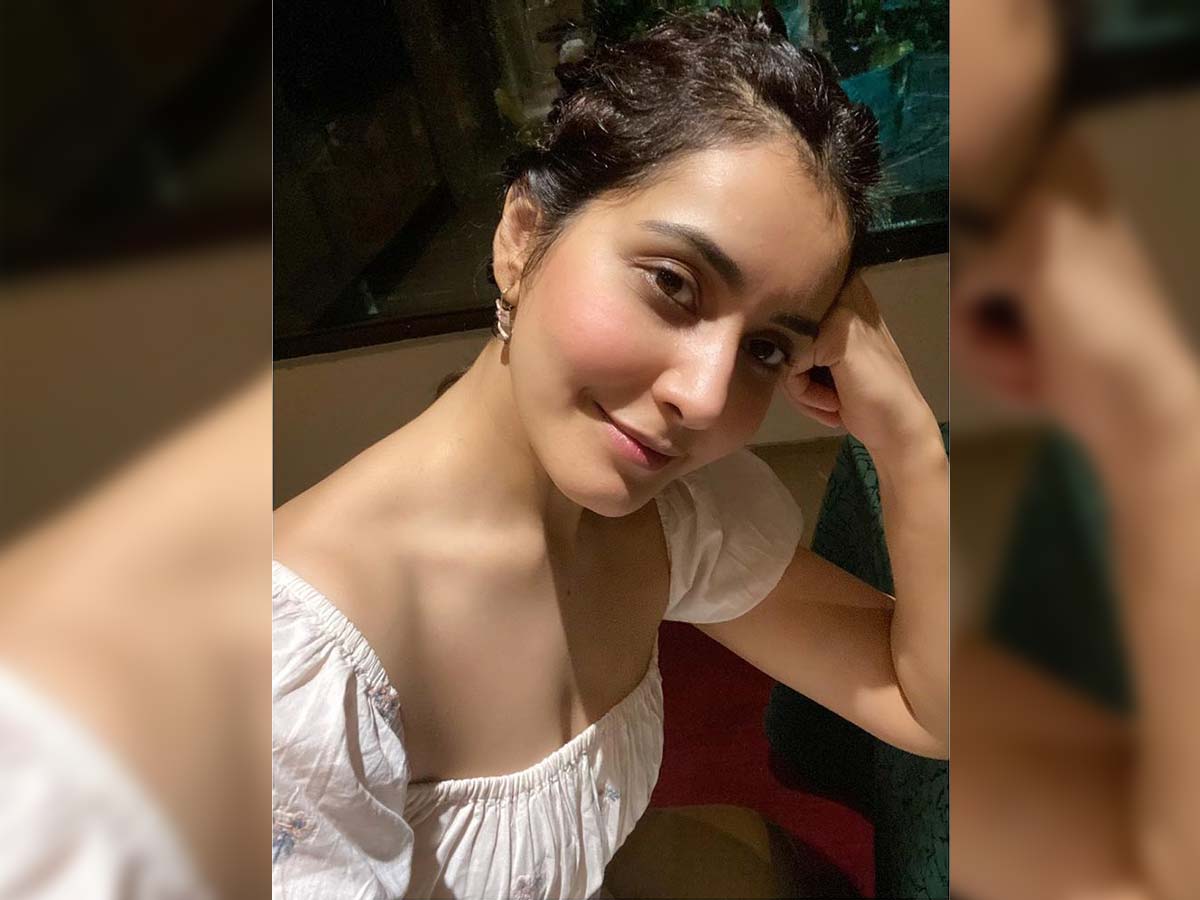