And how is it faring compared to the rest of the world? 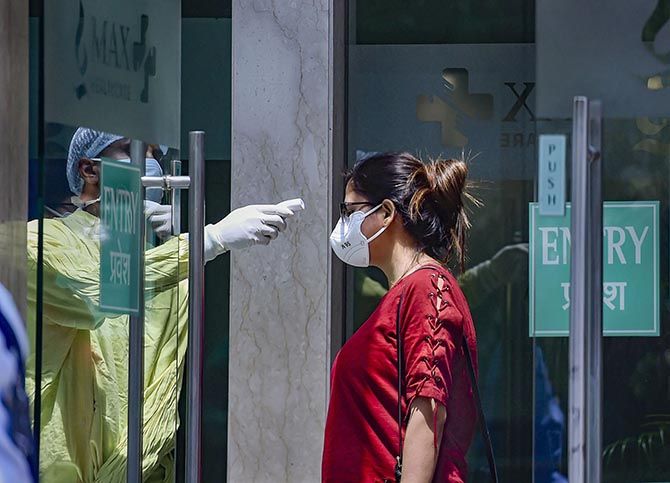 How well are we doing in our fight against coronavirus?

What can we learn from other countries’ experience?

Has the lockdown been effective?

In this comparative analysis of COVID-19 data from multiple nations, the REDIFF LABS team attempts to answer such questions.

The above chart, which is being regularly updated, shows the number of cases in various countries since the day the 100th case was reported in that particular country (data as per ourworldindata.org).

Since different countries started to get affected by the virus at different points in time, this gives us a common scale to compare the effectiveness of each country in containing the spread of coronavirus.

The initial few cases in any country could have been imported, repatriated, under-reported or under-tested. Hence, we start the scale at 100.

We consider all these dates as Day 0 on the graph for the respective countries.

A cursory glance at the graph suggests that in the first two months, while India fared worse than its Asian counterparts — Singapore, Japan and South Korea — it fared much better compared to the US and the United Kingdom.

The steep initial curves for both the countries indicate how their initial (non)response to the outbreak resulted in the US being in the unenviable position of having the highest number of COVID-19 cases in the world (almost a million) and even the UK reporting more than 150,000 cases within two months.

New Zealand started denying entry to foreigners who had been to China as early as February 3. A total lockdown was imposed in New Zealand on March 25, two days after the 100th case was reported in the country.

This seems to have helped New Zealand flatten the curve very early, at around 1,000 cases.

The outbreak started in South Korea much earlier than the other countries being compared here (100th case on February 21).

It is plausible to infer that while the other countries had some headstart in responding to the virus, South Korea had none.

Yet, with extensive use of technology to trace contacts, massive production of test-kits and innovative drive-in testing centers, it flattened the curve.

The South Korean response has been studied and attempts have been made to replicate it by many other countries.

It would be noteworthy to mention that South Korea had learnings from a previous outbreak of MERS, or Middle East respiratory syndrome, in 2015.

Both Singapore and Japan followed a similar trajectory from their 100th cases, on March 1 and February 22 respectively.

Although they do not seem to have flattened the curve like South Korea, the speed of the outbreak was substantially curtailed by their meticulous contact-tracing and testing.

For the first seven days, India’s trajectory was close to that of the US and the UK, but the implementation of the lockdown from Day 8 seems to have helped us control the spread significantly despite our larger population.

We need to exercise caution, otherwise we would end up undoing a lot of good work done so far. 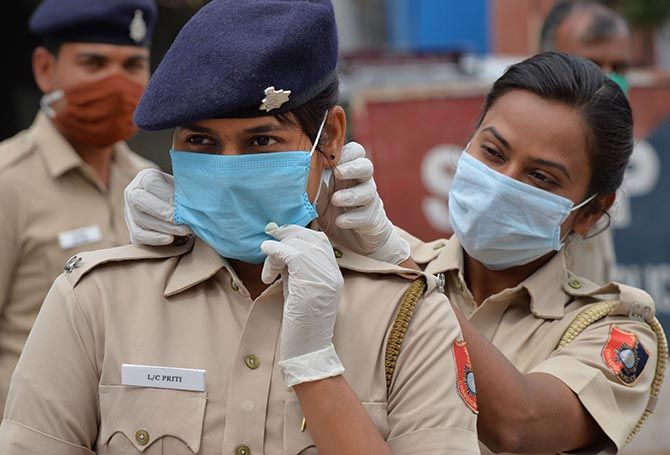 1.97 lakh passengers travelling in 1,818 flights screened for nCoV so far

Amid lockdown, Shimla gets respite from monkey menace

Poonam Pandey’s husband, Sam Bombay, secures bail after being arrested on assault charges by his wife