The move points to a growing need to cater to a younger customer base, one that wants designer clothes not just for big occasions but also wishes to make them a part of their day-to-day lives by interpreting individual pieces in individualistic manners. 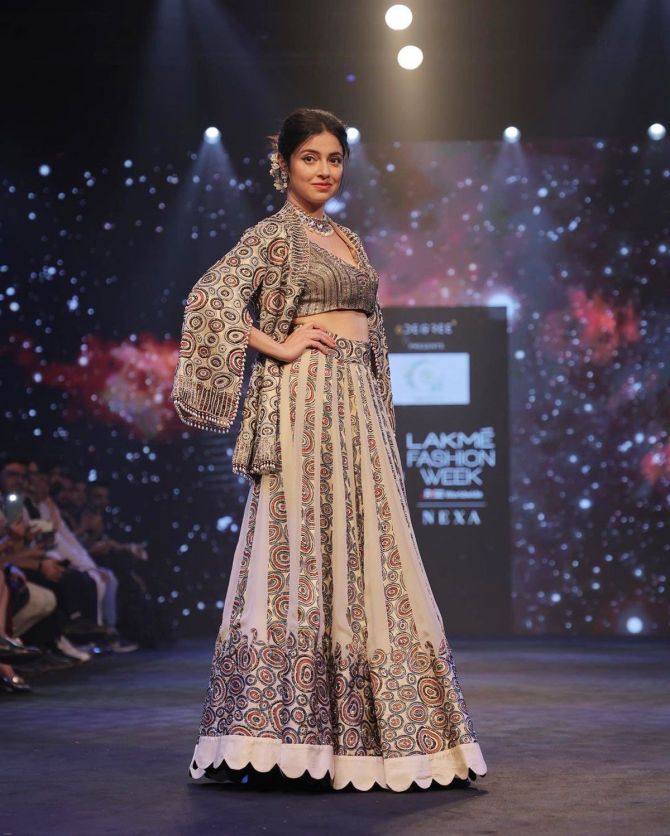 Three of India’s top designers — JJ Valaya, Tarun Tahiliani and Manish Malhotra — sprung some surprises at the recent FDCI x Lakmé Fashion Week, held in a physical avatar after two years with all its glitz and glamour.

One has tied up with a new-age fabric brand; the other has launched a luxury prêt collection; and the third has attempted to make couture more accessible with diluted price points — all in an effort to reach out to a larger, newer customer base. 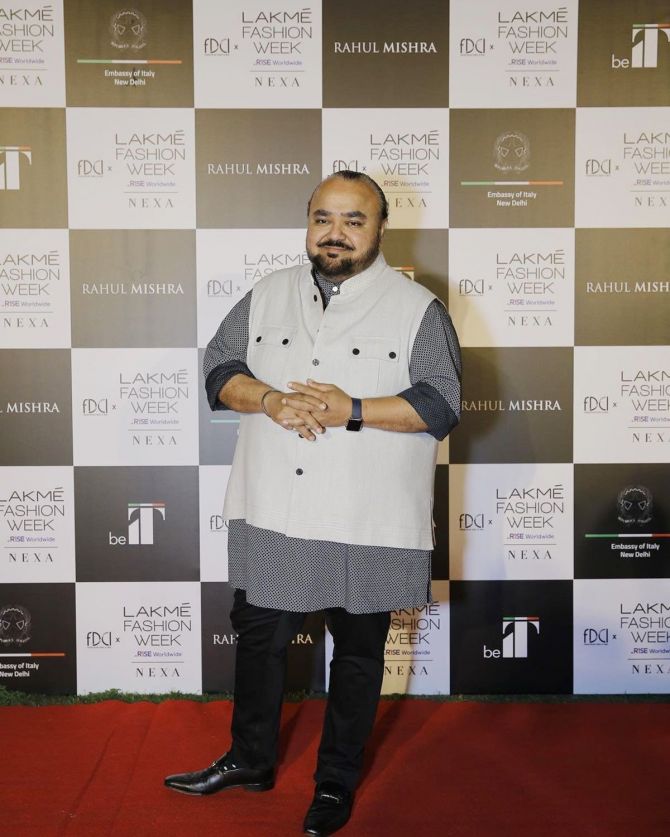 Marking three decades in the industry, Valaya has launched his “bridge-to-luxury” line, JJV, in collaboration with Tencel Luxe, an eco-filament yarn that gives the look and feel of silk but is made of renewable wood sources.

The couturier closed the first day of the week with an elaborate collection that paid homage to his forefathers and the Paris of Punjab — Kapurthala.

A departure from the designer’s signature heavy embroidery, the new collection is sleeker, featuring prints and chevron stripes.

“The line is an answer to make the brand more accessible to the larger audience who don’t have to essentially buy wedding clothes,” says Valaya.

“They just want beautiful clothes that they can wear at a variety of places whenever they feel like dressing.”

Starting at Rs 10,000 and going up to Rs 70,000, the collection consists occasion wear for travel. Saris, skirts, kaftans and jackets for “opportunities where you have to attend formal dinners, lunches or go to a concert or other places and you don’t have the right clothes,” says Valaya.

The new range is a big price shift for the designer, considering that some lehengas from his Bursa Chapter 2 collection are priced at Rs 295,000, while prices for others are available only on request.

The floral printed sari from the same collection is priced at Rs 125,000. 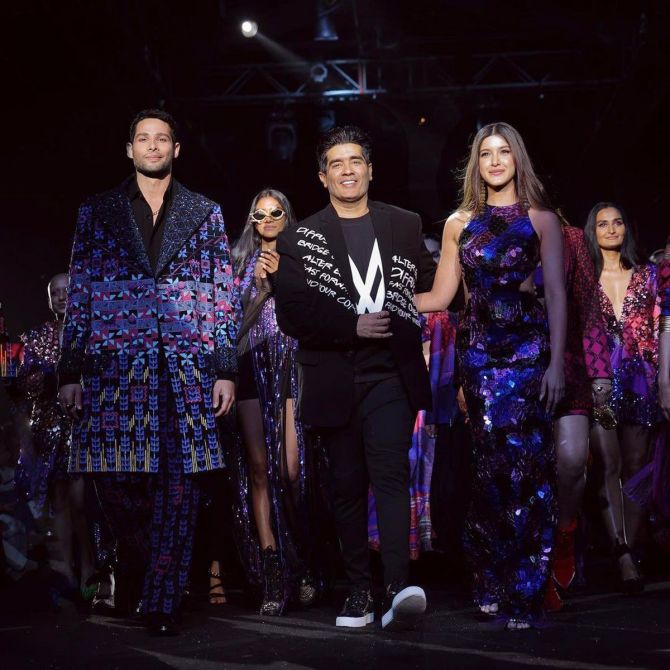 Expanding his brand’s footprint and offering a window into the world of couture, designer Manish Malhotra displayed his new “ease-to-couture” line, DIFFUSE.

“After 30 long years of laying the groundwork for couture, it was time to broaden my horizon to a younger demographic with an unapologetic fashion sense,” says Malhotra.

“The idea was to design clothes to find their core, vibe, or themselves in a more accessible and approachable manner.”

The colour palette of this eclectic collection featuring blazers with hoodies, embellished tops and printed jackets and skirts is a confluence of pinks, purples, blacks, blues, and greys and gradients. Prêt is a road he has been on before — first foraying into the space in the early 1990s with his Bhagalpur cotton series and later in 2001.

“The Bhagalpur series of cottons was a perfect example of luxury prêt as they used relatively inexpensive fabric but it was luxury because of the way it was cut, detailed, pinned up,” he says.

“The next burst for luxury prêt for the brand was in Milan in 2001, where the silhouettes were forced with a paired down western shape, floating on Indian craft.”

His new collection, Global Indian, is a sleek marriage of tradition and modern with a generous use of prints and zari threads with modern cuts and unusual textures.

“I always wanted to return to luxury prêt but due to the pandemic when we had no production, all our faculties and focus went into bridal.

“However, we are back with a bang and this is going to be a big mainstay of the business,” Tahiliani says.

Priced between Rs 24,990 and Rs 199,900, the collection is spread across saris, dhoti pants, structured corsets, and gowns for wo­men and bandhgala sherwanis, kurtas and churidars for men; with separates starting roughly at Rs 12,000.

The new paths that these doyens of Indian haute couture have chosen to tread signify a new age in fashion — making luxury fashion more attainable.

The move also points to a growing need to cater to a younger customer base, one that wants designer clothes not just for big occasions but also wishes to make them a part of their day-to-day lives by interpreting individual pieces in individualistic manners.

Stickers distributed to motorists allowing them to use ghat road