Even if the demonstrations are dealt with without large-scale violence, it is unlikely that Hong Kong will go back to what it was before the latest unrest erupted, observes Shyam Saran. 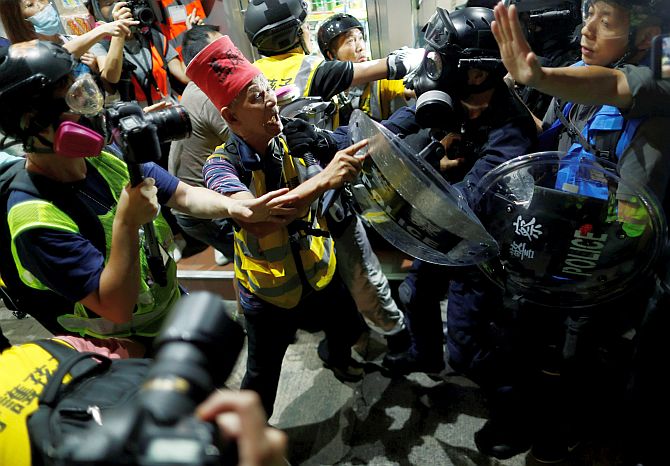 The political unrest in Hong Kong grinds on, taking on an increasingly violent and anti-China character. The prospect of a brutal and bloody crackdown of the mounting protests by Chinese troops is becoming more proximate.

The recent march by protesters holding United States flags, to the American consulate, openly urging intervention in their favour, is a provocation that, unanswered, will be a huge loss of face for Beijing and President Xi Jinping. China is now confronted with a choice among equally unpleasant alternatives.

The lesser evil in China’s playbook will be violent suppression followed by fully incorporating Hong Kong as an entity no different from Shanghai, Guangdong or Shenzhen. It will be ruled by laws drawn from the Chinese constitution and not its own Basic Law incorporating its colonial legacy of British jurisprudence.

This will spell its end as the third most significant international financial market in the world.

Its role in China’s integration with global markets will diminish.

It will exacerbate the growing trade war with the US, intensify political tensions and deliver a serious setback to China’s ambitions to assume a global financial status in keeping with its emergence as the world’s second largest economy.

While it is true that Hong Kong no longer plays the outsize role it did during the initial phase of China’s growth trajectory, it has remained critical to China as its key intermediary in expanding trade, banking and financial connectivity with the rest of the world.

With its already well-established trade channels, its sophisticated banking infrastructure and its own highly developed financial and securities markets, Hong Kong provided China with a pre-existing and dense web of interconnections which enabled the globalisation of its economy in measured and less risky increments.

Even today, over 60 per cent of total foreign direct investment into China goes through Hong Kong. Its banks have raised much needed finance for Chinese state-owned and private companies and served as a base for their expanding international activities.

Hong Kong’s stock market capitalisation is $5 trillion, only slightly less than China’s $6.3 trillion. The total volume of foreign currency deposits in its banks are $850 billion and much of these are held by mainland entities. There are over 1,300 foreign multi-nationals registered in the city, doing business with China but also with the entire Asia-Pacific region.

There is the Hong Kong Stock Connect enabling foreign institutional investors to gain entry into stock markets of Shanghai and Shenzhen. There is now a Bond Connect through which they can invest in China’s massive bond market now worth $12 trillion and the third in volume behind the US and Japan. Hong Kong is also the largest RMB offshore market. 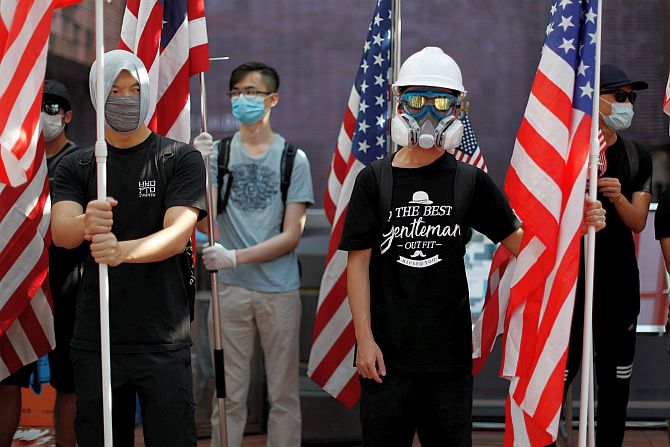 More importantly, Hong Kong is unique in being formally part of China but enjoying an autonomous status as a WTO member and enjoying privileges as a market economy which China itself does not.

Under the US-Hong Kong Policy Act of 1992, Hong Kong has access to the US market which go beyond what China does.

This enables China to acquire, through Hong Kong, high-tech items and services which may be denied to it otherwise.

With growing concern in the US and the West over intellectual property leakage to China, Hong Kong is of great value as an entrepot. US withdrawal of the special legislation will be a severe blow to Hong Kong and indirectly to China.

Even if the demonstrations are dealt with without large-scale violence, it is unlikely that Hong Kong will go back to what it was before the latest unrest erupted. Its success as an international financial centre was rooted in the confidence it enjoyed internationally as a safe and well managed regional trade and logistic hub, with a stable currency, a sophisticated banking system and well developed financial market.

Its legal system enjoyed credibility and familiarity in a Anglo-Saxon dominated world economy. The prolonged political unrest and violence on its streets, whatever the causes, has gravely undermined confidence in its future. It is unlikely to be restored.

China may have held its hand in suppressing the riots to avoid economic damage but in its calculus, the threat to its sovereignty and even greater blows to its prestige makes further restraint unlikely.

This also marks the demise of Deng Xiaoping’s advocacy of “one country, two systems” as an innovative instrument to facilitate the gradual integration of formerly detached territories like Hong Kong, Macao and Taiwan into the motherland.

In Taiwan, resistance to incorporation into China will persist and grow. There will be stronger voices in China calling for its unification through military means. We may expect rising tensions in the South China Sea region. 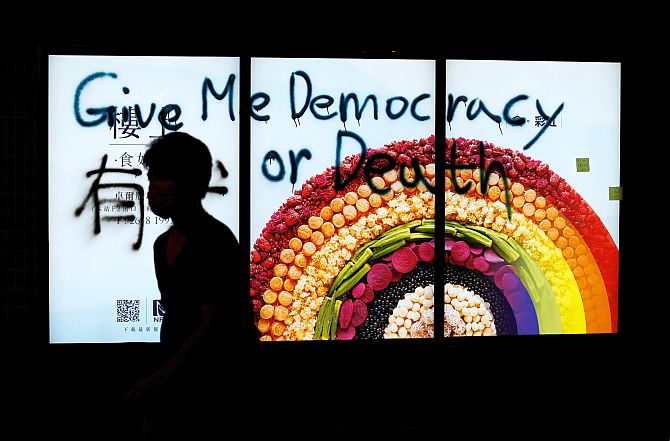 What is the outlook for the future?

There is likely to be a serious setback to China’s quest for integration with the global financial market and the internationalisation of its currency.

The Hong Kong crisis will worsen US-China relations and make it more difficult to seek compromises in their ongoing trade war.

While it will be difficult to unravel the dense economic and trade ties which bind the US and China together, there is an incipient de-coupling already in progress and this may be accelerated despite its economic costs.

China is likely to turn its attention to greater regional integration in Asia-Pacific through trade agreements like the RCEP and through currency arrangements such as the Chiang Mai initiative. The latter is being re-activated to aim at a RMB currency zone among China, Japan, South Korea and the 10 Asean nations.

These may also constitute the three geopolitical zones of the future competing and collaborating with one another in an essentially multi-polar world.

Where would India find itself in this new scheme of things?

Shyam Saran is a former Foreign Secretary and currently a Senior Fellow, CPR.