Petition says there is an abnormal foetal development of the kidneys

The Delhi High Court has permitted a 24-year-old woman to undergo the procedure of medical termination of her over 24-week pregnancy, noting that the chances of survival of the unborn child are very remote due to serious deformities in the foetus.

Justice Rekha Palli gave the decision after taking into consideration the report sent by the medical board of Lady Hardinge Hospital here.

In India, the Medical Termination of Pregnancy Act stipulates a ceiling of 20 weeks, for termination of pregnancy, beyond which abortion of a foetus is statutorily impermissible. In January last year, the Union Cabinet had approved the Medical Termination of Pregnancy (Amendment) Bill, 2020, which provides for enhancing the upper gestation limit from 20 to 24 weeks for special categories of women, including survivors of rape, victim of incest, and other vulnerable women like differently abled and minors.

“Once the medical board has clearly opined that the deformities in the petitioner’s foetus are likely to be incompatible with life and in case the pregnancy is carried to term, the chances of survival of the unborn child are very remote, as also the fact that the petitioner is found to be both physically and psychologically fit to undergo medical termination of her pregnancy, I am of the considered view that the petition deserves to be allowed,” Justice Palli said.

The judge also appreciated the proactive steps taken by Lady Hardinge Hospital in expeditiously constituting the medical board in terms of the court’s order.

The High Court had earlier directed Lady Hardinge Hospital to constitute a medical board and submit its report regarding the deformities which the foetus is stated to be suffering from, as also the feasibility of the termination of the pregnancy.

The High Court’s direction came on a petition by the woman, who sought permission to undergo medical termination of her 24-week pregnancy.

The woman, represented by advocate Sneha Mukherjee, said that the foetus is found to be suffering from “multicystic dysplastic kidneys” — an abnormal foetal development of the kidneys resulting in multiple irregular cysts of varying sizes.

The woman said this came to her knowledge only upon an ultrasound anomaly scan. She said that if her pregnancy is taken to its logical conclusion, there is a substantial risk that the child, if born, is likely to suffer from grave long-term morbidities.

From age to age: on time-travel films that have made, or missed, a mark 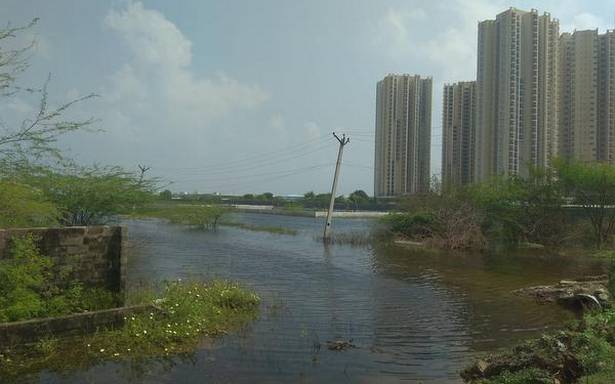