‘The really striking thing is that the Taliban has suo moto presented to us certain firm benchmarks against which it expects us to hold to account the Taliban rulers’s actions in the period ahead’ notes Ambassador M K Bhadrakumar, who played a stellar role in beginning India’s systemic dealings in Afghanistan in 1994. 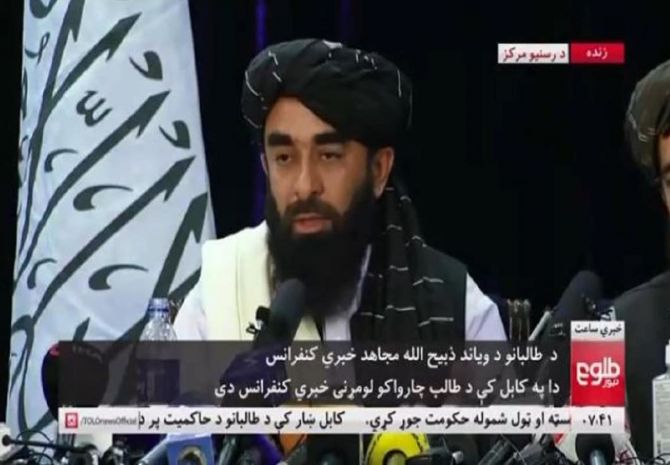 There is immense curiosity about the Taliban’s first moves following the dramatic return to Kabul after two decades.

The big question on everyone’s mind is whether the Taliban has ‘changed’ since the 1990s.

Opinions vary. But, so far at least, there are no signs of a return of repressive authoritarian rule.

The stunning press conference on Tuesday in Kabul by the Taliban spokesman Zabihullah Mujahid distinctly exuded an air of moderation and tolerance to dissenting voices.

The fact that local journalists could ask such provocative questions and get away with it has been widely noticed. Mujahid patiently answered.

The following quotes speak for themselves: 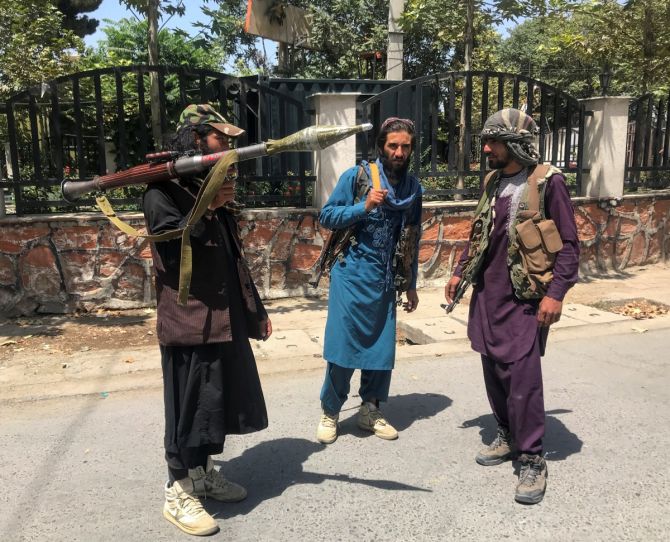 In particular, Mujahid said women would be allowed to work and study and ‘will be very active in society but within the framework of Islam’.

Similarly, his assurance that ‘Everyone is forgiven’ referring to former soldiers and members of Ashraf Ghani’s government has made a remarkable impression.

Two other specific remarks by Mujahid were of far-reaching consequence to any open society:

Why did Mujahid do such a risky thing? One, he came prepared to say what he said.

Most certainly, he acted under instructions from the leadership to put the above positions on record right at the outset even before forming a new government, as a confidence-building measure.

The press conference, which was open to the international media, will put the ‘Taliban-baiters’ who are barely surviving on fake news about theTaliban’s ‘excesses’ — largely based on hearsay and rumours — in some distress and confusion.

The point is, it is becoming difficult to hold on to stereotyped notions as if time stood still for the Taliban since they vanished from Kabul overnight in the winter of 2001.

To my mind, however, the really striking thing is that the Taliban has suo moto presented to us certain firm benchmarks against which it expects us to hold to account the Taliban rulers’s actions in the period ahead.

Clearly, the press conference was called precisely for this purpose. Doesn’t that mean something of immense relevance? 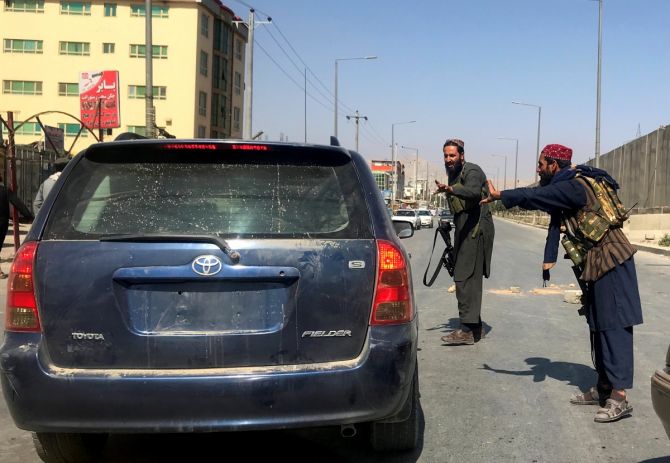 Equally, the visit by the top Taliban leader (and a scion of the powerful Haqqani Network) Anas Haqqani on Wednesday to former president Hamid Karzai’s home must be noted carefully.

Karzai has taken the initiative to form a coordinating group of himself, Abdullah Abdullah and Mujahideen leader Gulbuddin Hekmatyar to clear the pathway for forming an inclusive transitional arrangement.

Haqqani’s mission was in this connection. Abdullah was also present at the meeting.

It stands to reason that Haqqani plays a key role in government formation.

On Tuesday, Russian Foreign Minister Sergey Lavrov threw some light on the state of play in government formation.

Talking to the media while on a tour of Kaliningrad, Lavrov said: ‘Just like all other countries, we are not in a hurry to recognise them. Just yesterday, I spoke with Foreign Minister of the People’s Republic of China Wang Yi. Our positions overlap.’

‘We are seeing encouraging signals from the Taliban, who are saying they want to have a government with the participation of other political forces. They said they stand ready to continue the processes, including the ones that involve education, education for girls and the functioning of the state machine in general, without shutting the door to the officials who worked under the previous government led by President Ashraf Ghani.’

‘We are observing positive processes on the streets of Kabul, where the situation is fairly calm and the Taliban are effectively enforcing law and order. But it is too early to talk about any unilateral political steps on our part.’

‘We support the beginning of an all-encompassing national dialogue with the participation of all Afghan political ethnic and religious forces. Former President Hamid Karzai and Chairman of the High Council for National Reconciliation Abdullah Abdullah have already spoken in favour of this process. They are in Kabul. They came up with this proposal. One of the leaders of northern Afghanistan, Mr Gulbuddin Hekmatyar, has joined this initiative as well.’

‘Literally these days, as I understand, maybe even as we speak, a dialogue with a Taliban representative is going on. I hope it will lead to an agreement whereby the Afghans will form inclusive transitional bodies as an important step towards fully normalising the situation in this long-suffering country.’ 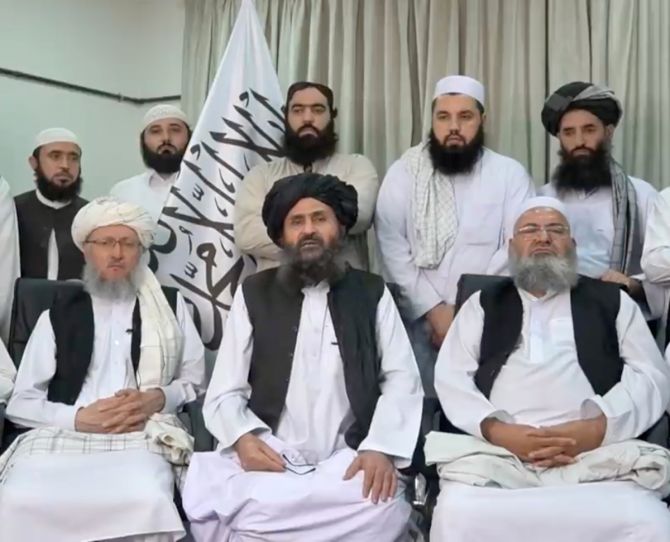 At a briefing in Beijing on Wednesday, Chinese foreign ministry spokesman Zhao Lijian echoed what Lavrov had stated.

Zhao said, ‘It will be possible to talk about whether China will establish new diplomatic relations with Afghanistan only after a tolerant and open government is formed there that would sufficiently represent the country’s interests.’

The template that is dramatically surfacing on the Afghan chessboard is the close coordination between Moscow and Beijing to steer events in Afghanistan toward the formation of a representative, inclusive, broad-based government that includes the Taliban.

This needs separate analysis as it is an unprecedented development in regional politics historically.

My sense is Pakistan is on board. Foreign Minister Qureshi again spoke with his Chinese counterpart Wang Yi on Wednesday after hosting Northern Alliance leaders in Islamabad.

Ambassador M K Bhadrakumar, who headed the Pakistan-Iran-Afghanistan desk at the ministry of external affairs in the 1990s, served the Indian Foreign Service for 29 years.

She confirms but refuses to reveal secret of Pawan Kalyan

I-League clubs knock on PM’s door to ‘save football’