‘For Modi, it’s not winning, but winning with style.’

“This election was not about Gujarat; it was about the whole country watching how Modi fared in Gujarat which will decide his trajectory in 2024,” says Shyam Parekh former editor of the DNA newspaper’s Ahmedabad edition.

With over 25 years of journalistic experience, Parekh is the co-founder of the Gujarat Literature Festival and head of the school of journalism at Aura University, Surat.

“AAP has eaten into the Congress vote share and will be looking at replacing the party in Gujarat. But as of now it is the BJP all the way — so there is no scope for the Congress and therefore for AAP,” Shyam Parekh tells Rediff.com‘s Archana Masih.

Democracy needs a robust Opposition whereas the Congress did not stand up to Modi. It was not energetic and active as an Opposition is expected to be.

Secondly, Modi is the son of the soil from Gujarat. People in Gujarat feel more connected to him rather than an Arvind Kejriwal or Rahul Gandhi. Moreover, he is the prime minister of the country. He is popular and mighty. They feel it is better to elect their own man rather than anybody else.

Thirdly, if one observes his trajectory in Gujarat, he has been able to sell the idea of development very well to the people. People’s expectations from politicians has changed.

Also, given the history of riots in Gujarat, there has been no rioting or stress on a large-scale since 2002.

Fourthly, this election was not about Gujarat; it was about the whole country watching how he fares in Gujarat which will decide his trajectory in 2024.

Did you expect the BJP to win so many seats in Gujarat?

No one expected it; I don’t think the BJP itself expected to win 156 seats. Everybody thought they would get around 120. The Congress was still thought of as a formidable force — not as a party — but as a choice for those who don’t want to vote for the BJP.

What were the reasons that the BJP pushed aside the spectre of anti-incumbency, reported disillusionment with the government, price rise etc to win so handsomely?

People believe that no matter which party is in power there are certain factors that will remain in play always and that you can’t punish a chief minister or a prime minister for mehengai (price rise) because it is going to be there no matter who comes to power.

Does this mean that as long as Mr Modi and Mr Shah are in charge, the BJP can win in Gujarat even without a popular CM face?

The BJP could have won nonetheless, but I’m not sure it would have seen such a historic win. For Modi, it is not just about winning, but winning with style and this is what he did.

It is also a message of endorsement going out to the whole country that he needs support for another term as PM. 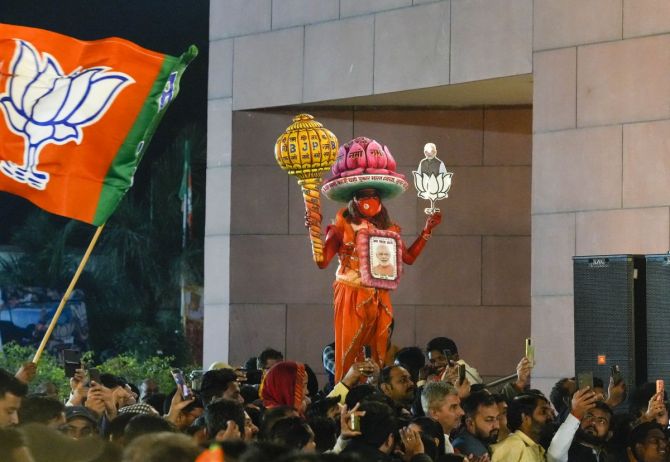 Is there a second rung of BJP leadership emerging in Gujarat?

The second rung will comprise who Modi trusts and supports. Yesterday’s result shows that there is no second rung and he is the only one on whom the identity of the party rests upon.

Up till 2024, I don’t see any scope for a new set of leadership to grow unless Modi so wishes.

This is a golden opportunity for the party because Modi is a stellar leader and they are looking at a third term at the Centre under him.

I don’t see anything stopping Modi from coming back in 2024. The Gujarat win has set the stage for that. 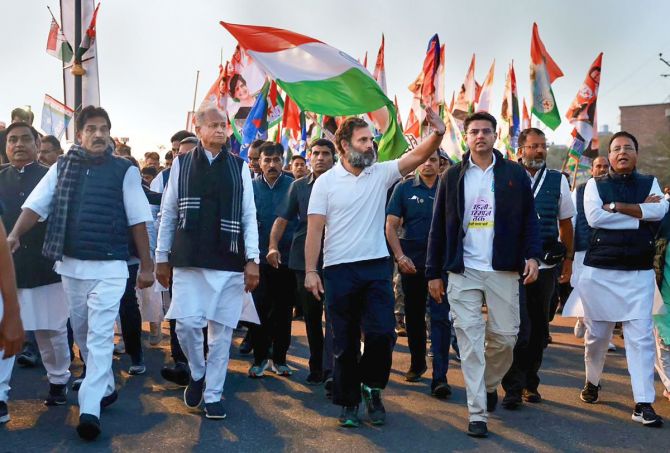 How do you account for the Congress’s indifference in fighting the election in Gujarat with serious intent?
Did the party give up the battle even before it commenced because its leaders thought it would be better to focus on the four big elections next year?

It seems the Congress has decided not to fight Modi in Gujarat and not look at Gujarat for power. There is nothing else that explains their position since 2000.

The grassroot workers have been standing tall against the BJP wave. The problem is with the top leadership where decisions are taken and where there has to be a will to fight, like they did in Himachal Pradesh.

The Congress is diminishing in power and not growing in Gujarat.

How will the Congress go into other battlegrounds where it will have to face similar challenges from the BJP — organisational support, stellar leaders, money power — if it does not fight an election with earnest intent?

Many issues matter in an election. If voters choose to punish a ruling party, they will elect another party even if it does not have a penny.

These parties were not in a good shape in terms of manpower or funds, but people were tired of the parties that were in power at that time and wanted change.

When there is no clear vote for a change, then a party needs money, muscle power and resources — power and pelf can help, but cannot alter an election result. Does 2022 mark the end of the Congress in Gujarat?

The Congress still has around 26% vote share in Gujarat which despite their follies is a sizeable vote share. AAP has taken away a sizeable chunk of their votes, but the overall Opposition vote share has not gone down.

This shows that there is a sizeable number in Gujarat that wants another party, unless that party stands up and meets people’s expectations.

The Opposition has to be clear about its state leaders and CM face. 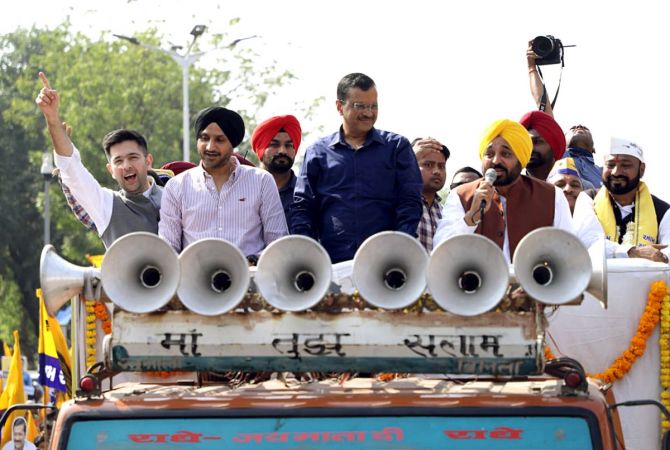 How can AAP with its north Indian roots strike a chord with Gujarati voters if it hopes to pose a challenge to the BJP in 2027?

It needs to integrate into Gujarat. It is seen as an outsider party with no roots here. When Gujaratis have a prime minister of their own, why would they want to experiment with a newbie on the block.

AAP tried to play soft Hindutva which did not work. Diehard BJP voters would vote for the BJP, why would they switch to AAP?

The freebie issue was countered well by the BJP and AAP could not come up with a response.

And they lost the battle.

AAP won around 13% vote share which is impressive for its debut and is eyeing the 2027 election in Gujarat. Can it pose a challenge to the BJP?

AAP has eaten into the Congress vote share and will be looking at replacing the Congress in Gujarat. But as of now it is the BJP all the way — there is no scope for the Congress and therefore for AAP.

AAP will have to wait it out. There will be clarity after 2024 about how things will pan out.

TCS back as India’s most valued firm; RIL is 2nd

Suspended DU V-C writes to Kovind, gives up charge on completion of 5-year-term