‘From the tiniest to mid-level organisations and even some at the lower end of the large-scale ones would say that computerisation and the extensive documentation and regulatory requirements for GST have made the compliance process worse in many cases.’ 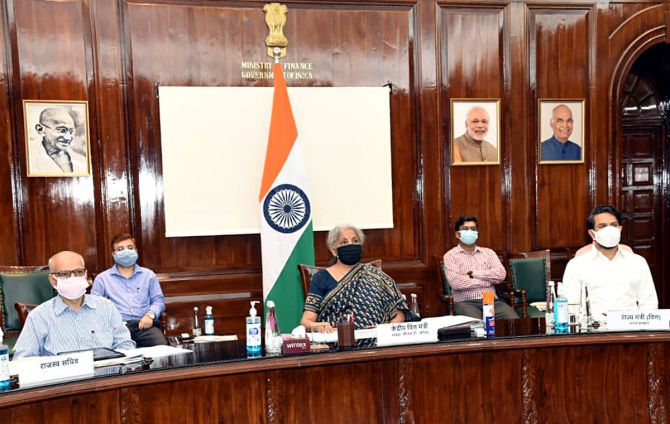 After four years of GST implementation neither is there tax buoyancy, nor has the taxation system been made easier, says Tamil Nadu Finance Minister Palanivel Thiagarajan in an interview to Dilasha Seth/Business Standard.

You are a new entrant to the four-year-old GST Council and have attended two crucial meetings. What are your views on the GST regime and what according to you needs an immediate change?

There were two types of risks.

One was, can you operationalise such an inherently complex system because so many states are giving up their taxation rights.

The second and far more worrisome at that time was that India was the most centralised large nation in the world. It is the least federal with concentration of powers in one place.

So, four years later, the question we really have to ask ourselves is, did we achieve the gains we were supposed to achieve and have we suffered the cost that we were afraid of?

We did not achieve the gains we expected to achieve. There is no buoyancy. There is neither a big boost to revenues nor a move to an easier system of taxation.

I think from the tiniest to mid-level organisations and even some at the lower end of the large-scale ones would say that computerisation and the extensive documentation and regulatory requirements for the GST have made the compliance process worse in many cases.

On the cost side, we have suffered the loss of independence we were afraid of. And on top of that we have seen worse. We have seen problems and execution we never expected to see.

Four years down the line, why do you think we have not been able to achieve the kind of tax buoyancy initially estimated? Do you attribute it to frequent GST rate reductions or was the rate structure flawed right in the beginning? We started with 227 items in the 28 per cent slab, and that has now come down to 28.

That is just one part of the problem. Like the former Kerala finance minister (Dr Thomas Isaac) has said, the rates are not revenue-neutral.

Now, there are a couple of ways of looking at this. You can always make an argument for supply-demand optimisation.

It is possible that a scenario existed where there could have been an increase in volume because of ease of doing business by way of standardisation or digitisation.

It is possible that all those could have led to higher collection despite you reducing the rates in a neutral way.

But in this case, I think you’ve got both problems.

The system is certainly not revenue-neutral in its design, and the execution has been extremely bad.

GST, being a destination tax, has impacted revenues of large producing states, which is reflected in the compensation requirements. How impacted is Tamil Nadu, which is one of the industrial states?

Tamil Nadu is a high-production state. It punches above its weight in production. So when the whole notion of GST came up, it was said GST was going to change the nature of taxation away from production to consumption.

Now, at some level that’s true. But, if you take a state like Tamil Nadu, that should not be as true for it is a high per capita high-production state.

We have 80 million people. There is lower income inequality in Tamil Nadu than it is in most places. Therefore, we are also a very high-consumption state.

It is not just high production but high per capita incomes which lead to high per capita consumption. So, multiply that by 80 million people and we should be a high-consumption state also on a relative basis of course.

So when you look at it from that perspective, you should find that integrated GST should be flat or at best marginally lower. That means we must get back a little less than we pay out because we produce and send it to other states, in theory.

But if you look at the gap, the gap is huge — thousands of crores of rupees a year.

How is it possible that I am missing thousands of crores of rupees a year?

Yes. So, these are all the reasons why I think there is leakage in the system, and why buoyancy has not been achieved.

While GST was aimed at strengthening cooperative federalism, the contrary seem to have happened. States are talking about a trust deficit with the Centre. How do you look at it?

I think the design was bad. There is a fundamental problem in the construct of this… And it’s the whole ‘one state one vote’ thing where the system is basically riddled with conflicts of interest, particularly in the northeastern states and all that.

So, the system is broken anyway, but at the end of it, there’s a whole question of the difference between a consensus and unanimity.

I raised this in the meeting the last time. I don’t want to be seen as confrontational, but I just want to make a few points that the design itself is utopian.

The taxation system is like shares in a company. When you go to the annual general meeting, not everybody gets an equal vote.

The vote in the GST Council should be in proportion to the GST collected.

No age for learning, says 54-year-old Jharkhand Minister who is going back to school

‘Treat plea on regulation of powers as representation’

Brahmaji: Why are actresses not contributing?