Modi is expected to address the UN General Assembly on September 27 while Pakistan Prime Minister Imran Khan is expected to raise the Kashmir issue during his speech. 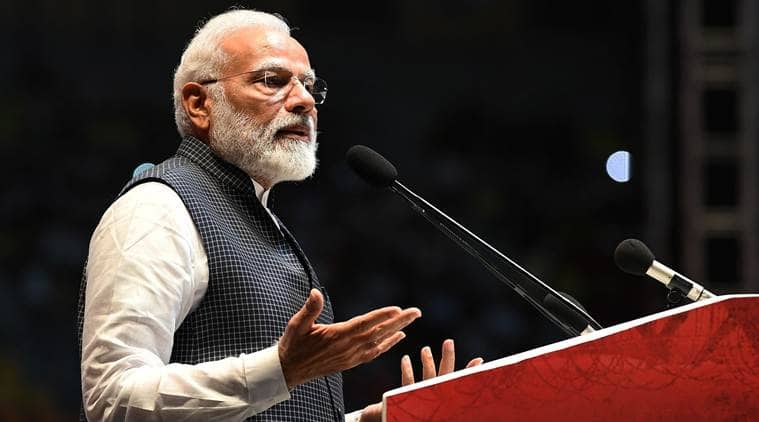 AWARE OF the international spotlight on Jammu and Kashmir after it removed its special status, split it and downgraded the state into a Union Territory, the NDA government is keen to avoid any escalation that can draw further global attention to the issue ahead of Prime Minister Narendra Modi’s visit to United Nations General Assembly on September 27, sources told The Indian Express.

Sources said the government’s aim to avoid giving more ammunition to Pakistan over Kashmir could also influence its decisions on further steps on the ground. “The government is keen to see that the situation on the ground is seen as easing without any major incidents before the Prime Minister attends the UNGA meeting,” said a source.

The source added that this could also mean easing of curbs on political leaders “but it’s still early days”.

Since the J&K move, several Opposition leaders have been detained across the state, including former chief ministers Mehbooba Mufti and Omar Abdullah. Sources said the government is aware that their prolonged detention could seriously undermine its case that the move is meant to strengthen governance.

A number of moves by the government over the last few days indicate this mood, sources said. On August 16, hours before the UNSC’s closed-door consultation on Kashmir on China’s request, J&K Chief Secretary B V R Subrahmanyam announced easing of restrictions in the Valley. He said that communication would be restored in a phased manner.

Pakistani attempts to ratchet up the tension over India’s move on J&K and rustle up support on global platforms have made little headway, barring an informal consultation within the UNSC at China’s behest. Most countries, including some OIC members, have made it clear that Kashmir is a bilateral issue.

According to sources, Prime Minister Modi’s visit to UAE Friday ahead of the G-7 summit in Biarritz, would be used as an opportunity to clarify India’s position on the issue, just like Foreign Minister S Jaishankar’s meetings in Beijing during his August 11-13 visit and August 19-21 visit to Dhaka.

“All these meetings will prepare the ground for Prime Minister Modi’s visit to UNGA where Pakistan is expected to go hammer and tongs over our move on Kashmir,” said sources.

Modi is expected to address the UN General Assembly on September 27 while Pakistan Prime Minister Imran Khan is expected to raise the Kashmir issue during his speech.

Sources said the government and the BJP are “optimistic” that the “situation in Kashmir” would “improve” by the middle of September.

What that improvement means no one is hazarding a guess. The view in the BJP is that the situation isn’t “as bad as had been anticipated”. But there is also the realisation that cellphones are off, lockdown is prolonged and this has ensured that protests are sporadic and smaller in scale, more neighbourhood oriented. “Once phones are back, that may quickly change,” said a source.

“But the party had done a lot of preparation which included taking small communities and different groups in the Valley into confidence,” a senior BJP leader said. “Both the BJP leadership and the Prime Minister himself met a number of people from the Valley.”

Hindi Medium 2: Irrfan Khan expected to shoot the film in Rajasthan next week

There is need to promote culture where students earn while studying: Kerala Minister