Economic Affairs Secretary Tarun Bajaj said the government on a regular basis is monitoring 14-15 parameters which can give early signs of where the economy is heading. 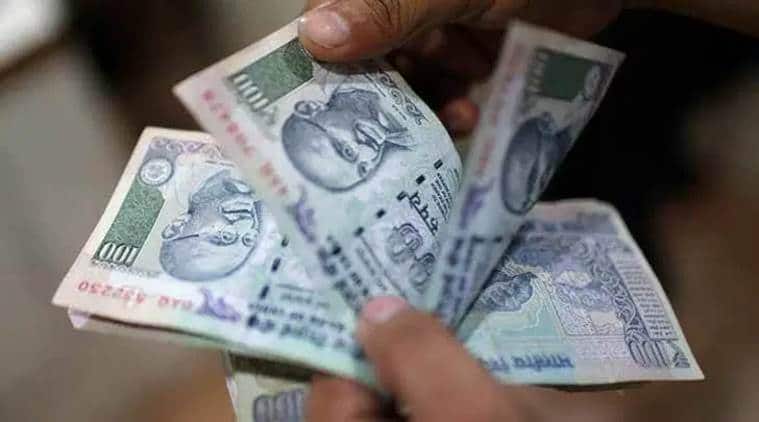 The government is unlikely to meet the Budget targets for 2020-21 due to the COVID-19 crisis but contraction in economic growth may not be as severe as being pointed out by the outside world, Economic Affairs Secretary Tarun Bajaj said.

He said the government on a regular basis is monitoring 14-15 parameters which can give early signs of where the economy is heading. This includes E-way Bill, power consumptions, GST collections etc and every parameter is showing promising result, he said.

On the figures of first advance tax collection as of June 15, he said, “the revenues that were collected that month gave us a promise that this year, if we continue in that manner and we are not saddled with any more surprises, may not be as bad as the outside world thinks or as we were thinking.”

Last month, the International Monetary Fund (IMF) projected a sharp contraction of 4.5 per cent for the Indian economy in 2020, a historic low, citing the unprecedented coronavirus pandemic that has nearly stalled all economic activities.

“We will not be able to achieve our Budget Estimate (BE) figures but the kind of contraction some of the people are mentioning may also not turn out,” he said.

Acknowledging that India went for severest lockdown in the world, he said, it had its impact on the economy.

It brought down the economic growth to 4.2 per cent while pushing the fiscal deficit to 4.6 per cent during 2019-20, he said.

However, he expressed confidence that the country will be back on the growth journey from next year based on the incoming data.

“Unless COVID-19 hits us very badly and we have to change our strategy in the middle which seems very unlikely now, I am expecting a ‘V’ shaped recovery for the next fiscal. This year (current fiscal) may be a lost year for us but it is not that it will continue next year,” said the secretary of the Department of Economic Affairs (DEA).

Bajaj also highlighted that COVID-19 crisis was also used as an opportunity to usher in long pending reforms in the agriculture sector to ensure better price for farmers for their produce.

The government also approved ‘The Farmers (Empowerment and Protection) Agreement on Price Assurance and Farm Services Ordinance, 2020’ to empower farmers to engage with processors, aggregators, wholesalers, large retailers and exporters.

He said the emphasis of the government is to meet infrastructure spend and capital expenditure targets of public sector enterprises.

“I have spoken to large infrastructure spend departments and I have assured them that even if I have to borrow a little more I will do that but you should achieve your infra spend targets for the current year,” he said.

Capex plans of big PSU companies are also being monitored, he said, adding, Rs 2-3 lakh crore is going to be spent by them.

In line with the Aatmanirbhar Bharat Abhiyan package, he said, the government will soon come out with a list of strategic sectors, and public sector companies in non-strategic sectors will be privatised.

Finance Minister Nirmala Sitharaman had in May announced that there will be a maximum of four public sector companies in strategic sectors, and state-owned firms in other segments will eventually be privatised.

Along with privatisation, there is a lot of emphasis on monetisation, he said, adding that the government is working on various models in this respect.

“We are working with road, power, rail, shipping so that we actually get more funds for infrastructure spend,” he said.

On the issue of setting up a bad bank he said, it has not been decided yet.

“I have few discussions. We have not arrived at any conclusion on that,” he said.

All armed forces’ branches to be open for women: Rajnath Singh

Citizenship Bill will in no way cause harm to Assam & NE: PM

Mizoram extends restrictions as Bengal revises some of its rules

IPL 2020, KKR vs MI: ‘He will exceed all expectations’ - Dinesh Karthik’s big prediction for KKR batsman