PM Modi referred to the successful bid to privatise loss-making government-run airline Air India, and said this shows his dispensation's commitment and seriousness. 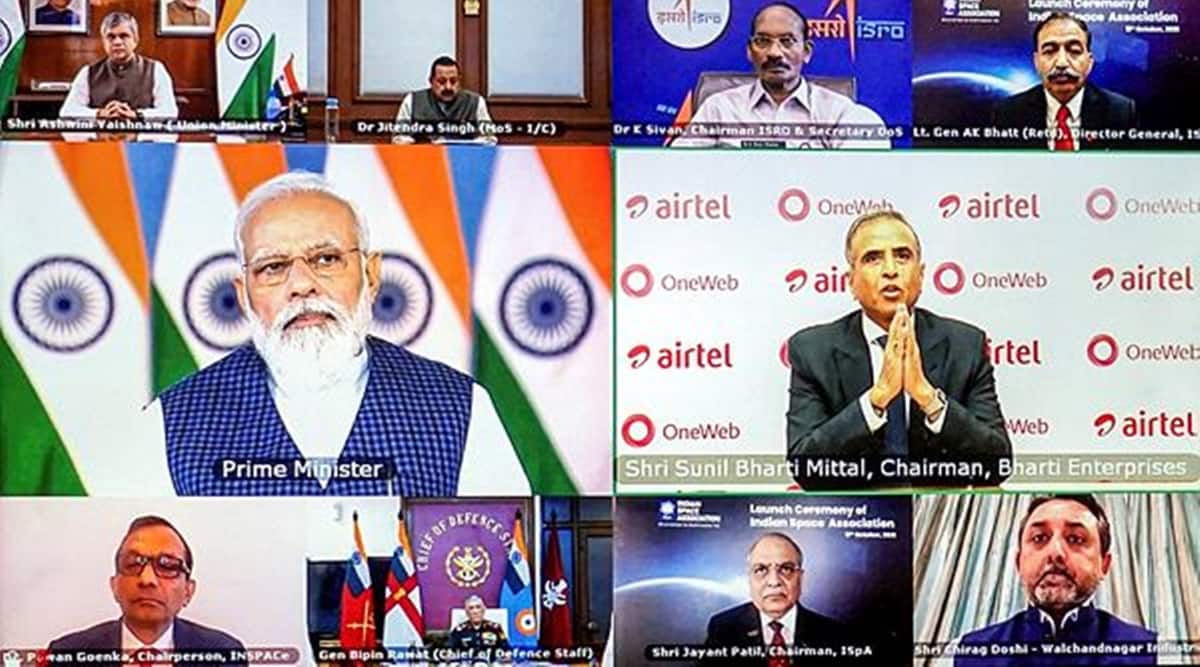 Prime Minister Narendra Modi on Monday cited his dispensation’s push for wide-ranging reforms, including the privatisation of Air India, to assert that the country never had a more “decisive government”.

Launching the Indian Space Association (ISpA), an industry body aspiring to be the voice of the country’s space sector, Modi noted that fields like mining, coal, defence and space have been opened to private players, and said his government’s clear policy about public sector enterprises is to open those to private industry where its presence is not required.

While opening a host of sectors, the government has built a regulatory environment in which priority has been given to national interest as well as the interests of different stakeholders, he said.

The prime minister referred to the successful bid to privatise loss-making government-run airline Air India, and said this shows his dispensation’s commitment and seriousness.

An unshakable faith in India’s capabilities and the belief that it is not an iota less than any other country in the world are driving its approach and reforms in the 21st century, Modi told the audience after members of the space sector shared their views.

“It is the government’s responsibility to remove any obstacle in that direction, and the government is leaving no stone unturned for this. India never had a more decisive government,” he said, adding that the reforms related to the space sector and technology are a part of these efforts.

Space sector, he noted, was once synonymous with the government sector but his government has worked to change this mindset.

He said this is not a time for linear innovations for the country but for exponential innovation and this, Modi added, will be made possible when the government plays the role of an enabler and not handler.

That is why it has been sharing expertise in sectors ranging from defence to space, he noted.

He said India is seeing reforms on such a wide scale because its vision is clear, which is about having an ‘Aatmanirbhar Bharat’.

This is not merely a vision but a well-though, planned and integrated economic strategy too, he said, adding that it is aimed at making India a powerhouse of global manufacturing.

Modi said his government’s approach to reforms in the space sector is based on four pillars; allowing the private sector freedom of innovation, government playing the enabler’s role, preparing youngsters for the future and envisioning the sector as a resource to help the common man’s development.

He said India is among the few countries which has end-to-end technology in the space sector and called upon the industry to work to make the country a part of supply chain for the end-to-end space system.

As a partner, the government has been helping industry, young innovators, start-ups and will continue doing so, he added.

The prime minister observed that a tendency of trying to rule the space and the space sector divided the world in the 20th century, and said India will have to ensure in the 21st century that the field plays an important role in uniting and connecting the world.

The space sector is a major medium for the progress of 130 crore countrymen, Modi said, adding the field for India means better mapping, imaging, and connectivity facilities to help people.

During the last seven years, space technology has been converted into a tool of last-mile delivery and providing leakage-free and transparent governance, he said.

The prime minister emphasised the importance of making technology accessible to everyone.

Giving an example of the use of digital technology, he said India is among the top digital economies today because it could make the power of data accessible to the poorest of the poor.

He also expressed confidence that through the suggestions of all stakeholders a better Spacecom policy and Remote Sensing Policy, which is in the final stages, will soon emerge.

Noting that it is also the International Girl Child Day on Monday, Modi expressed hope that women will play a bigger role in the space field in the coming days, and said the sector will have an important contribution in shaping India’s journey when it celebrates its 100th independence day in 2047.

The ISpA will undertake policy advocacy and engage with all stakeholders in the Indian space domain, including the government and its agencies, the government has said.

Echoing the prime minister’s vision of ‘Aatmanirbhar Bharat’, the ISpA will help in making India self-reliant, technologically advanced and a leading player in the space arena, it added.

MRTS to connect Adambakkam and Ullagaram through shuttle services