‘…for at least 6 months and give them peace of mind to get back on their feet.’
‘Entrepreneurs are suffocating and not able to run their companies peacefully.’

One sector that continues to struggle despite all the stimulus packages announced by the government is the MSME sector (Micro, Small and Medium Enterprises).

It all started with demonetisation, followed by the faulty implementation of GST.

Then came the pandemic and the circle of woes was complete.

Reports say 9% of MSMEs have closed down due to the pandemic in the last two years.

K E Raghunathan, convenor, Consortium of Indian Associations, who had told Rediff.com last year that the MSMEs were in the ICU, says that this year they are either suffocating or in the burial ground now.

The final segment of a three-part interview with Rediff.com‘s Shobha Warrier:

Do you attribute rising unemployment due to these micro and small enterprises dying?

Absolutely. Banks are not willing to give loans to the micro enterprises, and they are dying every day.

The ones that have survived so far, are not able to make profits because the price of the raw material has become very high.

They are just entrepreneurs; you cannot expect them to be technology savvy.

Reports say that exports have risen by 25% in January. Will it in any way help the MSME sector?

Wish it is. They talk about higher exports and higher GST collection.

Why is exports so high? Because in the last one year, the prices of raw materials have gone up by 70%.

So, if you look at the balance sheet of the basic raw material companies, you will see that they have posted three times higher profit than the previous year.

The container shortage was eased out in December and January, and thus the accumulated stocks were exported.

In the Budget speech, the finance minister said there was a record GST collection in January.

It is not because of an increase in business but because of the raw material price increase and filing of quarterly returns by certain eligible units.

If you look at the volume of business done, it is much less.

If you compare the consumption of steel one year back and now, you will see that it is 30% less.

But if you look at the turnover of the companies, you will see that it is about 2 times higher! And that is only because of the increase in price.

So, we are living in a myth perpetuated by misleading figures.

The myth is, businesses are doing well.

The truth is entrepreneurs are suffocating and not able to run their companies peacefully.

What do you think will happen to Make in India, Aatmanirbhar Bharat, etc?

They are just slogans and will remain slogans. This government has excellent script writers, but they fail miserably in implementation of ideas.

They say, we have grown because 34 companies became unicorns whereas 300,000 other start up are unable to stand up.

When the stock market shoots up, they say the market is booming.

So, what will happen to the MSME sector?

The micro entrepreneurs are confused and clueless.

They are entrepreneurs because they have the passion to do business.

But they are in a highly confused and in volatile state right now.

No entrepreneur will look for freebies, or government support to do business. All they wanted was a 6-month relief.

What they say is, you don’t ask me money, and you don’t give me money.

The government, instead of giving them relief, it is engaged in punishing them with penalties, possession notices, auction sales notice, and what not.

The government should stop harassing entrepreneurs for at least 6 months and give them peace of mind to get back on their feet.

Today, behind every entrepreneur, there is a sad story to listen to. 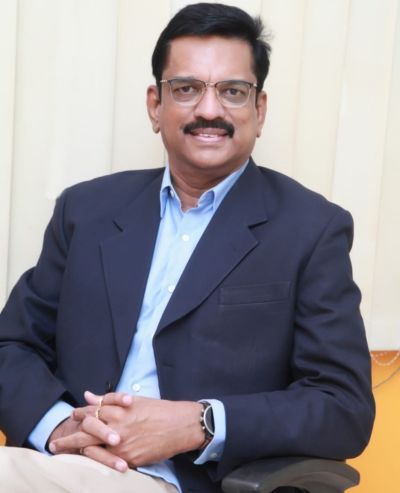 Have the previous governments also been harassing entrepreneurs like this, or is this something special to this government?

It has never been like this. I have been an entrepreneur for 37 years, and I have never seen such tinkering with policies.

Even though the terrain of the playground was difficult, the goal post was never changed.

Only in the last five years, I have seen goalposts changing very often.

It all started with demonetisation, then with the GST misfiring.

Even after 4 years, the government is still talking about tinkering with the GST rates.

There is a trial-and-error of policies in every action. Sadly, this trial and error is tried out on micro entrepreneurs.

Last year when we spoke, you had said, the MSME sector is in the ICU. Where is it now?

Many are in the burial ground; some are on the ventilator and life supporting system.

But the fact remains, entrepreneurs do not give up easily and that is what keep them alive.

British royal couple at Bondi beach in Australia, Taliban attack in Kandahar, and other news in pictures

No work for workers: Tough times as sports shutdown due to COVID-19 pandemic

Ranveer Singh calls this Deepika Padukone’s ‘Is this any time to come home?’ glare. See pic