The letter, dated July 23, stated that “lynching of Muslims, Dalits and other minorities must be stopped immediately”, and that the slogan “Jai Shri Ram” has become a “provocative war cry”. 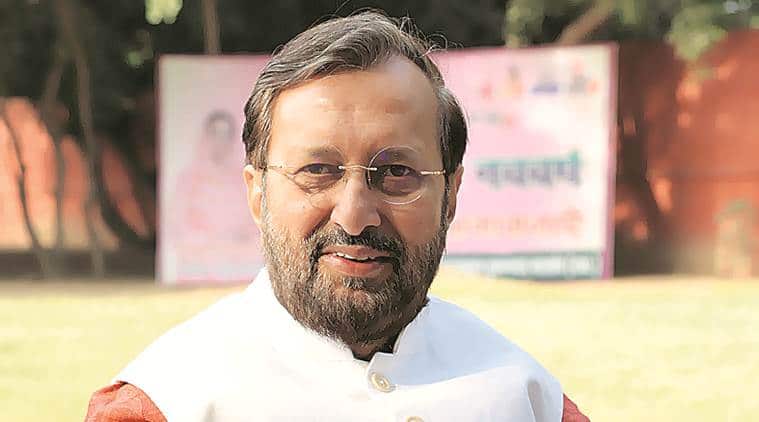 Facing criticism over cases being filed against 49 eminent personalities who wrote a letter to Prime Minister Narendra Modi on lynchings across the country, Union Minister Prakash Javadekar Saturday said the government has nothing to do with it.

“Government has not lodged any case. An individual went to the court which has passed an order,” the minister was quoted as saying by PTI.

On Friday, the Bihar Police had booked all the signatories of the letter, written more than two months ago, on the charges of sedition, public nuisance and breach of peace.

The letter, dated July 23, stated that “lynching of Muslims, Dalits and other minorities must be stopped immediately”, and that the slogan “Jai Shri Ram” has become a “provocative war cry”. The letter maintained that there is “no democracy without dissent”, and that people should not be branded as “anti-nationals” or “urban Naxals” for voicing dissent.

On July 27, Advocate Sudhir Kumar Ojha had filed the complaint before the Muzaffarpur chief judicial magistrate alleging that these famous personalities had tried to “tarnish the image of the country and undermine the impressive performance of the prime minister” besides “supporting secessionist tendencies”.

The FIR was filed on October 2 under IPC sections 124A (sedition), 153B (assertions or assumptions prejudicial to national integration, 160 (committing affray), 290 (committing public nuisance), and 504 (breach of peace).

HC flays police for not providing details of missing children

Bringing art to the people